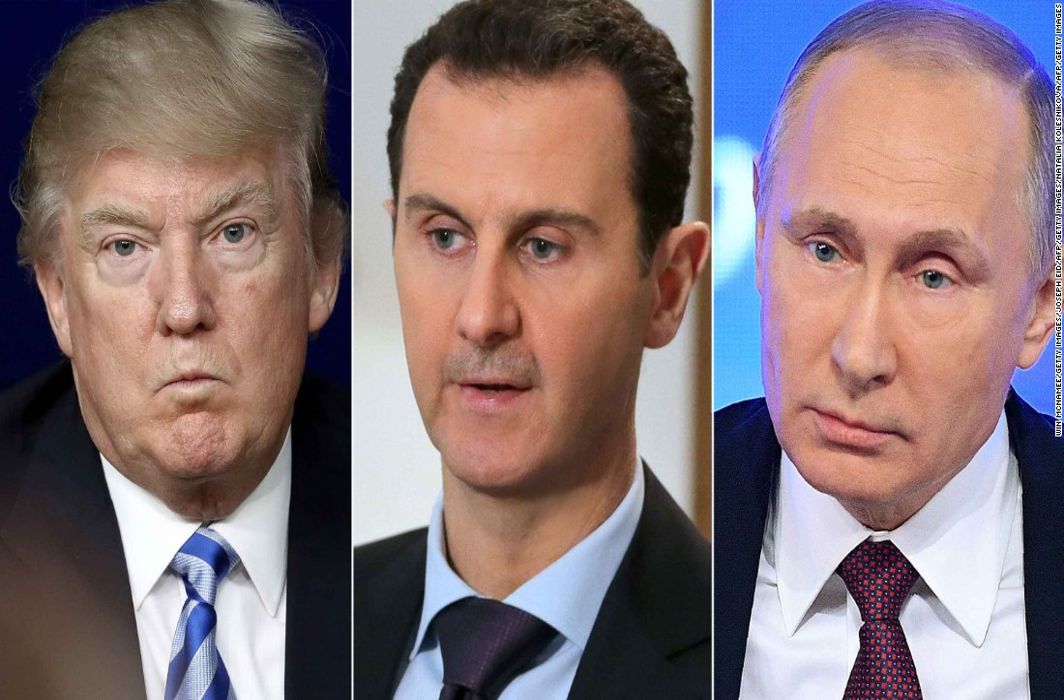 Syria has once again become bone of contention between United States and Russia. The Syrian army’s ongoing operation in Eastern Ghouta where reports of killings of  more than 270 people-having conflicting description- civilians or the terrorists, has brought Washington and Moscow face to face. However, both have demanded discussion at Security Council.

On Wednesday, Russian Military has announced that armed groups in Syria’s militant-held Eastern Ghouta were preventing civilians from leaving the conflict zone while US Ambassador to UN Nikki Haley has called on the Security Council to pass a resolution calling for a 30-day ceasefire in the area.

The statement issued by Russian military on Wednesday said that the talks aimed at peacefully resolving the situation near the capital had broken down. “Calls by the Russian ceasefire monitoring center for illegal armed rebel groups in Eastern Ghouta to cease resistance, lay down their weapons, and regularize their status have produced no result,” said the statement.

He said, “This is necessary given the concern that we’ve heard today in order to make sure that all parties can present their vision, their understanding of this situation and come up with a ways of getting out of this situation.”

On the other hand Nikki Haley’s statement said, “It’s time to take immediate action in the hopes of saving the lives of the men, women, and children who are under attack by the barbaric Assad regime.”  She called for the ceasefire to allow aid to be delivered to Ghaouta.

Meanwhile, UN Secretary General Antonio Guterres, while calling the rebel-held enclave as “hell on earth”, has demanded an immediate cessation of aerial attacks.

The top UN diplomat, while addressing a UNSC meeting on Wednesday said, “My appeal to all those involved is for an immediate suspension of all war activities in Eastern Ghouta. This is a human tragedy that is unfolding in front of our eyes, and I don’t think we can let things go on happening in this horrendous way.”

Aljazeeera reports that Syrian forces backed by Russian warplanes continued to pound the Damascus suburb leaving at least 27 killed on Wednesday, touching the death toll to more than 270, including 60 children in three days. About 40,000 people live in the besieged area for years by the government forces with few supplies reaching to the desperate population.

Syrian government headed by President Bashar al-Assad is a close Russian ally while US and Israel were allegedly supporting the anti-Assad groups. Damascus, Tehran and Moscow claim of having evidences supporting this narrative.