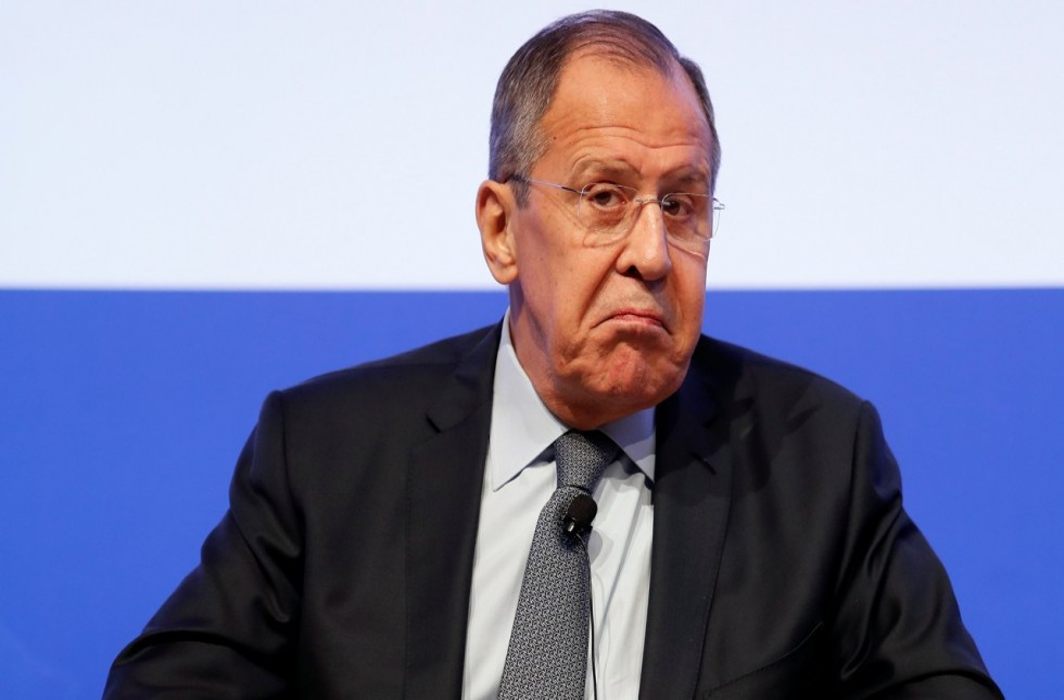 Nobody in these areas wants the Damascus government to return, says US

Russia has demanded that all foreign forces, including those of US-led coalition present in Syria without authorization from Damascus, should withdraw after total defeat of Daesh (IS) terrorists.

While addressing Rome MED Mediterranean Dialogue on Friday, Sergei Lavrov said that all foreign forces have to withdraw from Syria and expressed hope that the so-called military coalition to adhere to fighting Daesh as propagated by US Secretary of State Rex Tillerson and other American officials.

He was quoted saying to the reporters, “There is legitimate presence based on an invitation from official authorities, but there is illegitimate one, namely presence of the U.S.-led coalition and special forces’ troops from a wide range of foreign countries who nobody has invited. After terrorism is defeated, the first step should be the pullout of those who stay illegitimately in Syria.”

He also said, “Attempts to make it difficult to finalize the counter-terrorism operation would not be tolerated.”

According to Syrian official SANA news agency, Lavrov said that the de-escalation zones agreement reached via Astana process changed the situation on the ground and warned against using these zones for dividing Syria.

Meanwhile, Washington Post reports that Brett McGurk, US presidential envoy for coordinating Counter Islamic State Coalition has told reporters at UN, “Nobody in these areas wants the Damascus government to return – meaning flags, army. That would be, I think, something that would not be stabilizing.”

He claimed that Syrian civilians flee areas controlled by IS or taken from IS by the Assad regime, whereas they return to their homes in areas that the US backed Syrian Democratic forces recapture.

Syrian government and its allies, Russia, Iran and Lebanon’s Hezbollah defeated all terror groups including Daesh (IS), Nusra front, an Al-Qaeda outfit and others clubbing all anti-Assad forces as terrorists. However, US consider Nusra Front and other groups as Assad’s opposition and have been openly supporting them.

Joel Gehrke of Washington Post writes that if US led coalition withdraws from Syria it would leave Syrian President Bashar Assad, backed by Russian and Iranian forces, in military control of the country. He considers that Lavrov’s “warning is part of jockeying for long-term control of the strategically significant Syria.”

On October 12, Lavrov said that US Secretary of State Rex Tillerson, during a telephone conversation three days earlier, had assured him that the US’ only goal in Syria was fighting the terror outfit.

The US-led coalition began airstrikes against what they said to be Daesh targets in September 2014 without any authorization from Damascus or a UN mandate. Syrian government has repeatedly accused US-led coalition of targeting and killing its civilians and armed forces.

Russian foreign minister had earlier asserted that the presence of the US-led coalition in the form of “a wide range of foreign countries” is “illegitimate” because “nobody has invited them”.

Russia was invited by Damascus to defeat terror groups including land holding Daesh. Moscow has been providing air-cover to the military operations by targeting Daesh positions and other militant groups since September 2015.