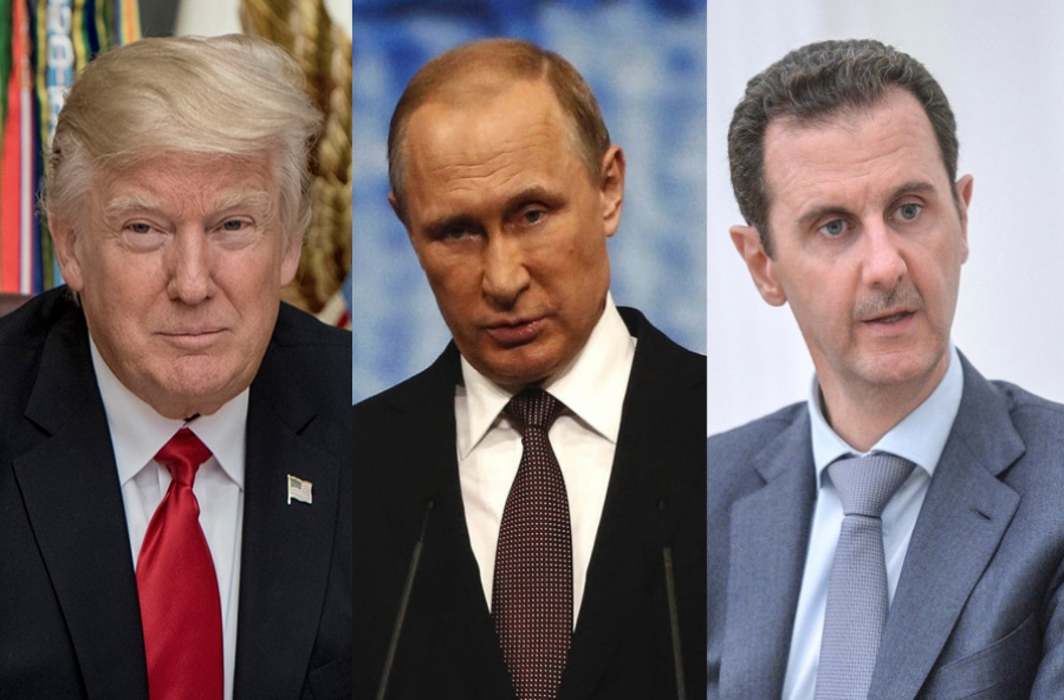 In a blunt attack on US policy towards Syria, Russia has for the first time alleged that US is imparting training to terrorists at it’s bases in that country. The Russian military top brass says that the terrorists have been instructed to “destabilize” Syria.

US forces are based in Syria without having being invited by Damascus government or mandated by United Nations. Syria has repeatedly asked US to withdraw their forces, part of the so-called coalition against terrorism.

In an interview published in Russia’s Komsomolskaya Pravda daily on Wednesday, Chief of the General Staff of the Russian Armed Forces Valery Gerasimov said the US had turned its military base near the town of al-Tanf in the south eastern part of that country into a training camp for militants.

Responding to a question about situation at the US-run al-Tanf base, the Russian official said, “According to satellite and other surveillance data, terrorist squads are stationed there. They are effectively training there.”

He was quoted saying, “With the beginning of the events in Syria, the General Staff was monitoring the situation, knew the peculiarities of the tactical action of these gangs. We understood that in addition to terrorist actions, they used some tactics. These gangs were headed by commanders who had been specially trained by instructors from a number of countries in the Middle East and from Western countries. There even were former officers of the Iraqi army.”

Syria, Iraq and Iran have been reiterating the involvement of regional countries including Israel, Saudi Arabia and some other gulf states in providing arms, ammunitions and training to the opposition groups fighting against Syrian and Iraqi forces.

According to Sputnik News, the Russian official said that over the period of fighting, militants had also captured a large number of weapons and equipment from Syrian and Iraqi army.  He stressed that “They had up to 1,500 tanks and armored vehicles alone in their arsenal. Plus, some 1,200 artillery pieces and mortars. It was de facto a regular army.”

However,  the Russian top brass military official noted that the Russian army in Syria engaged in hostilities with some 70,000 Daesh terrorists with about 60,000 of them having been eliminated.

He said that Russian priority in Syria in 2018 will be to defeat Jabhat Fatah al Sham terror group (formerly Jabhat al-Nusra or Nusra Front).

General Gerasimov accused US of using a refugee camp at Shaddadah in Syria’s Hasakah Province as a training center for the Daesh (IS) remnants.

Russian jets have been conducting air raids against Daesh and other terrorist groups at Damascus government’s request since September 2015. President Vladimir Putin, while visiting Syria recently had ordered withdrawal of its forces. However there are indications of continuous engagement with terrorist groups in certain areas.