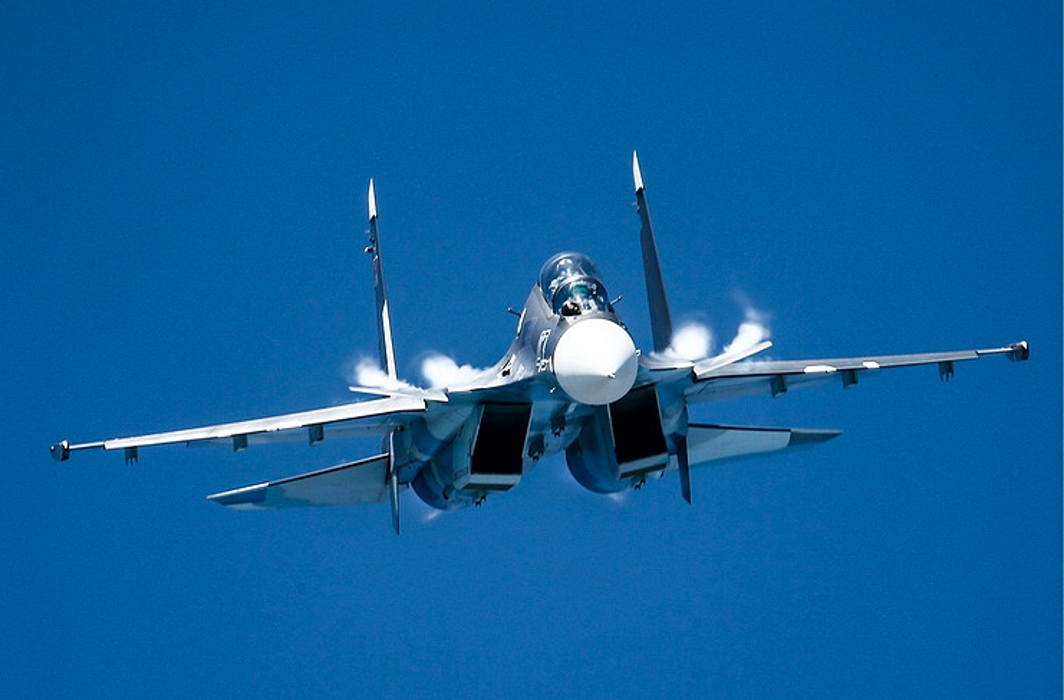 A Russian fighter jet Sukhoi-30SM has crashed Thursday morning in the Mediterranean killing both pilots, the Defence Ministry told in Moscow. However, the Russian media has clarified that the jet was not shot down and may have crashed because of a bird in the sky.

The Russian Defence Ministry issued a statement saying, “At 09:45 on May 3, a Russian Sukhoi-30SM fighter crashed in the Mediterranean during the climb shortly after taking off from the Khmeimim airdrome. As follows from an onsite report, both pilots tried to keep the plane under control till the last moment. Both died.”

The Defence Ministry statement further said, “According to preliminary information, the reason for the crash could have been a bird falling into the engine. There was no fire impact on the plane.”

Hmeimim is a western Syrian airbase currently operated by Russians. Moscow also runs a naval facility in Tartus, another city in western Syria.

AFP reports that the Thursday’s accident brings Russia’s official military life losses in Syria to 86. Russia has been cooperating with Syria since 2015 to contain terrorist groups including Daesh (IS) and other groups supported by certain foreign powers.

Russian military intervention in Syria began in September 2015, after the official request by the Syrian government headed by President Bashar al-Assad for military aid against the terror groups. The intervention initially consisted of air strikes fired by Russian aircraft stationed in the Khmeimim base.

Prior to the intervention, Russian involvement in Syria had mainly consisted of supplying the Syrian army. At the end of 2017, Russia said its troops would be based in Syria permanently.