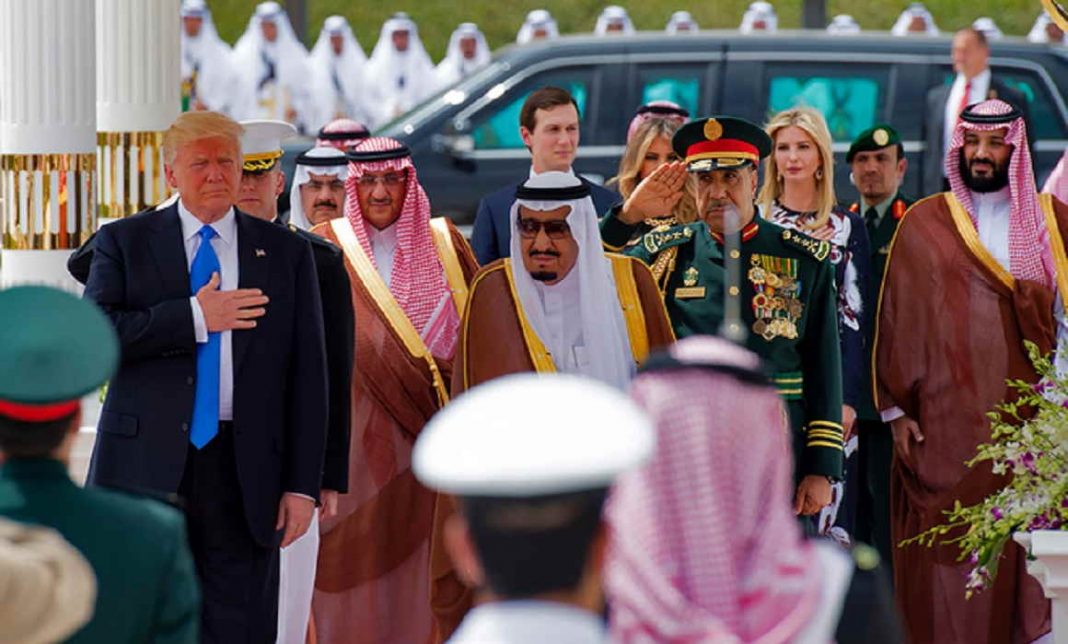 A recent New York Times story about what transpired during US President Donald Trump’s meeting with Russian Foreign Minister Sergei Lavrov and Russian ambassador Sergei Kislyak in the Oval Office on May 10 at the White House, may affect Trump’s maiden five-country eight-day foreign trip. It might be a “considered” move, on behalf of NYT, to spoil the US media priorities while Trump meets Muslim leaders in Saudi Arabia, reach out to Israel’s leadership on Middle East crisis, visits the Vatican and attends the NATO summit in Brussels next week.

The New York Times broke the story on May 19, on the basis on an undisclosed document, that President Trump told Russian officials that firing FBI Director James B. Comey had relieved him of “great pressure”.  He told the Russians: “I just fired the head of the FBI. He was crazy, a real nut job.” The document was claimed to be read to the NYT by an American official. Trump was quoted as saying, “I faced great pressure because of Russia. That’s taken off.” He assured Russians saying “I’m not under investigation.” President Trump met the Russian officials on May 10, the day after he fired Comey on May 9.

After the news was broken, White House Press Secretary Sean Spicer defended Trump saying it was Comey’s  “grandstanding and politicizing” of the Russian investigation that put pressure on the administration’s ability to engage Moscow. He further said President Trump has always emphasised the importance of making deals with Russia as it relates to Syria, Ukraine, defeating ISIS and other key issues for the benefit and safety of the American people.

A White House spokesman further said, “The investigation would have always continued, and obviously, the termination of Comey would not have ended it. Once again the real story is that our national security has been undermined by the leaking of private and highly classified conversations.”

Lot of contradictions were reported over the White House’s decision to fire FBI chief Comey. Initially, it was argued that he was fired based on the recommendations of Deputy Attorney General Rod Rosenstien. But Trump embarrassed the White House with a tweet saying he “wanted to fire Comey for months”. In an NBC interview last week, Trump was quoted saying that “regardless of the recommendation, I was going to fire Comey”.

However, a person familiar with Comey’s thinking, was quoted by CNN, saying Comey now believes that President Donald Trump was trying to influence his judgement about the Russia probe.

The source admitted that Comey’s relationship with Trump was uncomfortable from the start. One Comey memo reportedly claims that Trump asked FBI director to “let this go” — referring to the FBI investigation into General Michael Flynn’s contacts with the Russians. However, Trump had, on Thursday, angrily denied asking Comey to end the investigation.

Flynn served as National Security Adviser from January 20 to February 13, 2017, the shortest stint. He was forced to resign after information surfaced of him misleading Vice President Mike Pence about the nature and content of his communications with Russian ambassador Sergey Kislyak.

Finding himself in the centre of cyclone, Trump also raised alarm over the appointment of former FBI director Robert Mueller as special counsel to oversee the federal investigation into Russian interference in the 2016 US presidential elections. Trump said on Thursday that the appointment of a special counsel which “hurts the country”- proves he (Trump) is the subject of the “single greatest witch hunt of a politician in American history”.

It was interesting to note that during Trump’s meeting with top Russian officials, the US media was not invited. A photographer associated with Russian state media organisation TASS was in the room for part of the meeting. The high profile interaction was organised after Russian President Vladimir Putin made a personal request to President Trump when he spoke with him earlier this month.

The New York Times had announced on January 17 that it will spend $ 5 million for covering the new President in the White House. Jack Shafer, a Politico media columnist, in one of his articles, said, “Trump is making Journalism great again.” Shafer wrote a few months later, “Donald Trump and his forthcoming presidency maybe the greatest gift to Washington journalism since the invention of the expense account.”

President Trump has more than once changed his stance about Russian involvement in the run-up to presidential elections held in 2016. Recent developments clearly indicate that the Russian ghost will keep President Trump busy for some time.