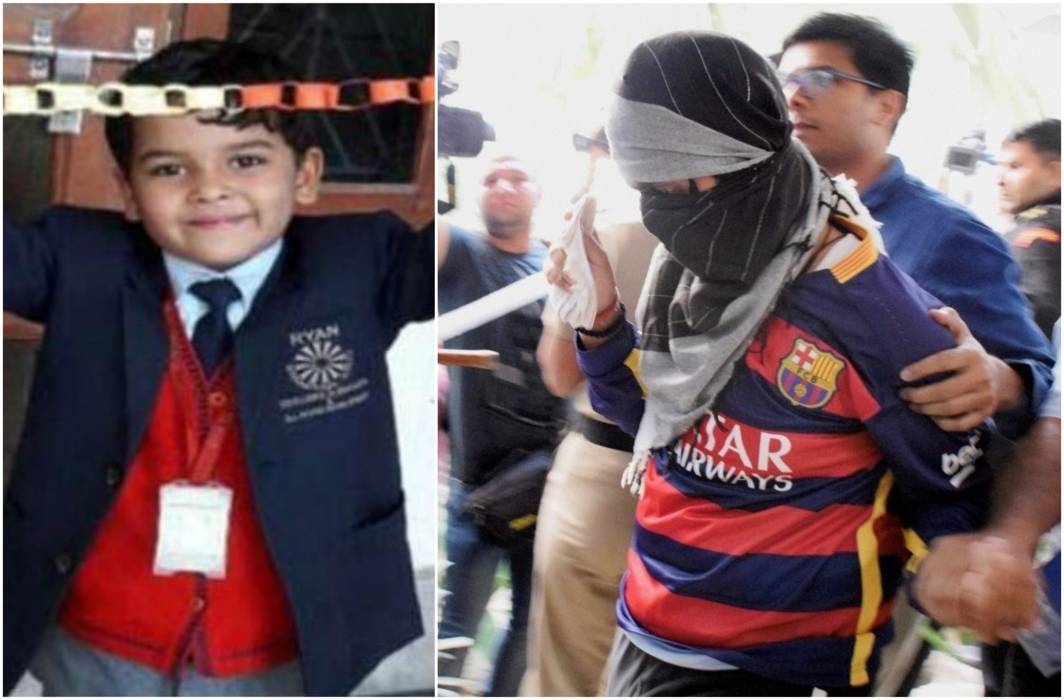 The CBI gave clean chit to school bus conductor, Ashok Kumar, who was earlier arrested by the Gurgaon police, with charges of Pradyuman’s murder.

Charging a 16-year old for the murder of seven-year-old Pradyuman Thakur in the toilet of the Ryan International School in Gurgaon, the Central Bureau of Investigation (CBI) on Monday filed a 2,500 pages charge sheet, claiming that it had enough evidence to prosecute the accused whose fingerprints were found from the crime scene.

Submitting the charge sheet, along with a trunk and two bags full of documents, the probe agency also gave clean chit to school bus conductor, Ashok Kumar, who was earlier arrested by the Gurgaon police, with charges of Pradyuman’s murder.

With the court having instructed to refer the juvenile accused as ‘Bholu’ and the victim as ‘Prince’, the CBI mentioned in its charge sheet, “During investigation by CBI, sufficient evidence in the form of oral, documentary and forensic report has come on record which substantiate that Bholu has committed the murder of Prince on September 8.”

Further countering the investigation of Gurugram police and seeking the discharge of Ashok, it said, “No evidence has come on record to substantiate the involvement of conductor Ashok Kumar in committing the murder of Prince. No traces of sexual assault were found. No blood stain was found on his clothes. Ashok’s presence inside the washroom has been explained and found to be justified and true based on independent versions of several witnesses and minute analysis of CCTV footage.”

The Gurgaon police had earlier on September 8 registered an FIR against the bus conductor under section 302 (murder) of the IPC, 25 of the Arms Act and 12 of the POCSO Act and 75 of the JJ Act. While two other officials of the Ryan International School – Francis Thomas and Jayesh Thomas — were also arrested for negligence in maintaining safety and security, the CBI, in its charge sheet before the court of additional sessions Judge Jasbir Singh Kundu, named only the juvenile and charged him under section 302 (murder).

Highlighting the contradiction in the statement of the accused, the charge sheet mentioned, “Bholu is seen entering the school campus at 7:34:05 hrs as per the CCTV which means his friend had already entered the school and reached his class on second floor. This was first and foremost clear cut contradiction of Bholu about explanation for his presence in the ground floor during the incident.”

“Bholu has also admitted before CBI to have searched on the internet about removing finger prints from the crime scene. He had also searched in August about various poison, their effects and their sources,” it added.