Home Latest world news Saad Hariri: I am free in Saudi Arabia, will return to Lebanon... 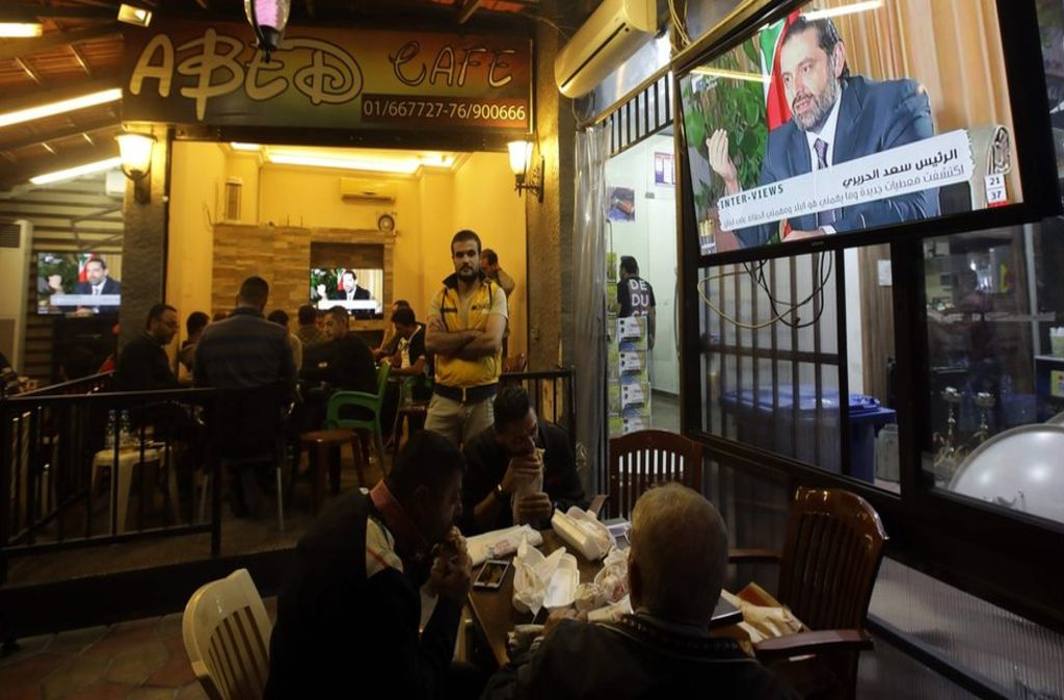 In a dramatic move, Lebanon’s Prime Minister Saad Hariri said on Sunday that he “gave a positive shock” to protect his country from imminent danger by tendering his resignation and has pledged to return to Beirut “within days”.

Speaking to Future TV, run by his own Future Movement party, in Riyadh, Hariri said he was free in Saudi Arabia. He said he will return to submit his resignation and seek a settlement with his rival in the coalition government. This was considered to be a reference to Hezbollah, the alleged pro-Iran group.

“I saw what happened … when my father was martyred. I don’t want the same thing to happen to me,” Hariri said. His father Prime Minister Rafik Hariri, was assassinated by a car bomb in 2005 in Beirut.

However, he said that withdrawal of his resignation would be conditional on the Iranian backed Hezbollah committing for remaining neutral on regional conflicts. Hezbollah sent its fighters to Syria for supporting Bashar al-Assad army in its fight against terror groups, particularly Daesh (IS). He said, “We are in the eye of the storm”.

On November 7, three days after Hariri’s resignation, Saudi Arabia’s minister for Gulf Affairs, Thamer al-Sabhan, reportedly said that Lebanon’s government has been warmongering against Saudi Arabia because of what he described as aggression by Hezbollah, the Iran backed group. “Lebanon is kidnapped by the militias of Hezbollah and behind it is Iran,” he said.

Al-Arabia had reported that Saudi King Salman had informed Saad Hariri of the details of Hezbollah’s aggression and made him aware of the dangers imposed by the group.

Hariri resigned from his office while travelling to Saudi Arabia on November 4. According to Reuters, he received a telephonic call from Saudi Arabia late evening on November 3 for a visit without accompanying aides or officials. Next day he was shocked at Riyadh airport when no dignitary came to receive him; instead his cell phone was confiscated. By the evening he was forced to announce his resignation on Saudi official Al-Arabia TV channel.

Lebanon President Michel Aoun, on November 11 said to the Beirut based foreign envoys and political leaders that Hariri was kidnapped by Saudi officials. He said “mysterious circumstances for Hariri’s stay in the Saudi capital of Riyadh makes all his positions questionable and in doubt and not of his own volition.”

An-Nahr, a leading Beirut based newspaper, said on Monday that Hariri had unexpectedly announced his resignation on November 4 in “a pre-recorded” message on Saudi TV, criticising Iran and Hezbollah citing danger to his own life.

Earlier, Hezbollah leader Hassan Nasrallah had also alleged that Hariri’s resignation was illegal as it was a pre-recorded broadcast.

Aljazeera’s Beirut based journalist Zaina Khodr observed, “The aim of this interview really is to try and convince the majority of the Lebanese that he is not a hostage, that he has the freedom of movement and that the Saudis are not dictating to him what to say or what to do.”

She said, “The majority of the Lebanese believe, in one way or another, that there is something wrong.” Hariri was tense throughout the interview taking few glasses of water.

Hariri’s appearance on TV on Sunday came after several days of his mysterious absence from public eyes. He was last seen at Abu Dhabi on November 6.

An-Nahar further said that Saudi Arabia has stepped up its rhetoric against Iran and Hezbollah accusing both of supporting Houthis in Yemen where Riyadh is leading war since March 2015.

Observers believe that Iran’s widening influence is worrying Riyadh and other Arab countries, especially members of Gulf Cooperation Council (GCC). Qatar, one of the GCC members, is already out of the alliance for all practical purposes after Saudi lead quartet, including Bahrain, UAE and Egypt, severed diplomatic ties in early June this year.

Iran has also played substantial role in the historic success against Daesh (IS) terrorists in Syria and Iraq. All three countries allege that Saudi Arabia played nefarious role in creating Daesh to implement American and Israeli plans in the region.

Recently Riad Kamel Abbas, the Syrian Ambassador to India told APN that they were fighting Saudi Arabia’s wahabi extremist ideology while crushing Daesh and other terror groups in his country.