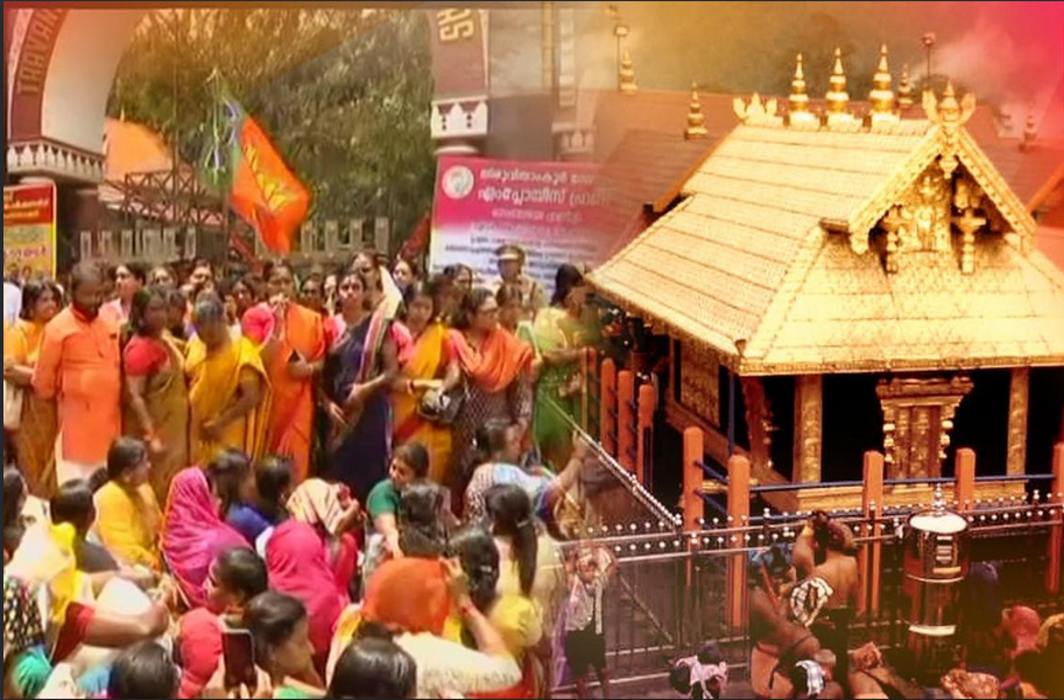 Kerala BJP president PS Sreedharan Pillai said the Sabarimala agitation “was part of the BJP agenda” and that it was a golden opportunity for them in the State, according to media reports. He was reportedly speaking at a meeting of the party’s youth wing in Kozhikode on Sunday.

Reacting to this, Kerala chief minister Pinarayi Vijayan said on Twitter: “The odious politics and perfidious ways of BJP stand exposed. Evidence has surfaced that BJP leaders in the State connived to create trouble in Sabarimala. It must be noted that their State president himself was involved in the ruse. This is highly condemnable.”

Pillai reportedly said the BJP had a “well organised” plan for the agitation through which “’it could score over its rivals.’”

“We put forward an agenda and all others surrendered before it. The protests from October 17 to 22 were planned and executed by the BJP. We debuted our two state general secretaries to camp at specified places and they successfully completed their mission. When women tried to enter the shrine, it was a district general secretary of the Yuva Morcha who mobilised devotees and prevented the move,” Sreedharan Pillai claimed, according to media reports.

In an audio clip, purportedly from Pillai’s address to the Yuva Morcha state committee in Kozhikode, Pillai can be heard claiming that the chief priest of the Sabarimala Temple consulted him over closing the doors of the sanctum sanctorum if women tried to enter the shrine, reported News18.

In the audio clip, which has since gone viral, the BJP leader purportedly said chief priest Kandararu Rajeevaru was apprehensive about shutting the doors of the temple as he feared contempt of court but he decided to go ahead with the decision after consulting him.

“The Thantris community has more faith in BJP and its state chief. When women were about to enter Sabarimala, he called me up. I had given him a word and it coincidentally came true. He was a bit upset over shutting the doors of sanctum sanctorum fearing it would invite contempt of court. I was among the few he had contacted that time.

“I said he is not alone. We’d be the first to be slapped with the charges of contempt of court if it comes. There would be tens of thousands of people to be with him. Upon our word, he took a firm stand. That decision had actually left the police and the administration baffled. We hope he’d repeat it again. Later, I became the first accused and he the second accused on charges of contempt of court… As we both figured in, his confidence increased,” he allegedly told the gathering.

Pillai did not deny making the speech and instead said it was on the BJP youth wing’s Facebook page, reported News18. He said the speech was intended to motivate party workers and show them the “democratic way” of protest. “It is now aired to distract everyone from the merciless acts going on in Sabarimala,” he said.

On the conversation with the Thantris, Pillai said he was only providing legal opinion as a political leader and legal adviser but refused to divulge more details.

Reacting to the clip, Kerala chief minister Pinarayi Vijayan said on Twitter: “The odious politics and perfidious ways of BJP stand exposed. Evidence has surfaced that BJP leaders in the State connived to create trouble in Sabarimala. It must be noted that their State president himself was involved in the ruse. This is highly condemnable.”

The Sabarimala shrine opened for a special puja today (Monday, November 5) evening, weeks after violent protests against the entry of women of all ages into the Sabarimala Temple rocked Kerala.

Police said 2,300 personnel, including a 20-member commando team and 100 women, have been deployed to ensure smooth ‘darshan’ and security of devotees, a move that came in for criticism from the erstwhile royal family of Pandalam, the Bharatiya Janata Party (BJP) and the Congress for such fortification.