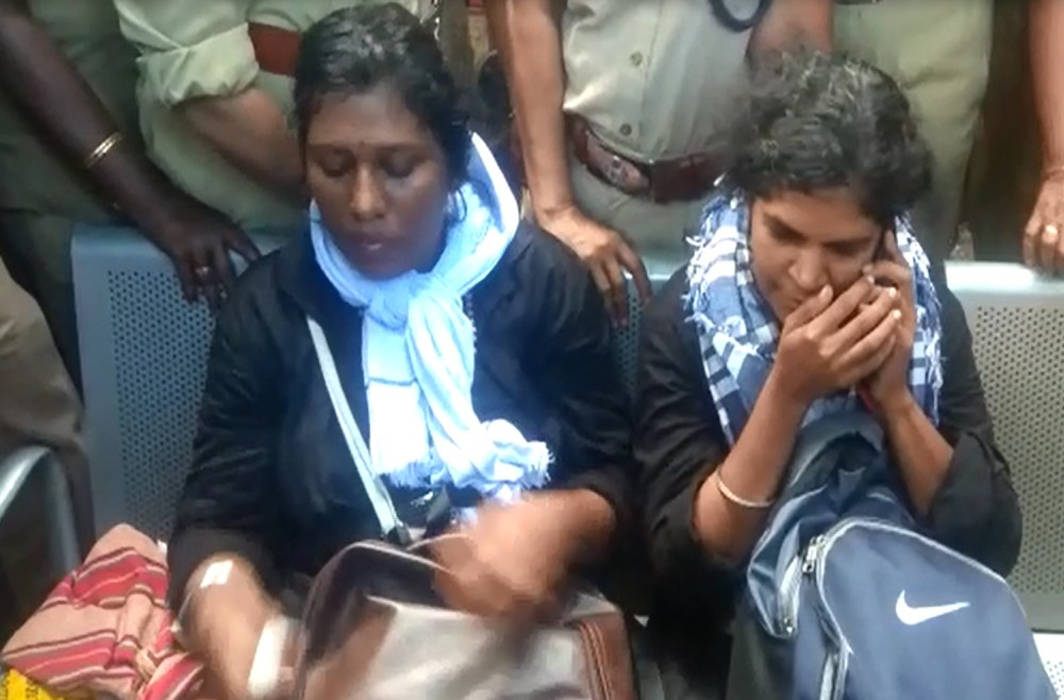 The Supreme Court on Friday directed the Kerala police to provide round-the-clock security to two women who had entered the Sabarimala temple.

A bench comprising Chief Justice of India (CJI) Ranjan Gogoi and justices LN Rao and Dinesh Maheshwari said it was only going into the aspect of security to the two women and would not like to entertain any other prayer. The bench also refused to tag the matter along with the pending petitions in the Sabarimala case.

The top court’s order to the State of Kerala came over the demand of the petitioners to “issue writ of mandamus directing authorities to provide full security, 24×7, to the two women who have entered the temple, and to deal with protesters indulging in acts of violence, physical and/or verbal on social media or otherwise against them in accordance with the law.”

Earlier this month, the two women – Kanakadurga and Bindu – had entered temple more than three months after the apex court’s historic judgment lifting the ban on the entry of girls and women between 10 and 50 years of age into the shrine of Lord Ayyappa, its “eternally celibate” deity.

The petitioners had, on Thursday, moved a plea in the apex court through senior advocate Indira Jaising claiming that there was a threat to their lives from the right-wing Hindu groups who have consistently been protesting, often violently, against the top court’s historic judgment.

The CJI-headed bench agreed to hear the petition filed by the two women on Friday on senior advocate Indira Jaising’s plea for urgent hearing as one of the women was assaulted by her mother in-law.

The bench, however, declined Jaising’s prayer for tagging the plea along with the review petition filed in the apex court against its Sabarimala verdict.

The plea has also sought directions to all authorities to allow women of all age groups to enter the temple without any hindrance, in compliance of the Supreme Court’s verdict, and to ensure security and safe passage, including police security, to them.

On September 28 last year, a five-judge Constitution bench, headed by then Chief Justice Dipak Misra, in a 4:1 verdict paved the way for entry of women of all ages into the Sabarimala temple, ruling that the ban amounted to gender discrimination.

During the proceedings, the counsel for the State of Kerala also submitted a list of a total of 51 women who have entered the Sabarimala Temple to offer their prayers to Lord Ayyappa since the court allowed women of menstruating age to visit the shrine.

Kanakadurga and Bindu had stepped into the hallowed precincts guarded by police three months after the apex court’s historic judgment. Following the entry of the women into the shrine, the chief priest had decided to close the sanctum sanctorum of the temple to perform the ‘purification’ ceremony.

The top court has said it may not start hearing pleas seeking a review of the Sabarimala verdict from January 22 as one of the judges was on medical leave. Earlier, the apex court had decided to hear in open court the review petitions against the verdict. Besides Justice Indu Malhotra and the CJI, Justices R F Nariman, AM Khanwilkar and DY Chandrachud are part of the five-judge constitution bench. It is to be noted that Justice Malhotra had given the dissenting opinion in the judgment that had lifted the ban on women from entering Sabarimala temple.