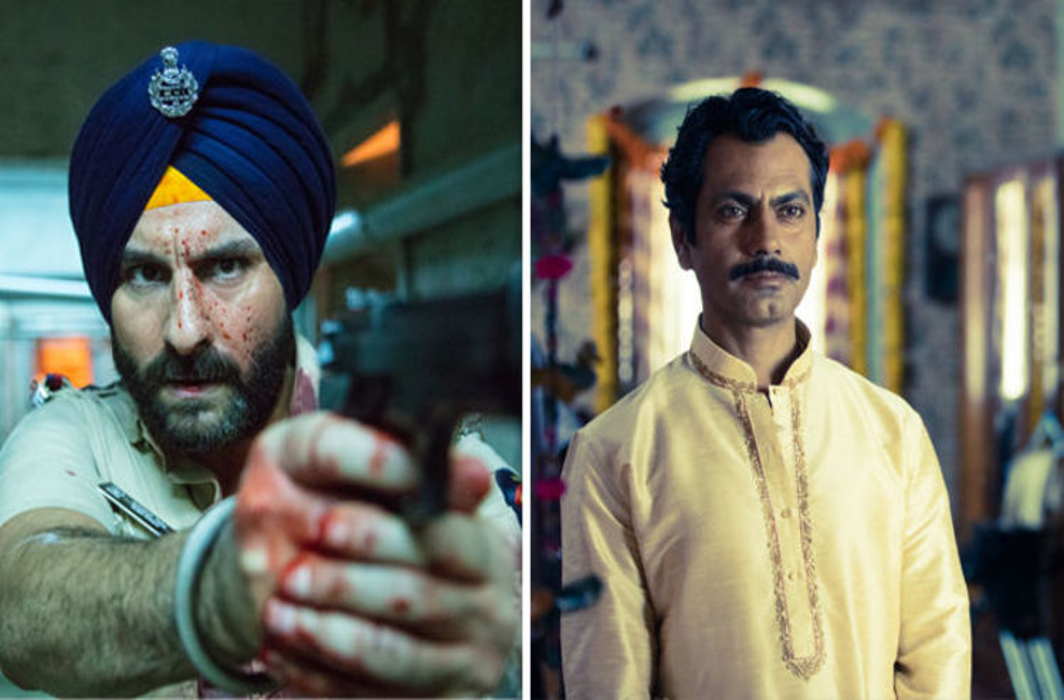 Actors cannot be held liable for the dialogues they deliver, said the Delhi High Court on Monday, July 16, while hearing a plea filed against Netflix and its web series Sacred Games for allegedly defaming former prime minister Rajiv Gandhi in an episode.

Meanwhile Rajiv Gandhi’s son and Congress president Rahul Gandhi, who said that he believed freedom of expression should not be policed, earned praise from co-director Anurag Kashyap and actor Swara Bhasker.

Hearing the case, the Delhi High Court asked whether an actor can be held liable for the dialogues and does it amount to defamation. The court was hearing a plea filed by Nikhil Bhalla seeking directions for the removal of offensive scenes and derogatory remarks about former PM Rajiv Gandhi and his family in the serial Sacred Games aired by Netflix.

The lawyers appearing for Netflix told the bench that all eight episodes have already been aired and more aren’t planned as of now.

The bench asked the petitioner: “It is already on air. What do we stop?”

Petitioner submitted that there are two scenes where English translation has a different derogatory word. They have modified some but need to take out these scenes. It is a scene against a former PM for now, what happens next? Would these be the standards that are aired?

Bench questioned petitioner, can the court hear an issue of defamation in a PIL? This will have larger implication.

However, bench gave sometime to the petitioner to justify its locus in the petition while adjourning the hearing to Thursday, July 19.

Sacred Games is in the eye of storm for allegedly portraying Gandhi family in bad light. Emergency, Shah Bano moves by the Congress party have been featured in the series, inviting condemnation from some Congress leaders.

The series is based on Vikram Chandra’s 2006 thriller novel of the same name and is produced by Anil Ambani-led Reliance Entertainment’s Phantom Films joint venture. Nawazuddin Siddiqui, Saif Ali Khan and Radhika Apte are in the lead roles.

After the plea was filed in the Delhi High Court seeking removal of certain scenes from “Sacred Games”, claiming that some of its content was derogatory to Rajiv Gandhi – and a police complaint filed by a Congress activist in Kolkata against the producers of the web series and actor Nawazuddin Siddiqui over the issue – Rahul Gandhi tweeted on July 14 (Saturday): “BJP/RSS believe the freedom of expression must be policed & controlled. I believe this freedom is a fundamental democratic right.

My father lived and died in the service of India. The views of a character on a fictional web series can never change that.#SacredGames”

BJP/RSS believe the freedom of expression must be policed & controlled. I believe this freedom is a fundamental democratic right.

My father lived and died in the service of India. The views of a character on a fictional web series can never change that.#SacredGames

Swara Bhasker also supported Rahul Gandhi, saying it is “gracious” how Rahul Gandhi is able to keep personal and national interests aside.

“It is impressive that a mainstream politician like @RahulGandhi is taking this clear and progressive stand on freedom of expression and censorship. Also it’s gracious and mature that he is able to set aside the personal for the larger goal of democratic rights. #CreditWhereDue,” Swara tweeted.

But director Madhur Bhandarkar reacted to the tweet too, posting a video, which he claimed was “a compilation of the harrowing experience” he faced around the release of his film ‘Indu Sarkar’ that had been seen to be critical of Former Prime Minister Indira Gandhi – Rahul Gandhi’s grandmother.

Amit Malviya, head of BJP’s IT cell replied to Madhur Bhandarkar’s tweet, saying Rahul Gandhi “is no champion of free speech”. In the tweet, he questioned the commitment to the freedom of expression of generations of Gandhi family members “from Nehru to Indira then Rajiv and most recently Sonia”, and ended by raking up unrelated topic to say Rajiv Gandhi’s “legacy of Bofors & Shah Bano are well known to the people of India”.

The complaints against Sacred Games serial have as of now, not been withdrawn yet, despite Rahul Gandhi’s tweet.

The first season of the show, comprising eight episodes, was released on July 6 and is available in 190 countries in four language.

Diwali is just around the corner and people always look for ideas and tips on Google for the whole gifting process. If...
Read more

The deadline for filing income tax returns (ITR) for individual taxpayers for 2019-20 has been extended to December 31, 2020 from the...
Read more