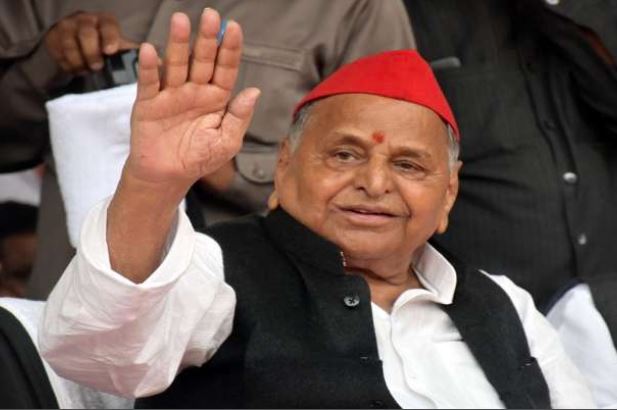 Samajwadi Party founder and former chief minister of Uttar Pradesh Mulayam Singh Yadav has tested positive for coronavirus, the party has announced. He has been admitted to Gurgaon’s Medanta Hospital for treatment. As per SP’s statement, Yadav is currently asymptomatic and under supervision of doctors at the premier hospital.

Mulayam’s son and Samajwadi Party chief Akhilesh Yadav said that his father had complained of difficulty in breathing, following which he was taken to the Gurgaon hospital where he tested positive. He added that Yadav Sr’s condition is stable. Akhilesh said that he was in constant touch with doctors at the Medanta Hospital and will keep updating on former chief minister’s condition. Mulayam’s wife Sadhana Gupta has also tested positive for COVID-19.

The 80-year-old is a member of parliament from Mainpuri in Uttar Pradesh. He had attended Monsoon Session of Parliament which concluded on September 23. The concerns around his health started  when he was helped inside the premises on a wheelchair on the first day of the session on September 14. Mulayam’s younger son Prateek Yadav had addressed the concerns by taking to social media and had said that Netaji was perfectly healthy and there was no reason to worry.

Meanwhile, India’s coronavirus count rose to 7,307,097 on Wednesday, while the death toll stands at 111,311. The silver lining for the country is a good national recovery rate, which has gone up to 87.35 per cent on Thursday, according to the latest data released by Union health ministry.

Facebook
Twitter
Pinterest
WhatsApp
Previous articleSanjay Dutt to return on the sets again, says, will be out of this cancer soon
Next articleAPJ Abdul Kalam’s birth anniversary: PM Modi, others pay tribute