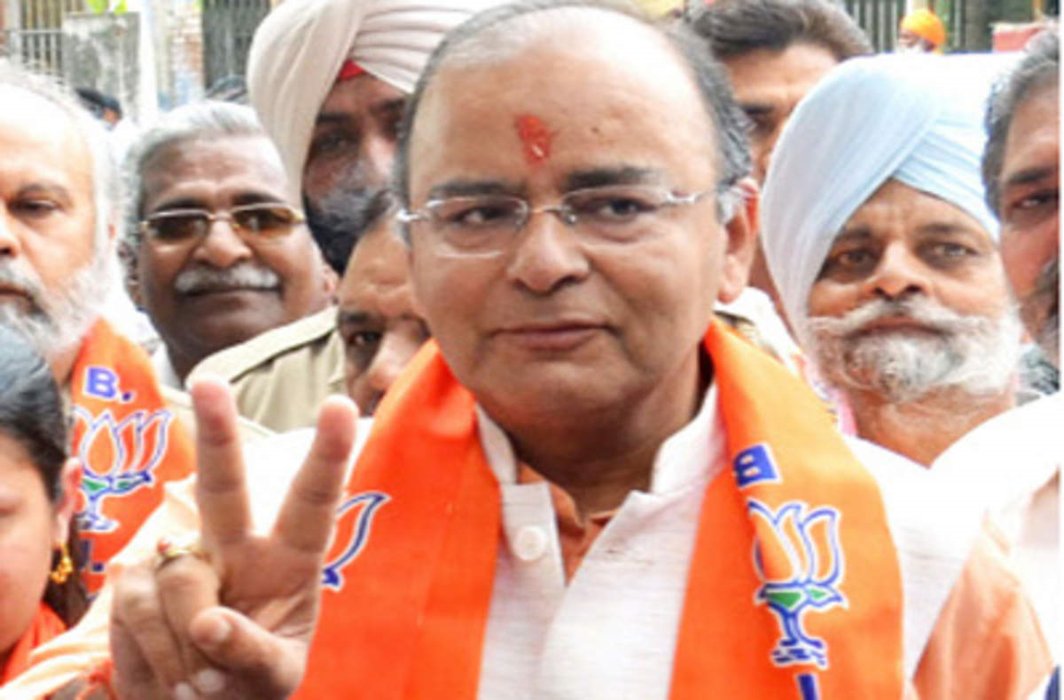 After Samjhauta blast case joined the growing list in which Hindutva elements named as accused were let off by the courts due to shoddy investigation, Union minister Arun Jaitley today (Friday, March 29) promptly declared it to be a “fake case”, filed for “political gains” by Congress, that “vilified the entire Hindu community”.

Demanding that the Congress should apologise, Jaitley, addressing a press conference, Jaitley said, “They filed cases based on fake evidence to create the theory, but it is upon the court to decide in the end. The court has said it (Samjhauta case) is a case of no evidence and hence, those who coined the term ‘Hindu terror’ are now showing devotion.”

This was rich, coming on a day when The Indian Express (IE) had reported that a Panchkula court pointed out loopholes in the Samjhauta blast investigation by the NIA.

Jaitley’s tirade aside, the Modi-led BJP government’s approach and intent was also revealed in the statement by Union Home Minister, Rajnath Singh who reportedly stated that no appeal will be made in the higher court against the Panchkula court judgment in Samjhauta blast case.

There is no better refutation of Jaitley’s claims and no better comment on how investigation appeared to have been deliberately done to scuttle the case than the judge’s order in the Samjhauta blast.

A total of 68 people including 43 Pakistan citizens, 10 Indian citizens and 15 unidentified people were killed in the blasts which took place on the Attari-bound Samjhauta Express on February 18-19 night in 2007. Two explosions took place in two unreserved coaches between Haryana’s Diwana and Panipat. Two bombs that did not go off were recovered later.

All the accused – Naba Kumar Sarkar alias Swami Aseemanand, Kamal Chauhan, Rajinder Chaudhary and Lokesh Sharma – were acquitted by the court on March 20.

In a 160-page order which was released yesterday (Thursday), Panchkula special court judge Jagdeep Singh said the “best evidence” was “withheld” by the prosecution and was not brought on record. He said some of the cited independent witnesses were never examined or sought to be declared hostile for cross-examination when they chose not to support the prosecution case, reported IE.

Coming down heavily on the NIA, the Panchkula special court judge, who last week acquitted all four accused in the Samjhauta Express blasts case, said he was doing it “with deep pain and anguish” because a “dastardly act of violence” was going unpunished.

– Observing that a large number of witnesses turned hostile in the case, the judge underlined the need for a sound and workable witness protection scheme in the country. Of 299 witnesses in the case, 224 deposed before the court. Of these, 51 were said to have turned hostile, changing statements recorded earlier.

– On the alleged statement of witness Dr Ram Pratap Singh — the NIA’s sole witness to the “bomb ka badla bomb theory” at a meeting in Bhopal in 2008 where Aseemanand allegedly said “Hindus should also retaliate in the same way to the jihadis who are attacking Hindu religious places” — the order noted “even though Dr Ram Pratap Singh did not toe the line of prosecution, but neither any leave of the court was taken nor was he cross-examined by learned Special PPs for the NIA in order to contradict and confront him with his statement”. The court said the witness was “a got up witness of the prosecution” and even failed to identify the accused.

– The NIA Investigating Officer had told court that there were CCTV cameras at the Old Delhi Railway Station in 2007. The judge said “this much admission on the part of investigating officers further lays bare chinks in the prosecution version, because the best evidence in the shape of CCTV footages has been withheld by the prosecution/NIA. Had CCTV footage of Old Delhi Railway Station been collected by the investigating agency and put to rigorous examination, then some vital leads might have been obtained by it in order to bring the real culprits to justice, but no such evidence has been brought on record”.

– On the NIA claim that the suitcase covers of the two unexploded bombs recovered from the blast site were made by an Indore-based tailor, the judge said it is “crystal clear” that the suitcase covers, which were recovered from the place of occurrence, were found to have been stitched by the same tailor but “for reasons best known to the investigating agency”, the evidence has not been corroborated by conducting a test identification of the accused.

– “…investigating agency, very strangely, has not even bothered to get conducted Test Identification Parade (TIP) of suspects/accused so as to arrive at concrete finding that any of the accused persons facing trial had in fact got the suitcase covers stitched at the said shop and procured for using the same in the occurrence and thus investigating agency has lost a very valuable piece of evidence by not conducting investigation properly in this regard,” the judge said.

– The order noted that the NIA had claimed that call detail records of various mobile phones revealed that Sunil Joshi, the alleged mastermind, was at the Kothari market in Indore in February 2007 and call detail records of the telephones used by Pragya Thakur, Sunil Joshi, Sandeep Dange and Aseemanand showed inter-connectivity and links of suspects/co-accused during the months of February/March, 2007.

“However, again prosecution/NIA has not brought an iota of evidence on record to establish any such facts/assertions. Neither any call detail records (CDRs) of any mobile phone nor any other evidence pertaining to ownership and possession of any mobile phone by the accused/suspects has been brought on record,” the judge said.

– Stating that there is no evidence on record to prove the accused had carried out recce of Delhi Railway Station and they had stayed at the dormitories there as was claimed by the NIA in the charge sheet, the NIA Court has said there is no evidence on record to even prove that the accused had travelled from Indore to Nizamuddin Railway Station. One official witness had claimed the record pertaining to dormitories was available and was not disposed of.

“This court has not got an opportunity to look into a vital piece of evidence because the entries in the handwriting of passengers might have been got compared with the handwritings/signatures of suspects, thereby further providing a vital clue about the involvement of real culprits,” the court has said, adding it has been claimed that four accused after planting the bombs escaped to Jaipur and then Indore but “again no evidence in this regard has been brought on record to make out any such escape journey of these accused … in the absence of any credible and admissible evidence, this court cannot put stamp of approval to the version put forth by the prosecution in the shape of mere allegations”.

The NIA’s earlier record has been consistently similar in such cases. Between 2006 and 2008, there were six terrorist incidents perpetrated by a network of extreme Hindutva groups. Aseemanand, Pragya Thakur and Lt. Colonel Shrikant Purohit were the prominent conspirators amongst them.

Under the Modi regime, the NIA has the dubious record of undermining all the terrorist cases related to the Hindutva extremist groups, according to Prakash Karat, member of CPI(M) politburo.

In the Ajmer Dargah blast case, prosecuted by the NIA, Aseemanand and six others were acquitted. It was only in this case that two RSS pracharaks were convicted and sentenced to life; however their sentences were stayed by the High Court.

In the case concerning the Malegaon blast of 2008, the NIA dropped charges against Pragya Thakur under the MCOCA. But the special court reinstated the case against her under the Unlawful Activities Prevention Act (UAPA).

The pattern in all the cases are the same: shoddy prosecution, witnesses turning hostile and a lack of conviction on the part of the NIA in pursuing the cases. The NIA did not go in appeal against the court verdict acquitting Aseemanand in Mecca Masjid case, or, the Ajmer Dargah case.