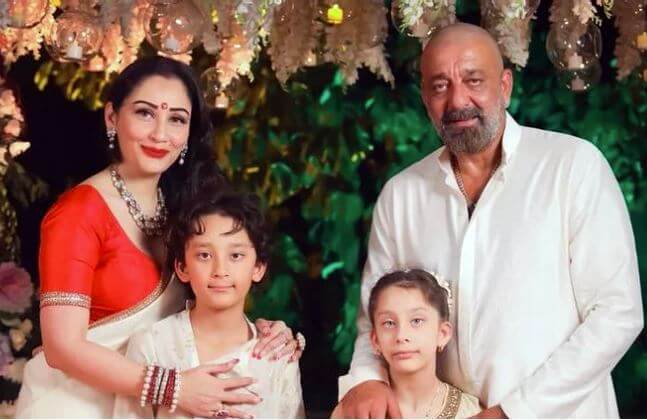 Bollywood actor Sanjay Dutt on Wednesday announced that he has won the battle against cancer and thanked fans and well-wishers for their support in this journey. The actor shared the news on Twitter with a long post and said my heart is filled with gratitude to share this news with the fans. He wrote that the last couple of months have been difficult on his family but he is finally cured of the disease.

Sanjay Dutt wrote in his twitter post that the last few weeks were very difficult for my family but the family says God gives the hardest battles to his strongest soldiers. The actor shared the news on the occasion of his kids’ birthday. Sanjay Dutt thanked everyone via twitter post for their love, wishes and prayers which support him in this tough time. He also thanked the staff of Kokilaben Hospital from Mumbai for their constant support, treatment and care.

This year in August, the actor had had been diagnosed with stage 4 lung cancer and was undergoing treatment in Mumbai. The past few months have seen him busy attending treatment sessions in Mumbai. After getting the permission from doctors, the actor along with his wife Maanayata Dutt, had flown to Dubai last month to be with their children, Shahraan Dutt and Iqra Dutt. The actor returned to Mumbai earlier this month.

The actor had also announced a break from work citing health reasons. Sanjay has now resumed their work and is busy in finishing his pending assignments. The actor will be next seen in the role of an antagonist Adheera in KGF Chapter 2 where kannada superstar Yash is in the lead role. Meanwhile, Sanjay will be next seen in ‘Bhuj’ and ‘Torbaaz’, which will release on OTT platform. Also, he is currently wrapping up the shoots for their upcoming film Shamshera.