Raut said nobody’s secularism will be under threat by raising such slogans. Chanting Jai Shri Ram is a matter of one’s faith, Lord Ram is the pride and support of the country, he said. 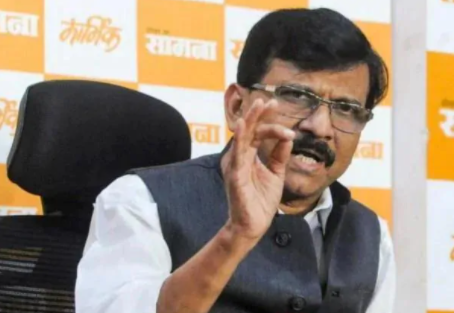 Shiv Sena MP Sanjay Raut said nobody should feel pain while chanting the slogan Jai Shri Ram, hitting out at West Bengal Chief Minister Mamata Banerjee who refused to speak at an event where the slogans were raised.

Asked about the Bharatiya Janata Party(BJP) accusing Banerjee of feeling pained when chanting the slogan. He replied that nobody should feel pain to say Jai Shri Ram in the country as it is not any political word.

The Rajya Sabha member said nobody’s secularism will be under threat by raising such slogans. Chanting Jai Shri Ram is a matter of one’s faith, Lord Ram is the pride and support of the country. Raut added that he is sure that Banerjee also has faith in Lord Ram.

Banerjee refused to speak at an official programme held to celebrate Netaji Subhash Chandra Bose’s 125th anniversary in Kolkata, when the audience began raising Jai Shri Ram slogans on Saturday. Prime Minister Narendra Modi was also present in the event. She said that one should not insult someone after inviting that person, such an insult was unacceptable.

In an editorial in Sena mouthpiece Saamana, it was opined that Banerjee should not have got upset when slogans were raised from the audience during the programme. Instead, had she mixed her voice among those who raised slogans, tables would have turned on them. But everyone was catering to their own vote banks, the editorial said.

Further, the editorial said that BJP has identified Banerjee’s weak point, and it will keep using such sensitive issues against her until the Assembly elections in West Bengal. It also hit out at the BJP for poaching Trinamool Congress leaders in West Bengal in order to defeat Banerjee in the upcoming elections.

The three states Maharashtra, Punjab and West Bengal have been fighting for their self pride, but the Centre has been acting against them, claimed the Marathi daily.The agitating farmers protesting against the three farm laws were allegedly being trampled, it added.

After West Bengal forest minister Rajib Banerjee quit the Banerjee’s cabinet, the ruling camp has been put in a tight spot ahead of the elections. It has become a matter of concern for Banerjee’s party as BJP has won 18 Lok Sabha seats in the state. However, Bengal tigress will keep fighting as she fights on the streets, concluded the editorial.