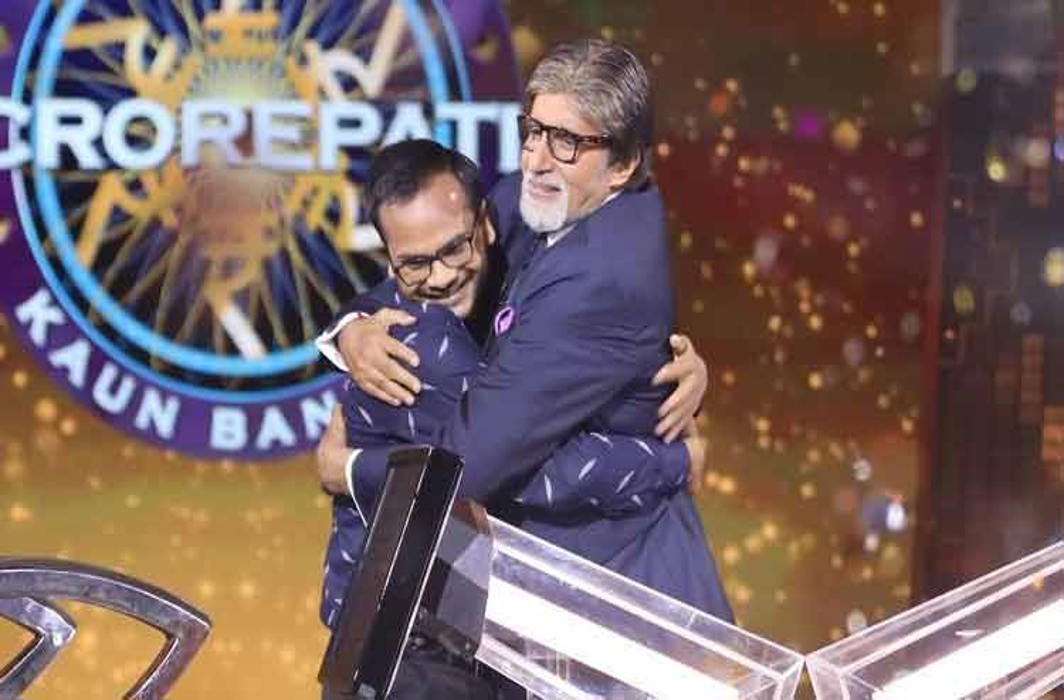 Sanoj Raj from Bihar’s Jehanabad district, who is currently in New Delhi preparing for IAS exams, on Friday, September 13,became the first to win 1 crore in Kaun Banega Crorepati Season 11. He effortlessly answered 15 questions correctly to win the amount.

Even though Sanoj stumbled at the jackpot hurdle of Rs 7 crore, he is happy about winning a crore. He said he considers the money to be his father’s.

“My father is a farmer. It is not about giving money to him. It is his money,” Sanoj said, “He couldn’t finish his studies due to our family’s condition. We concentrated on our studies so that we don’t have to face that situation.” Sanoj’s mother is a homemaker and stays in a joint family along with his grandparents, uncle, aunt, brothers and a sister.

Speaking to The Indian Express, Sanoj said, “It was a great time on the game show. I also managed to earn a good amount and am so excited to become the first crorepati of the season. KBC is a show that I have followed for a long time. When I would correctly answer questions asked on the show, I would calculate that I could have won so much money (laughs). That’s how I decided to try my luck as soon as I turned 18. After a long wait, I managed to clear the audition. It has been a long journey.”

Describing his reaction when Amitabh Bachchan announced him as the crorepati, Sanoj said, “I was stunned for a moment. I couldn’t believe it and couldn’t even react. Just moments back I was sitting there waiting for my turn on the hot seat, and here I was the first crorepati of the season. I couldn’t sleep the entire night thinking of this big moment in my life. I haven’t decided how will I use the prize money and will thus hand it over to my father. He will plan it best.”

Talking about his experience with host Amitabh Bachchan, Sanoj shared, “I have always considered Amitabh Bachchan as one of my idols. He is also my favourite actor along with Ayushmann Khurrana. It was a dream to even see him from a distance. So you can imagine how I felt sitting opposite him on the hot seat. I could speak to him and more importantly, he discussed my life. It was a very special moment.”

When asked to share the highlights from his stint on KBC, he said, “There are many big moments. Be it the moment I was told that I would be on the hot seat, or when on my request the air conditioner’s temperature was increased, everything was special. The biggest moment, of course, would be when Bachchan sir said that I had won a crore and even when he told my friends to find a girlfriend for me (laughs).”

The IAS aspirant said he didn’t study extra for the show. “I was studying for civil services, so I didn’t do any extra preparation,” he said.