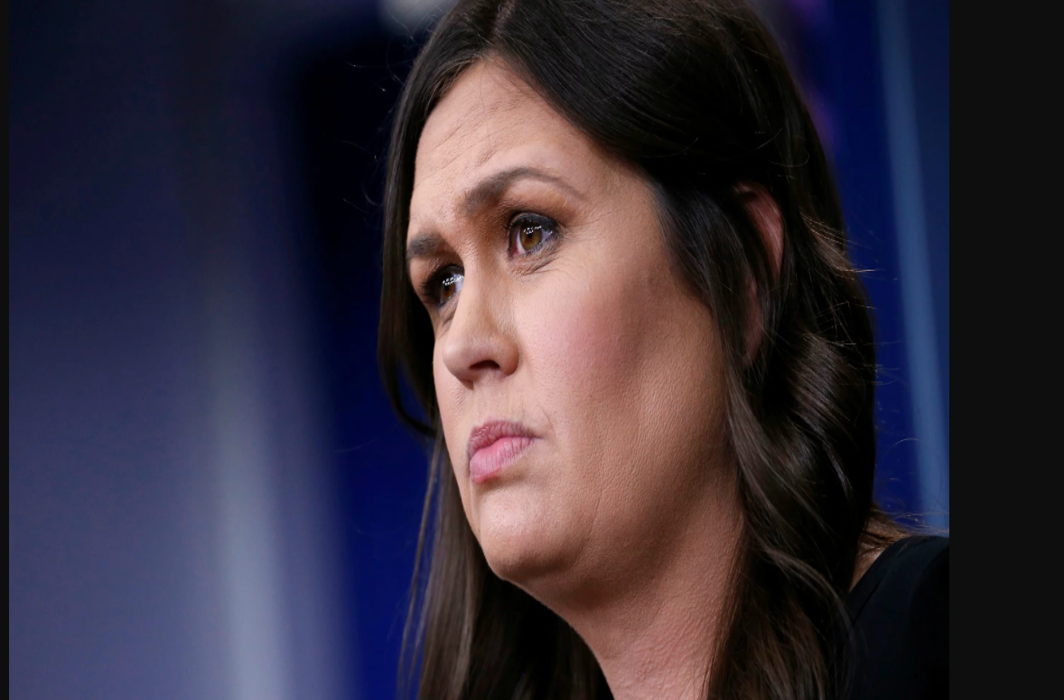 Owner says she works with “inhumane and unethical” administration

In another glaring embarrassment to US President Donald Trump, White House press secretary Sarah Sanders was kicked out of a restaurant in Lexington, Virginia, on Friday night because she is part of his government.

CNN quoted Sarah Sanders saying she was kicked out of a Virginia restaurant by its owner because she works for US President Donald Trump. She posted a tweet describing the incident.

Last night I was told by the owner of Red Hen in Lexington, VA to leave because I work for @POTUS and I politely left. Her actions say far more about her than about me. I always do my best to treat people, including those I disagree with, respectfully and will continue to do so

Meanwhile Washington Post published the interview of Stephanie Wilkinson, the co-owner of “The Red Hen”, described as tiny farm-to-table restaurant. Wilkinson believed that Sarah Huckabee Sanders worked in the service of an “inhumane and unethical” administration and publicly defended the president’s cruellest policies and that could not stand.

She (Wilkinson) knew Lexington 7000 population had voted overwhelmingly against Trump in 2016 election and community. She also knew that her restaurant and its half-dozen servers and cooks had managed to stay in business for ten years by keeping politics off the menu.

Wilkinson said, “I’m not a huge fan of confrontation. I have a business, and I want the business to thrive. This feels like the moment in our democracy when people have to make uncomfortable actions and decisions to uphold their morals.”She said that she “would have done the same thing again.”

The embarrassing incident for Trump administration came days after Homeland Secretary Kirstjen Nielsen was booed at a Mexican restaurant in Washington. On June 20, Protester activists heckled Nielsen at a eatery near the White House.

Activists were shouting against forcible separation of children from their parents from Mexico, who were crossing into US for seeking asylum. They shouted “How do you sleep at night? If kids don’t eat in peace, you don’t eat in peace. Do you hear the babies crying?”

There have been widespread protests on Trump’s recent order to separate children from the illegal immigrant parents from Mexico. Later, Washington reversed its decision and allowed meeting the children with their parents.