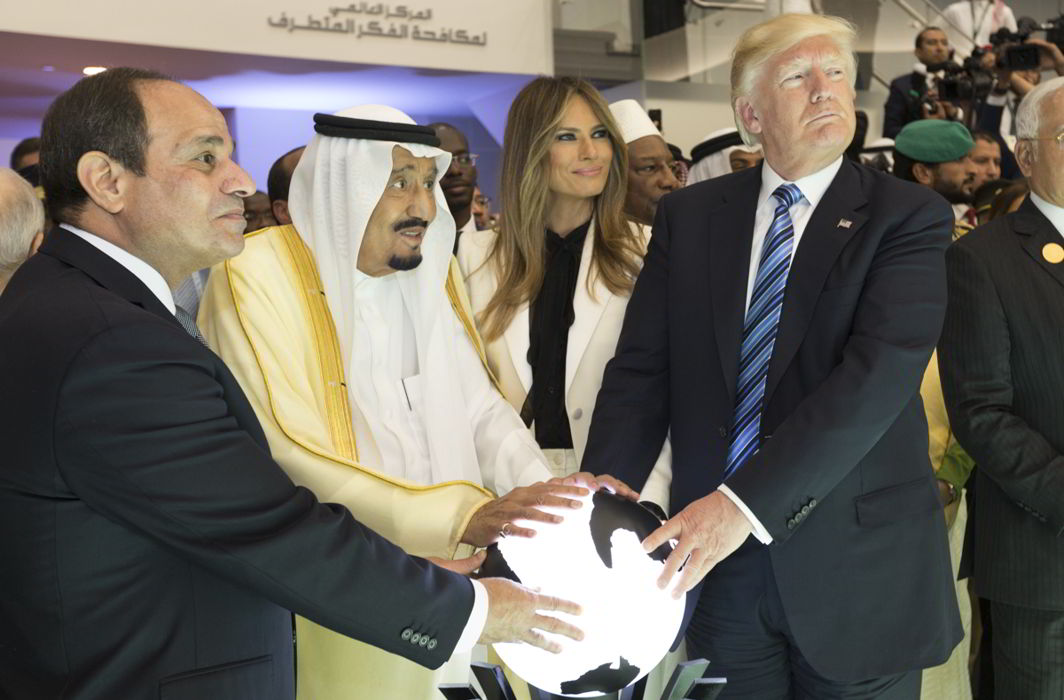 The revelation by Israel TV of prior consent of Saudi Arabia and Egypt for Trump’s Jerusalem move has been virtually confirmed by Riyadh’s response to the explosive situation witnessed by several countries. Instructions to media not to cover the Trump’s announcement and the imminent silence of Imams of two grand mosques in Mekkah and Madinah on Jerusalem issue during Friday sermons were enough proof for Riyadh’s connivance.

Though Saudi Arabia officially condemned the decision of President Trump to recognize Jerusalem as capital of Israel, but the actions taken on the ground were otherwise. The Royal Court statement said that the kingdom followed “with deep sorrow” Trump’s decision and warned of “dangerous consequences of moving the US Embassy to Jerusalem”.

However, on December 7, immediately after Trump’s announcement, Saudi authorities issued notices to media organizations in the country ordering them to avoid giving US Donald Trump’s decision to declare Jerusalem the capital of Israel “too much airtime”.

According to Al-Araby Al-Jadeed, the instructions were sent to managers of television and radio stations in the country as well as newspaper editors.

Saudi Embassy in Jordan wrote on its official twitter page, “The embassy calls upon its citizens living in Jordan and its students studying in Jordanian universities to stay away from places of public gatherings and protests in order to protect their safety.”

Similar advisory was issued by Bahraini embassy in Jordan saying, “The Kingdom of Bahrain embassy in Amman urges its citizens in Jordan to completely avoid areas of public gatherings and protests, and stresses they need to be cautious and vigilant in order to protect your safety and lives from the developments and events occurring in the area.”

Jordan is situated next to Israel where more protests were expected in the aftermath of Trump’s announcement. Amman, the country’s capital had witnessed several anti-Israeli protests in 2011 and thereafter demanding severing ties with Tel Aviv.

Meanwhile, Middle East Monitor, quoting Shehab.ps, reports that Imams of the two grand mosques in Makkah and Madinah did not mention the situation in Jerusalem and Al-Aqsa mosque during their Friday sermons.

Shaikh Maher Mu’eqili, the Imam of Mekkah grand mosque, knwon as Ka’aba, while delivering speech to the devotees during the special weekly prayer, pointed out that the Kingdom “reiterated the legal rights of the blessed Palestinian people” and hailed King Salman and other Muslim leaders for seeking the best for Islam and Muslims but did not mention anything about Jerusalem.

Shaikh Abdullah Al-Bu’ejan, the imam of Masjid-un-Nabi (the Prophet’s mosque) in Madinah, also remained silent on Jerusalem issue. Instead, he chose to discuss God’s miracles during the changing seasons.

On December 9, a Chicago based expert Ali Abunimah, the co-founder of Electronic Intifada told Aljazeera that  “All the statements being made by the Arab regimes are strictly for public consumption because the Arab public is clearly outraged. But in reality, most of these regimes – Saudi Arabia, Bahrain, Egypt and Jordan – are very close to Israel.  They either have formal or tacit ties and so they will do nothing in practice other than issue statements.”