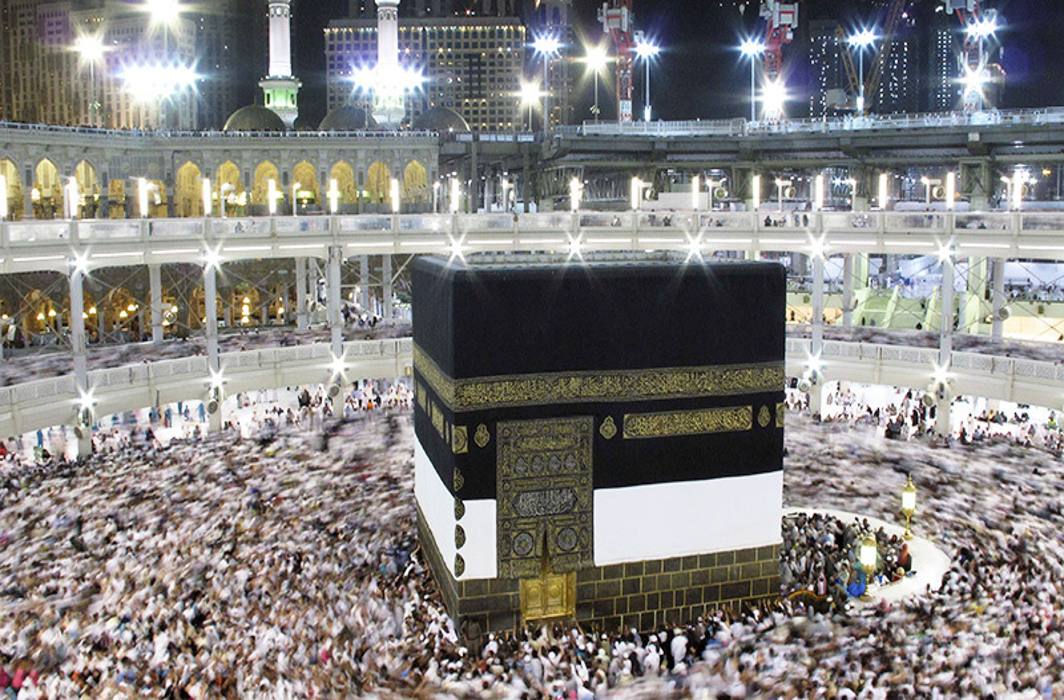 Continuing the spree of tough action against anti-regime elements, Saudi Arabian government under crown prince Mohammed Bin Salman (MBS) has detained Sheikh Saleh al-Talib, a prominent Imam and preacher at Grand Mosque in Mekkah, where Muslims from different parts of the world are converged for Hajj rituals.

According to social media advocacy group Prisoners of Conscience, the detention was reported after the Imam delivered a sermon criticising mixed public gatherings, recently promoted by MBS under its moderation project.

The advocacy group which monitors and documents arrests of Saudi preachers and religious scholars, said on Sunday that Sheikh Saleh al-Talib was arrested after he delivered a sermon on the duty in Islam to speak out against evil in public.

There were rumours spread through social media about the detention for last several days. However, Aljazeera, based in Qatar, reported the story on Wednesday.

? We confirm the arrest of the Imam of Haram Sheikh Dr. Saleh al Taleb, and it is said that the reason for the arrest is a speech about the doing evil and the duty in Islam to deny that in public! pic.twitter.com/8jq70ljDGg

Khaleej Online, an Arabic language website reported that in his sermon, Sheikh Saleh al-Talib, who also serves as a judge in Mecca, derided the mixing of unrelated men and women at concerts and other mixed entertainment events.

There was no direct criticism of the Saudi royal family in his speech. Saudi Arabia has in recent months relaxed laws on female attendance at public events. Saudi women were recently allowed for driving while they are now being employed by companies in larger number. Authorities have also allowed cinemas to function after a gap of 10 years.

Read More: Saudi Arabia and UAE were about to attack Qatar

Saudi Arabian authorities have not given any statement about the fate of the detained Imam of the location of his prison or detention centre.

There are reports that Imam Talib’s English and Arabic twitter accounts were deactivated within hours after his reported arrest.

Yahya Assiri, a London based Saudi activist told to Al Jazeera, Yahya Assiri that  the kingdom’s “authorities are looking at everyone that’s influential and has a presence on the scene”.

Since MBS became the Saudi crown prince in June 2017, dozens of imams, women’s rights activists and members of the ruling royal family have been detained.

According to Prisoners of Conscience tweet of 18 January this year, since 9 September 2017 dozens of scholars and clerics were arrested but we only knew 82 names. However, they say that about 50 media figures, 45 university professors, 40 PhD holders, 30 writers having published books, and ten judges and lawyers were among the prisoners of conscience.

Prisoners of conscience in Saudi Arabia are famous figures; they are scholars and clerics and people who were arrested with no fault.
Who is responsible for their safety? It is only the #Saudi authorities.
#سلامة_المعتقلين_مسؤولية_الدولة pic.twitter.com/huxamZnNL3

The social media advocacy group has, on Thursday, also confirmed the detention of two brothers of Omar bin Abdulaziz and a number of his friends. Omar was active on social media till April this year. His last tweet was indirectly critical of the present government saying “Lies will keep you from ever seeing your true self”.

? We confirm the detention of 2 brothers of Omar bin Abdulaziz and a number of his friends !
⁧#اعتقال_اخوه_عمر_بن_العزيز_واصدقاءه⁩ pic.twitter.com/rIEJcyLrDA

Al-Awdah and al-Qarni, who have millions of followers on social media, were arrested last September and accused of having links to the Muslim Brotherhood, a group Saudi Arabia blacklisted as a “terror organisation”. Muslim Brotherhood has been presumably receive support from Qatar and has become outcast in Egypt under El-Sisi regime.

Meanwhile, al-Hawali, 68, was detained after he published a 3,000-page book attacking bin Salman and the ruling family over their ties to Israel, calling it a “betrayal”.

There are several videos available on You Tube about the detention of religious scholars in the public glare while they were delivering Friday sermons. One Imam was seen being laid down on the ground by the security personnel while worshippers were shell-shocked.

A Shia religious scholar Sheikh Baqar al-Nimr was executed by Saudi authorities in January 2016 for his anti-regime opinions.  Observers believe that the government in Riyadh has been taking tough actions against anybody, irrespective of their sect, challenging the Kingdom’s changing policy.

Observers believe that Saudi government has been supporting similar actions against religious personalities in other friendly countries in the Middle East and Africa. Nigerian government detained a most powerful Shia cleric and leader of Islamic Movement Sheikh Ibrahim Zakzaky in December 2015 in a military action against a religious congregation during Muharram. His four sons were killed while he and his wife were injured in the operation.

Bahrain, another Saudi ally, where majority Shia community have been protesting against the suppression of their political and social rights since 2011, has stripped prominent Shia cleric Sheikh Issa Qassim of his Bahraini citizenship in June 2016 for allegedly serving “foreign interests” and promote “sectarianism and violence”.

MBS has in the recent past softened the Saudi Arabia’s stance on Israel, telling that Israelis “have the right to their own land” and “there are a lot of interests we [Saudi Arabia] share with Israel.”

In March this year Saudi Arabia granted permission to Air India to use its airspace to operate a direct flight between New Delhi and Tel Aviv, saving lot of travel time and energy.