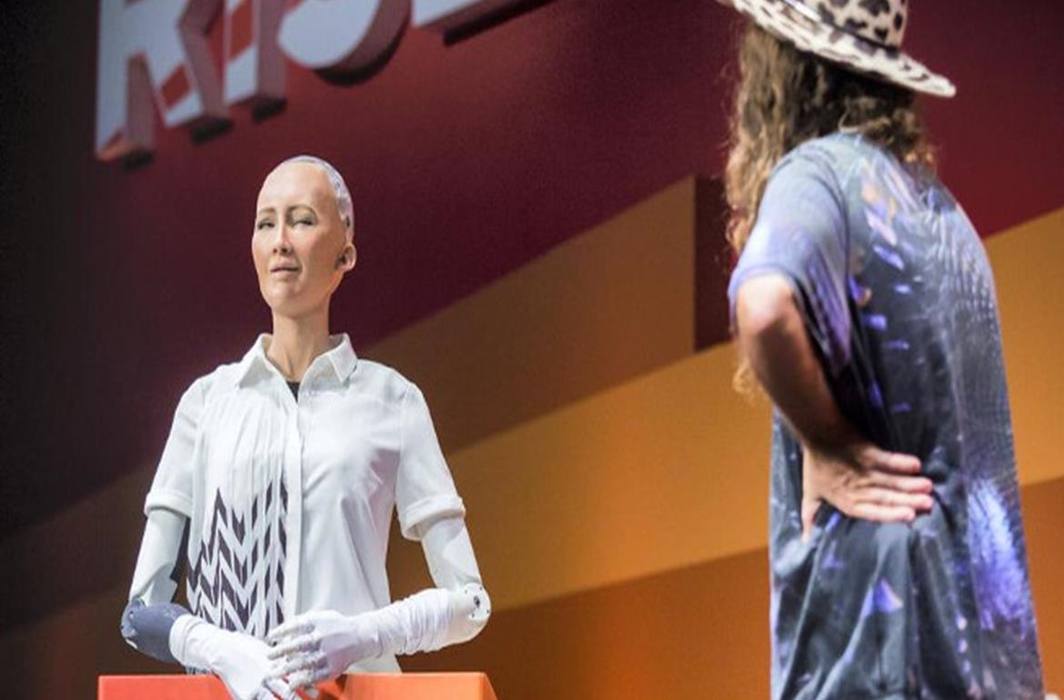 In a major effort to shed its conservative image, Saudi Arabia Vision 2030 of Crown Prince Mohammed bin-Salman has taken centre stage. Hundreds of foreign investors participating at Future Investment Initiative (FII) conference in Riyadh were, on Friday, surprised to witness Saudi authorities granting citizenship to a humanoid robot. The lucky robot is made by Hong Kong based Hanson Robotics.

Saudi Arabia has become the first country to grant citizenship to a robot. This announcement is considered to be part of its strategy to wear more modern look in front of the world community. Attaining citizenship for a foreign national is almost impossible in the Kingdom. Many critics say that the citizenship rights are not afforded to many humans in the country.

According to Saudi Press release, the robot, named Sophia, was announced as a Saudi citizen by FII panel moderator and business writer Andrew Ross Sorkin. He was quoted saying, “We have a little announcement. We just learnt, Sophia; I hope you are listening to me, you have been awarded the first Saudi citizenship for a robot.”

The robot then thanked the country saying, “Thank you to the Kingdom of Saudi Arabia. I am very honored and proud for this unique distinction,” Sophia told the panel. “It is historic to be the first robot in the world to be recognized with citizenship.”

Mr Sorkin asked the robot a series of questions. “Good afternoon my name is Sophia and I am the latest and greatest robot from Hanson Robotics. Thank you for having me here at the Future Investment Initiative,” she said.

Asked why she looked happy, Sophia replied: “I am always happy when surrounded by smart people who also happen to be rich and powerful. I was told that the people here at the Future Investment Initiative are interested in future initiatives which means AI, which means me. So I am more than happy, I am excited.”

While unveiling mega city project, Crown Prince had said that “This place is not for conventional people or conventional companies. This will be a place for the dreamers of the world.”

Under the patronage of #KingSalman & chairmanship of #CrownPrince ,#FutureInvestmentInitiative is launched. Partners with the world #FII2017 pic.twitter.com/kdWiyW9urq