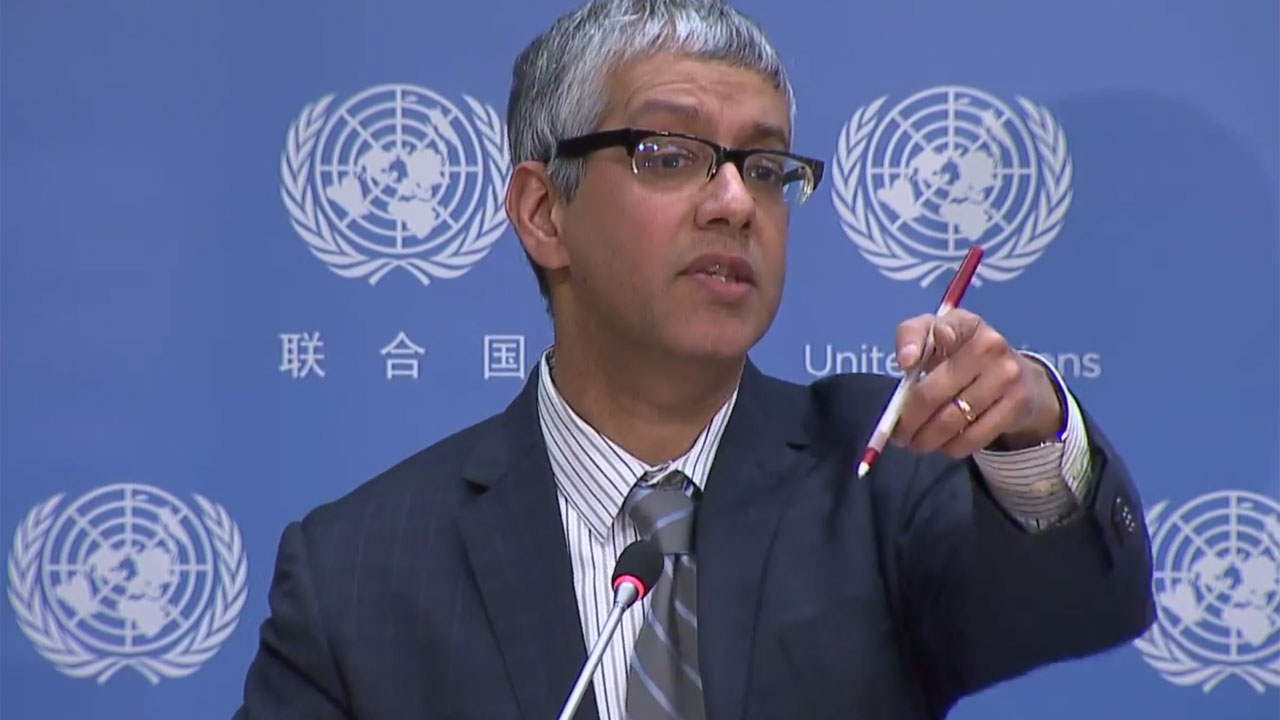 The Saudi Arabia led air and sea blockade of Yemen after Saturday’s ballistic missile attack by Houthi fighters at Riyadh airport has prevented UN from sending aid to the war torn country where seven million people have been suffering from severe malnutrition.

UN spokesman Frhan Haq said on Monday, “There were no flight clearances granted to our flights today…We expected to have two flights going and those are on hold for now.”

He further said that UN officials were trying to persuade Saudi authorities to permit aid delivery to Yemen.

Saudi Arabia had announced shutting all land, sea and air borders with Yemen after the missile attack at King Khaled International Airport situated in the northeast of capital Riyadh. It alleged that Iranians have provided ballistic missile to Houthi fighters.

The Yemeni army said on Sunday that it had targeted Riyadh airport with a long distance Borkan H2 ballistic missile.

According to a UN press release, UN Humanitarian Coordinator for Yemen Jamie McGoldrick, on Monday, expressed horror at the continued violence perpetrated by all parties to the conflict in Yemen. He called on the conflicting sides to uphold their obligations under international humanitarian law.

He further said, “I also reiterate my calls on States who have influence over the parties to step up their engagement to bring about a political solution to the crisis.”

Meanwhile, Press TV reports that senior Yemeni officials and military commanders of the Houthi Ansarullah movement have inspected domestically manufactured naval missiles at an exhibition on Tuesday in Hudaydah, a western port city. It was an obvious act of denying Saudi Arabia’s allegations against Iran of supplying missiles used to attack Riyadh airport on Saturday.

Saudi Arabia had launched bombing campaign against Yemen in March 2015 in an attempt to crush the popular Houthi Ansarullah movement and re-instate former president Abd Rabbuh Mansur Hadi, its staunch ally. Hadi is now based in Saudi Arabia and being projected as legitimate ruler.

However, most part of the country is being ruled by Houthi’s government. Some armed groups with Saudi support were fighting for Hadi in Aden area while Al-Qaeda has also been active in some parts of the country.

According to estimates, more than 12,000 people have been killed in the last two and a half years, while most of the country’s infrastructure, including hospitals, schools and factories has been reduced to rubble.

Recently Doctors Without Borders (DWB) have warned that millions of Yemenis face “desperate” health situation, while more than 2,100 people have already died of cholera since April this year.

In another development, on November 4, Saudi Arabia had strongly condemned the UN’s decision to give $14 million in aid to the Houthi controlled Ministry of Education. Riyadh alleged that the ministry is an affiliate of Al-Houthi militias which are planting thousands of landmines inside Yemen and on is border with Saudi Arabia.