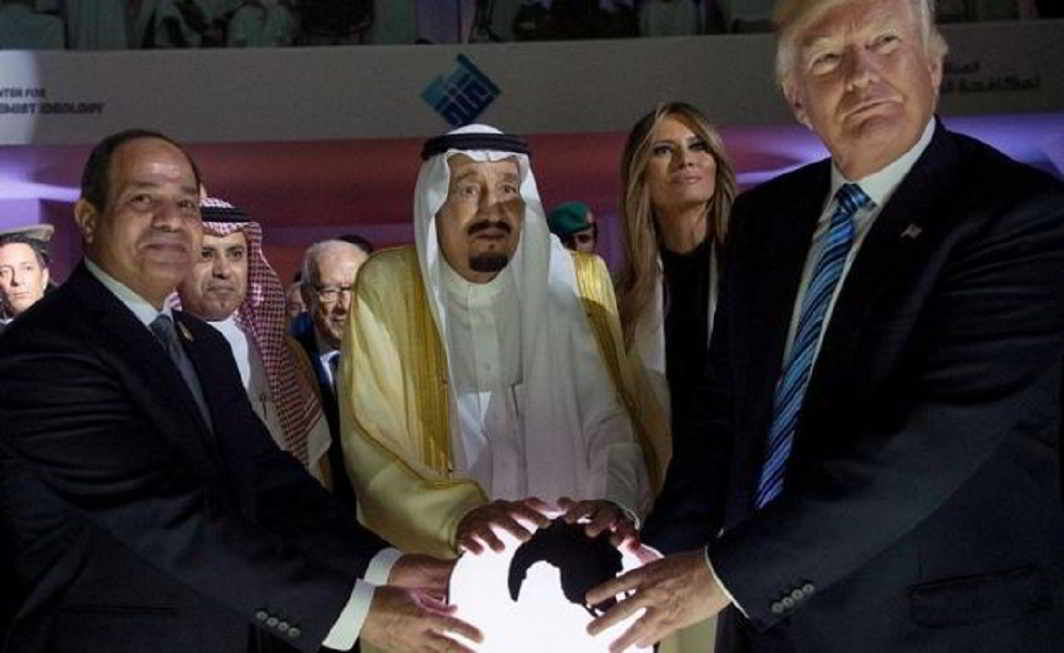 The move comes as a major shock in the Middle East, Saudi Arabia has also accused Qatar of supporting terrorists

Saudi Arabia, the United Arab Emirates, Bahrain and Egypt severed diplomatic relations with Qatar on Monday and announced the withdrawal of their diplomatic staff from Doha within the next 48 hours. Qatari forces will also be pulled out of the ongoing Saudi Arabia-led war against Yemen.

Riyadh has closed border, air and sea traffic with Qatar, urging “all brotherly countries and companies to do the same”.

Egypt’s foreign ministry accused Qatar of taking an “antagonist approach” towards Egypt and said “all attempts to stop it from supporting terrorist groups failed”. Cairo announced the closure of its airspace and ports for all Qatari transportation “to protect its national security”.

Saudi Arabia, UAE and Bahrain gave two weeks to Qatari visitors and residents to leave their countries. This will effectively cut off Qatar from the rest of the Arabian Peninsula.

Kuwait and Oman, considered closer to Iran, have not yet followed the Saudi diktat on Qatar. All these countries are part of the Gulf Cooperation Council, which is yet to come up with its decision on Qatar’s continued membership of the council.

According to statement issued by the Saudi Press Agency, Riyadh took the decision to cut diplomatic ties due to Qatar’s “embrace of various terrorist and sectarian groups aimed at destabilizing the region” including the Muslim Brotherhood, Al Qaeda, the Islamic State and groups supported by Iran in the kingdom’s restive eastern province of Qatif.

Shias in the eastern region have been demanding their religious and political rights where Riyadh has accelerated demolition of some Shia neighbourhoods. A large number of casualties and fatalities were recently reported from the region. A revered Shia leader, Sheikh Baqar al Nimr, was executed in January 2016.

Etihad Airways, the UAE’s flag carrier, said it would suspend flights to and from Qatar beginning Tuesday morning.

Bahrain’s foreign ministry also issued a statement saying it would withdraw its diplomatic staff from Qatari capital Doha within 48 hours and all Qatari diplomats should leave Bahrain within the same period.

The fast changing developments were witnessed after the recent visit of US President Donald Trump to Saudi Arabia where he addressed heads of 55 Muslim states. According to Al Jazeera, the Doha-based TV channel, Qatari Foreign Ministry regretted the measures by the Arab nations calling the decision “unjustified.” The Foreign Ministry statement said that “the measures are unjustified and are based on claims and allegations that have no basis in fact.”  However it said that the decisions would “not affect the normal lives of citizens and residents”.

Criticising Saudi Arabia’s big brotherly behaviour Qatar said “the aim is clear, and it is to impose guardianship on the state. This by itself is a violation of its (Qatar’s) sovereignty as a state,” it added.

The dispute between Qatar and Gulf Arab countries was escalated after a recent hacking of Qatar News Agency when it falsely attributed a statement to Qatar’s Emir Sheikh Tamim bin Hamad al-Thani expressing support to Iran, Hamas, Hezbollah and Israel. It had also reportedly suggested that US President Donald Trump may not last in office.

Qatar’s government, however, categorically denied the comments were ever made. On Wednesday, Qatar’s Foreign Minister Mohammed bin Abdulrahman al-Thani was quoted as saying “there are international laws governing such crimes, especially the cyber attack. (The hackers) will be prosecuted according to law.”

Meanwhile, on May 27, Qatar’s Emir called Iranian President Hasan Rouhani to congratulate him on his re-election. Qatar shares a massive offshore gas field with Iran. Saudi Arabia sees Iran as its enemy number one and a threat to regional stability.

Senior Iranian official Hamid Aboutalebi, the deputy chief of staff of Iran’s President Hassan Rouhani, tweeted that the measures by the Arab nations would not help end the crisis in the Middle East.  “The era of cutting diplomatic ties and closing borders … is not a way to resolve crisis … As I said before, aggression and occupation will have no result but instability.”  He was referring to the Saudi-led coalition’s involvement in Yemen.

Qatar is home to the sprawling al-Udaid Air Base which hosts the US military’s Central Command and some 10,000 American troops. Bahrain, one of the countries severing ties with Qatar, hosts the US Navy’s 5th fleet.

US Secretary of State Rex Tillerson, who is currently visiting Australia, said he did not believe the diplomatic crisis would affect the war against the Islamic State in Iraq and Syria.