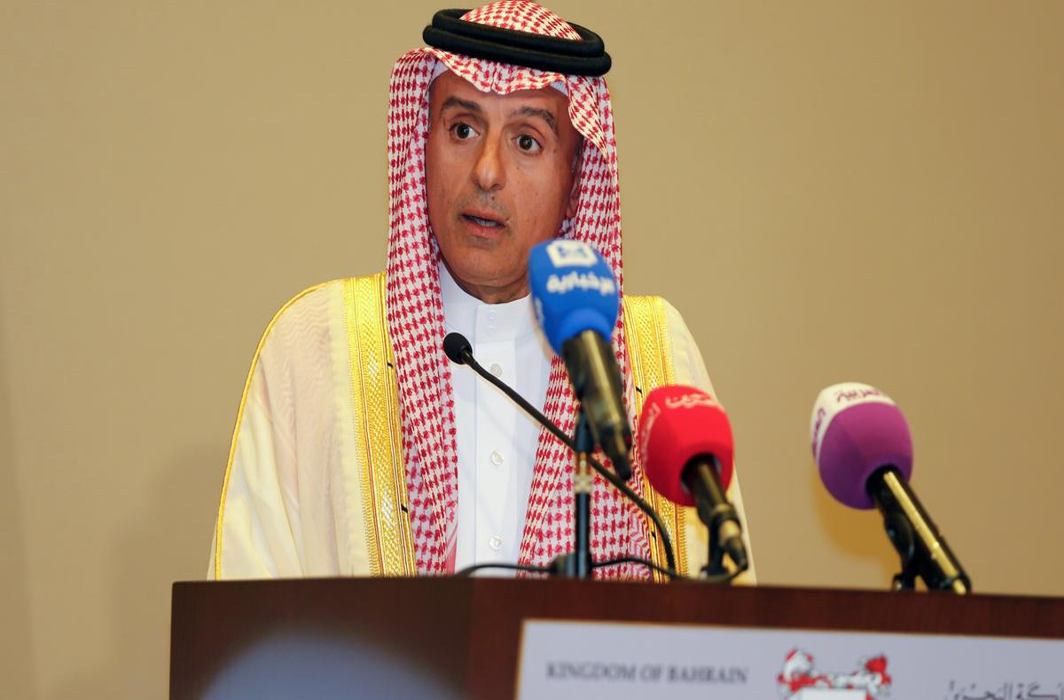 In a more aggressive tone against Iran, the foreign minister of Saudi Arabia, the ambassador of the United Arab Emirates (UAE) to US, and the director of Israel’s Mossad spy agency have joined ranks in pushing for regime change in Tehran.

According to Aljazeera report from New York, speaking alongside US NSA John Bolton and US Secretary of State Mike Pompeo, Saudi Arabia’s Foreign Minister Adel al-Jubeir called for the overthrow of the Iranian regime, saying that it was unlikely to change on its own volition.

While addressing United Against Nuclear Iran (UANI) conference in New York, al-Jubeir on Wednesday said, “Unless the pressure internally is extremely intense, I don’t believe they will open up.” The conference was attended by states that opposed the 2015 nuclear deal with Iran. Generally, Israel and Saudi Arabia led coalition have supported Trump’s withdrawal from the Iran nuclear deal.

The meeting of the top officials from Saudi Arabia, UAE and Israel has taken place in the aftermath of a terror attack on a military parade in Iran’s south-western city Ahvaz, killing 29 people including women and children.

During the New York conference, the Saudi top diplomat reportedly said, “How can we negotiate with a state that wants to kill us.” However, he did not succeed in proving his point with any substance.

Saudi and Emirati officials welcomed Washington’s decision to abandon the 2015 Iran deal under which Iran agreed to curb its nuclear programme in exchange for sanctions relief, it reported.

But Yousef al-Otaiba, the UAE’s ambassador to the US, said external pressure was needed and would be key in changing Iran’s course.  He said, “I think any recalibration of Iranian foreign policy will come from external policy.” He was of the opinion that isolation of Tehran must be backed up by European powers, Asian nations, as well as the US.

He sounded that the monarchies in the region and Israel were at risk of Iranian possible aggression saying,  “If a missile is launched at Saudi Arabia and the UAE what will the reaction be and how will we be defended? I ask that hypothetically but it’s not really hypothetical. The Gulf countries, Israel, and the countries in the immediate vicinity are the ones at immediate risk.”

UAE’s ambassador also warned that Iran was orchestrating a takeover in Yemen. He said that the recent UN-led peace talks supposedly exposed Iran’s role in directing the Houthi leadership. Houthis didn’t show up in the peace talks in Geneva on September 6, alleging that Saudi Arabia and UAE, involved in fighting in Yemen, blocked their travelling.

“Our analysis tells us it was based on instructions from Tehran that they did not turn up,” al-Otaiba said.

He said that Lebanon, where Hezbollah resistance group has achieved political power as ruling coalition partner, should not be repeated in Yemen. He said, “We have a vested interest in ensuring what happened in Lebanon does not happen in Yemen. We’re accumulating risk in the Middle East by not getting at Iran’s proliferation.”

Brian Hook, the State Department’s special representative for Iran, while participating in the conference, accused Iran of supplying the missiles  to Houthi fighters which are fired by into Saudi Arabia and UAE.

UAE’s envoy said, “There is something brazen about this missile behaviour, they’re not even hiding it. This sort of escalation is deeply concerning and will be met with a swift and decisive response.”

Since its withdrawal from the Iran deal in May this year, the US administration has slapped first layer of sanctions on Tehran in early August. The second phase of the sanctions, including against oil exports, will be imposed in November 5.

However, top diplomats from France, Britain, Germany, China and Russia, in a meeting with Iranian foreign minister Javad Zarif in New York on Tuesday   have agreed to establish an alternate mechanism in the European Union to facilitate payments for Iranian exports.