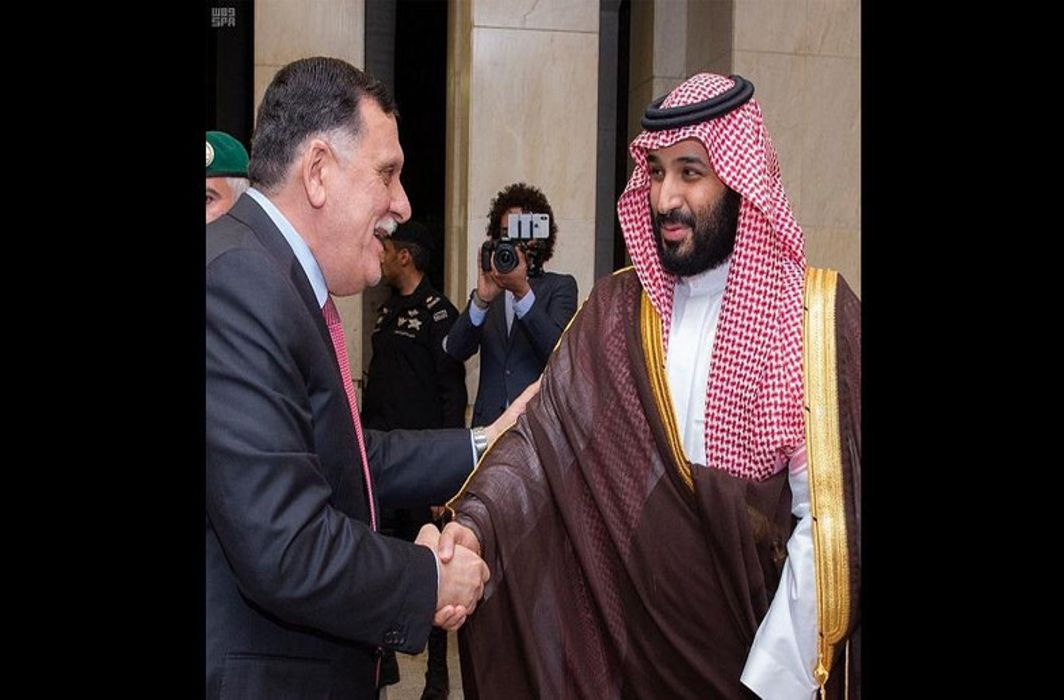 Amidst rumors of him being away from public eye for almost six weeks due to injuries caused in cross-fire at Royal Palace, Saudi Arabia’s Crown Prince Mohammed Bin Salman, also known as MBS, has reappeared on Monday.

According to Riyadh’s official Saudi Press Agency (SPA) Saudi Crown Prince met with the Chairman of the Presidential Council of the Government of National Accord of Libya, Fayez Al-Sarraj, in Jeddah on Monday.

The report further said that during the meeting, they “reviewed the latest developments at the Libyan arena in addition to the exerted efforts towards achieving the security and stability in Libya.”

In another reported activity of Crown Prince Mohammed Bin Salman on Monday was a telephone call, he made to Jordanian King Abdullah II, when he discussed current situation in the region.

According to a statement issued by SPA carried by Al-Arabiya English website, “During the conversation, the fraternal relations binding the two countries, and ways of enhancing them were discussed and issues of mutual concern as well as the developments in the region were reviewed.”

The telephonic conversation between Saudi Crown Prince and Jordanian King was held on the day when King Abdullah sacked his Prime Minister Hani al- Mulki under peoples’ pressure who were protesting against IMF-triggered tax bill and the high prices.

The Saudi Crown Prince was absent on the public stage since the shooting incident near the royal palace at Riyadh on April 21. This triggered several rumors and speculations over his fate. He was seen on April 12 during his visit to Spain. MBS was also not seen when US Secretary of State Mike Pompeo visited the Kingdom late April.

Iranian newspaper Keyhan had raised question over his disappearance and claimed of obtaining copy of a report by an Arab Intelligence apparatus that MBS could have been shot by two bullets.

Observer, a UK based newspaper had also speculated MBS death or injury in the royal palace shooting incident. However, Saudi government had announced that it was a security forces shooting down a toy drone that came close to the palace.