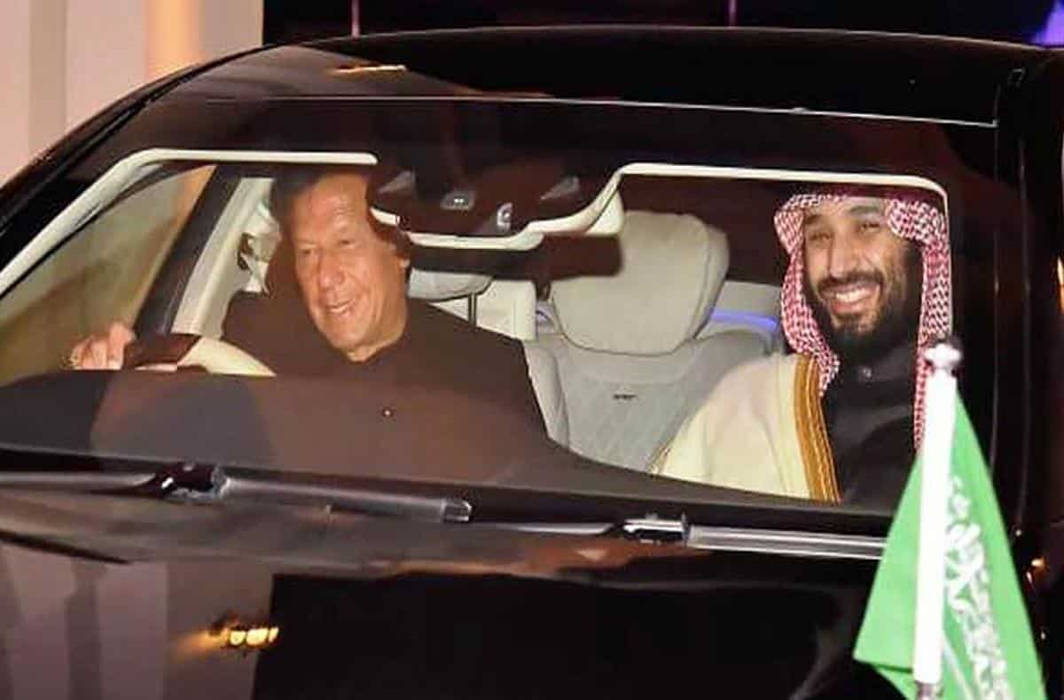 While India hopes for a strong joint statement against terrorism with reference to Pulwama when Saudi Crown Prince Mohammed bin Salman comes to India on his maiden visit tomorrow (Tuesday, Feb 19), things may not go quite as expected.

In Pakistan on Sunday, the Saudi Prince signed a slew of investment agreements worth USD 20 billion which will provide a welcome relief to the teetering economy of the cash-strapped South Asian country.

India, after the Pulwama terror attack, has been making efforts to get international community to build economic pressure on Pakistan by way of sanctions or cutting off aid to penalise it for harbouring terrorists.

Prince Salman said Saudi “cannot say no to Pakistan, whatever you (Pakistan) want we will do.”

“Today we signed MoUs. The amount of that kind of investment is USD 20 billion. It is big for phase one and definitely it (Saudi investment in Pakistan) will grow every month, every year in bigger numbers and it will be beneficial for both the countries,” Prince Salman said, according to media reports.

“Pakistan is going to be very, very important country in the future and we want to be sure we are part of that,” he added.

After Pakistan, the crown prince will travel to India and is expected to finish his tour with a visit to China on Thursday and Friday.

Pakistan prime minister Imran Khan said Saudi Arabia has always been there when Pakistan needed friends. “I want to thank you for the way you helped us when we were in (a) bad situation,” Khan told the royal guest, adding that Pakistan and Saudi Arabia were now taking their relationship to a new level, where investment agreements would be mutually beneficial for the countries.

“The future is exciting for both Pakistan and Saudi Arabia after joining hands,” he said.

Pakistan’s Prime Minister Imran Khan has already made two trips to Saudi Arabia since taking office in August. Pakistani troops are known to provide protection to members of the Saudi royal family. With the US pulling out of the Iran nuclear deal, Saudi Arabia is once again looking to nuclear-armed Pakistan for security in the event of Iran developing an atomic bomb.

Given these facts, it would be unrealistic to expect, as media reports suggest India does, Prince Salman to explicitly back India’s stance vis-a-vis Pakistan on terrorism. According to reports citing sources, India will be looking for some “strong language” on terrorism besides announcing steps to boost counter-terrorism cooperation with Saudi Arabia in a joint statement expected to be issued at the end of Prince Salman’s visit.

Former Jammu and Kashmir chief minister Mehbooba Mufti tweeted that this development between Pakistan and Saudi Arabia will put the government of India in a “precarious position” when the crown prince visits tomorrow.

After last week’s Pulwama attack in which at least 40 Central Reserve Police Force (CRPF) personnel were killed by a suicide bomber driving a vehicle rigged with explosives, terrorism has emerged as a major talking point for India during discussions scheduled during the Prince’s visit.

The India trip was to be dominated by talks on increasing Saudi investments in India’s energy sector, with oil giant Saudi Aramco looking to invest in refineries in India besides retailing of fuel.

India has also been hoping for investment from Saudi Arabia in its National Investment and Infrastructure Fund (NIIF) on the lines of investments by the United Arab Emirates.

The visit by Prince Salman, who is also the Vice President of Saudi Arabia’s council of ministers, follows Prime Minister Narendra Modi’s much hyped trip to that country in April 2016, during which the two sides had agreed to further elevate their existing strategic partnership.

Ace Badminton player Saina Nehwal on Tuesday shared first poster of her biopic Saina on her twitter account. The movie is based...
Read more

Bollywood actor Taapsee Pannu and singer Sona Mohapatra on Monday reacted strongly to the Supreme Court’s observations on a rape case. The Supreme court bench in the hearing asked a raped accused if he was willing to marry the victim.
Read more