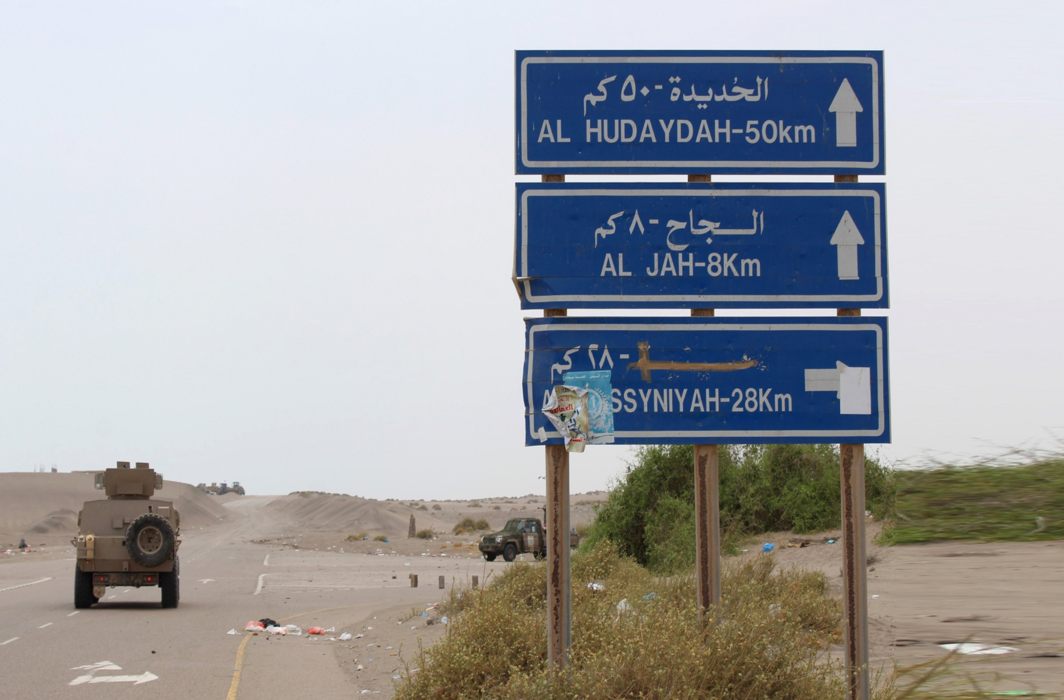 Despite UN warnings for a major catastrophe, the forces backed by the Saudi-led coalition have launched a fresh offensive against Yemen’s Red Sea port city of Hudaydahearly Wednesday morning.

Saudi-owned Al Arabiya TV network announced the beginning of the operation, which the UN has warned could cause up to 250,000 deaths. It said, “The Yemeni army and resistance forces, aided by the Arab coalition, officially launched the battle to liberate the city and port of Hudeidah… on Wednesday at dawn, after the Houthis rejected peaceful solutions.”

The report quoting military source said a large-scale ground operation supported by the Arab coalition’s aerial and naval cover began to march towardsHudeidah in more than one axis.

Quoting local sources, Al-Arabia said “violent explosions were heard in the city’s suburbs. Later in the morning, the army announced it had gained control of the suburb of Nikhailah in southern Hudeidah”.

On the other hand Houthi controlled Al-Masirah TV network reported that “the Naval Force of the Yemeni Army and Popular Committees targeted a naval battleship of the US-Saudi Aggression in the West Coast Wednesday morning, during an attempt to advance towards Hudaidah coast.”

The source confirmed that the missiles accurately hit the hostile battleship. There are ongoing attempts to save the forces aboard the vessel by warship and helicopters, Almasirah reported.

It also said that since the beginning of the US-Saudi aggression, the Naval forces have targeted more than 12 warships and naval units of aggression, including the frigate of the Saudi city and the military Swift ship belonging to the invading UAE forces.”

Meanwhile, Arabic-language al-Masdar News, a trans-Arabic network focused in the conflict zones of the region, has reported heavy Saudi-led airstrikes on Hudaydah as the UAE-backed troops stormed the Houthi positions just south of the city’s airport.

The United Arab Emirates (UAE), a key member of the Saudi-led coalition, had set a Tuesday deadline for the Yemeni HouthiAnsarullah movement to pull out of Hudaydah, which serves as a lifeline for aid delivery to the war-stricken country.

The Saudi-led coalition claims that the HouthiAnsarullah movement is using Hudaydah for weapons delivery, an allegation rejected by the fighters.

Anwar Gargash, Minister of Foreign Affairs of UAE told on Tuesday, “These are the last and final hours to get unconditional guarantees that the Houthis will leave the port.”

The Houthi movement has pledged strong resistance in the face of the assault, the largest of its kind since March 2015. The Houthi media activists have also reported fierce clashes south of the Hudaydah airport and intense air raids over the entire province.

Yemen’s Supreme Revolutionary Committee has also said the warship was destroyed in the counter-attack, adding that Saudi-led helicopters rushed to save the forces aboard the vessel, which is now burning near Yemen’s coastline.

Meanwhile, the pro Saudi Arabia Hadi led government has slammed the Houthis  saying “(We) have exhausted all peaceful and political solutions to get the Houthi militias out from the Port of Hodeidah.  Liberating the port represents the beginning of the Houthis’ collapse. It will secure navigation in Bab-el-Mandeb Strait and it will cut off Iran’s hands that have drowned Yemen with weapons that are used to shed the Yemenis’ blood,” it added.

The ousted government reiterated that it will carry out its national duty towards the people of Hodeidah, with the coalition’s support, after the port is completely liberated and will work to mitigate their suffering and restore life to normal in all districts in the governorate after it’s purged from the Houthis.It also promised the Yemeni people that it will carry the good news “of liberating Hodeidah soon.”

Meanwhile, according to The Wall Street Journal,there are signs that the US military is deepening its role in the assault on Hudaydah, in spite of UN warnings of massive human casualties. Washington, the paper says, is providing its Gulf allies with intelligence on airstrike targets in the port.

It cited American military officials as saying that the US is helping the UAE develop a list of targets meant to be off limits for airstrikes on Hudaydah, with an apparent aim to minimize civilian casualties.

On Tuesday, the UN, International Red Cross and other aid groups have withdrawn their staff members from the port city in the wake of UAE threats.The UNICEF has also raised alarm over the impact of the attack on children in Hudaydah and beyond.

“There are 11 million children in need of humanitarian aid in this war-torn country. Choking off this lifeline will have devastating consequences for every one of them,” UNICEF Executive Director Henrietta H. Fore said in a statement on Tuesday.

On Wednesday, the UN and the International Committee of the Red Cross (ICRC) called on all sides to the Yemen conflict to protect civilians, voicing concerns about the humanitarian situation in Hudaydah.