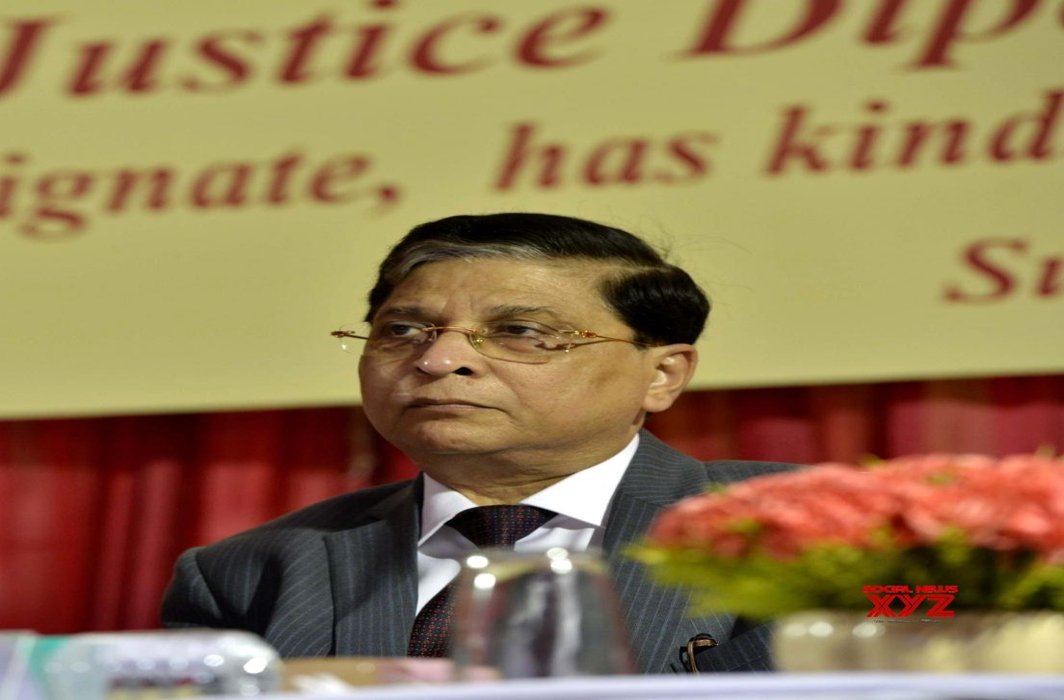 Putting to rest the debate over the role of the Chief Justice as the master of the roster, the Supreme Court, on Wednesday (April 11), summarily dismissed a petition that challenged his powers of allocation of cases to various benches while asserting that there cannot be a “presumption of mistrust” against the head of the apex judicial institution.

The verdict, passed by a three-judge bench headed by Chief Justice Dipak Misra himself and comprising Justices AM Khanwilkar and DY Chandrachud, came against a petition filed by Allahabad-based lawyer Asok Pande. The bench, which had heard the plea for less than five minutes on Monday before reserving its order in the matter, termed the petition as “scandalous” while cautioning the petitioner to be “more responsible for the manner in which he seeks to draft pleadings in the future.”

The Supreme Court’s verdict that reaffirms that the Chief Justice is “primus inter pares: the first among equals” and that “in the allocation of cases and the constitution of benches… has an exclusive prerogative”, comes months after the infamous ‘mutiny’ by four of the top court’s senior-most judges who had raised grave doubts on the manner in which Chief Justice Dipak Misra had been allocating cases to certain benches of the Supreme Court. The unprecedented press conference by the four judges, followed by controversial averments by Justice J Chelameswar – the senior-most judge in the apex court after the CJI – had cast a shadow of doubt in the public’s mind over the manner in which the apex court was adjudicating on important cases, including the petitions on the Aadhaar-linking matter and the one seeking an independent SIT probe in the mysterious death of CBI judge BH Loya.

However, Wednesday verdict, authored by Justice DY Chandrachud, effectively puts to rest any possibility of the Supreme Court breaking from its time-tested tradition of vesting in the Chief Justice the powers of constituting benches and the allocating cases to them.

The 16-page verdict by the three-judge bench says: “the petitioner is not entitled to seek a direction that Benches of this Court should be constituted in a particular manner or, as he seeks, that there should be separate divisions of this Court. The former lies exclusively in the domain of the prerogative powers of the Chief Justice.”

On the issue of how judges must be selected for various benches and to hear different kinds of cases that come before the apex court, the verdict says: “the petitioner seems to harbour a misconception that certain categories of cases or certain courts must consist only of the senior-most in terms of appointment. Every Judge appointed to this Court under Article 124 of the Constitution is invested with the equal duty of adjudicating cases which come to the Court and are assigned by the Chief Justice. Seniority in terms of appointment has no bearing on which cases a Judge should hear… every Judge of the Court is entitled to and in fact, duty bound, to hear such cases as are assigned by the Chief Justice…”

“To suggest that any Judge would be more capable of deciding particular cases or that certain categories of cases should be assigned only to the senior-most among the Judges of the Supreme Court has no foundation in principle or precedent. To hold otherwise would be to cast a reflection on the competence and ability of other judges to deal with all cases assigned by the Chief Justice notwithstanding the fact that they have fulfilled the qualifications mandated by the Constitution for appointment to the office,” the verdict adds.