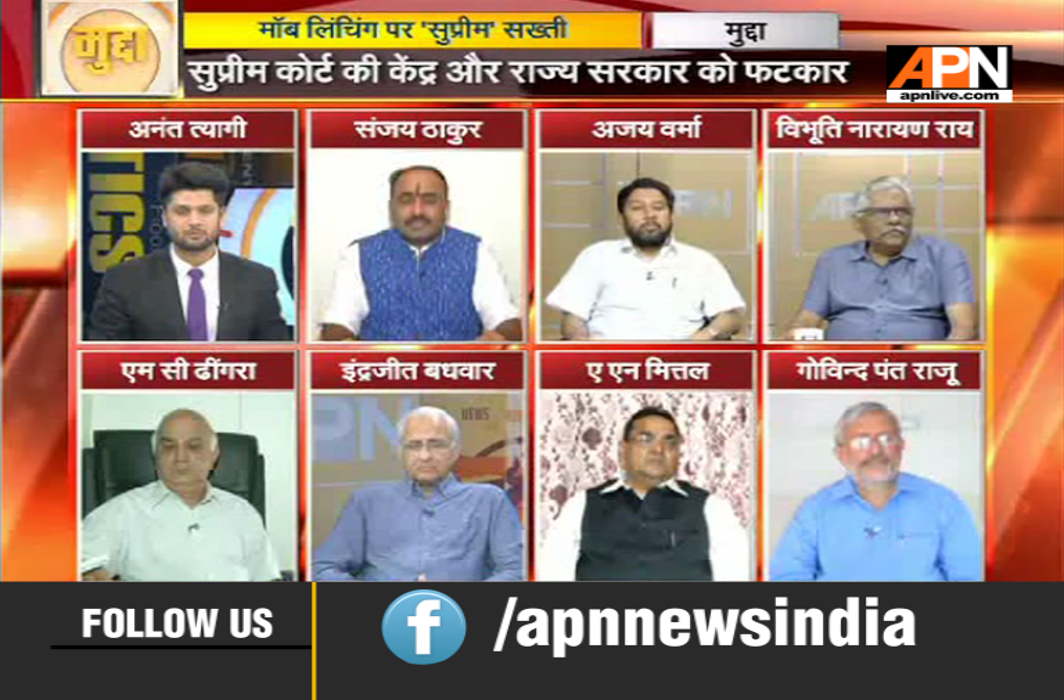 Anant wanted to know why the Supreme Court had to intervene.

Badhwar said: “India Legal has been taking up this issue for the last over one-and-a-half years. I am not getting into the constitutionality of cow slaughter and such issues. Just look at the visuals of how people are getting lynched. India is getting a bad image. There are jokes in The New York Times on the lines of ‘come to India to see lynching’, whereas earlier the line was ‘come to India to see the Taj Mahal’. IL did the cover story ‘Incredibly Violent India’, the country is a far cry from the ‘Incredible India’ campaigns that would attract tourists. Now people actually tell me that they are afraid that if they come to India they might be lynched. Sad that caste and religion have been dragged into this. It’s the responsibility of the state to ensure security of all citizens. I salute CJI Dipak Misra for this judgment. How beautifully preventive, punitive and remedial measures have been categorised and recommended.”

Dhingra said: “Preventive, punitive and remedial measures are proposed. Provocative hate speeches should be halted, victims should be compensated. Since the state is silent, it is been seen as state sponsored violence. Criminal and departmental proceedings should be initiated against those responsible. It seems that mob lynching has become the new fashion.”

Justice Mittal said: “It’s unfortunate that the apex court is now interceding in social justice matters. SC’s work is to deliver justice and interpret the law. It needs to be understood why the situation has become so bad. Strange that in the absence of the SC directives, governments of the day do not take action.”

Rai said:”If legislature does its work, there is no need for the court to intervene. Mobs feel that they are doing the work of fast track courts, gau rakshaks think that their work is ordained by religion. No religion says that humans should be killed for animals.”

Verma said: “Now the ball is in the government’s court as regards framing proper laws against lynching and to ensure preventive measures are put in place so that such incidents do not happen.”

Raju said: “If the government had acted firmly, such incidents would not have happened in the first place.”

Supreme Court senior advocate Pradeep Rai said:”Violence was allowed to breed for a long time. But this is certainly a landmark judgment. Now the government will have to quickly act to frame the necessary laws and ensure preventive actions.”

Coming back to Mudda, Justice Mittal said:”Usually in cases of mob lynching, local leaders are involved. Intelligence agencies should be able to crackdown on such local leaders.”

Dhingra said: “First frame the laws, and then make stringent efforts to prevent recurrence of such incidents.”

Rai said: “The point is that there is a certain body language of the state as well. The government of the day should make sure that it is not abetting such crimes.”

Thakur said: “There is no laxity from the government’s side. Just like the PM sent out a clear signal during the note ban, he should now be seen to be sending a clear signal to all those indulging in such violent acts.”