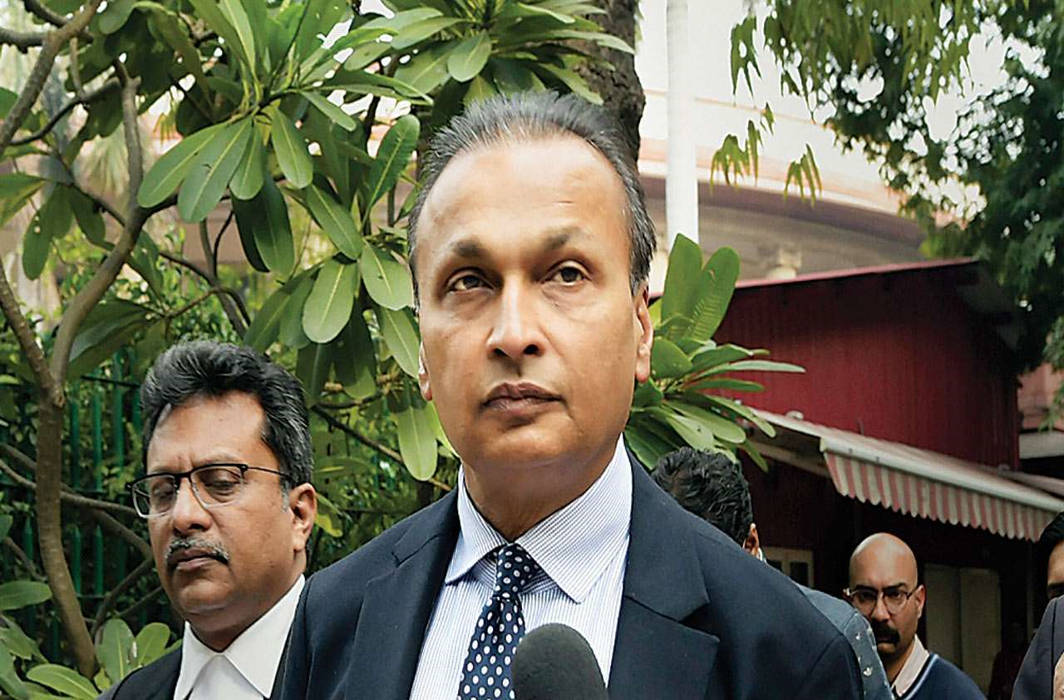 Reliance Communications (RCom) chairman Anil Ambani and two directors in his company were today (Wednesday, Feb 20) held guilty of contempt by the Supreme Court for failing to pay Rs 550 crore dues owed to Swedish telecom giant Ericsson despite court orders and their undertaking to the court.

A bench of justices RF Nariman and Vineet Saran asked Ambani and the two directors to pay Rs 453 crore to Ericsson within four weeks, failing which they would face three months’ jail term.

The court also imposed a fine of Rs 1 crore each on them and if the amount is not deposited within a month, then 1-month jail will be awarded. The other two directors are Reliance Telecom chairman Satish Seth and Reliance Infratel chairperson Chhaya Virani.

It directed that Rs 118 crore already deposited by Reliance Group in the apex court’s registry be disbursed to Ericsson within a week.

The Court further held that the unconditional apology given by Reliance cannot be accepted, in light of its cavalier attitude towards the highest Court of the land.

RCom shares price dropped as much as 9.2 per cent to Rs 5.45 after the court order.

The court had reserved its judgment last week after hearing the two sides, during which senior advocate Dushyant Dave, representing Ericsson India in the case, had invoked the Rafale deal to target Ambani.

“They have money for Rafale. Somebody who is getting involved in every conceivable project has no money to pay Rs 550 crore to us and honour this Court’s order,” he told the bench. This was opposed vehemently by senior advocate Mukul Rohatgi, representing Anil Ambani

“To say that Anil Ambani gave a personal undertaking and that it was unconditional is a travesty of justice … It was conditional,” Rohatgi said. Rohatgi told the bench that the sale which was expected to net Rs 18,100 crore brought in only Rs 780 crore.

Dave submitted that this money from the sale was given to the Department of Telecommunications instead of Ericsson. Rohatgi replied that lenders had done this to keep the telecom licence alive as without that, there would be nothing.

He told the top court that with the failure of its assets sale deal with elder brother Mukesh Ambani-led Reliance Jio, Anil Ambani’s company has entered insolvency proceedings and is not in control of the funds.

RCom had told the court they had tried to move “heaven and earth” to ensure Ericsson gets its due but was unable to do so due to failure of assets sale deal with Jio.

However, the Supreme Court Bench slammed Ambani for his “cavalier attitude” and “wilful disobedience” of the court’s earlier orders to pay the dues Reliance Communication owed to Swedish telecom Ericsson company.

The court said it wasn’t sending Ambani to jail straight away, despite finding him guilty of contempt and willful disobedience of its orders because the bench felt that “the contempt can be purged by clearing the payments with interest.”

The Bench dismissed their “unconditional apology” for disobeying the orders of the highest court of the country.

“RCom had no intention to abide with the undertakings… Undertakings were false to the knowledge of the RCom and group companies. This amounts to contempt of court,” Justice Nariman said while reading out the judgment.

The contempt petition was filed by Ericsson, contending that Reliance had committed gross contempt by disobeying orders of the Supreme Court, which had directed it to pay Rs. 550 crores to Ericsson towards settlement of dues.

On August 3, the Supreme Court had ordered that the payment of Rs. 550 crore be made on or before September 30.

Subsequently, Reliance sought an extension of time for making the payment, which was allowed by the Supreme Court. On October 23, the Court said that as a “last opportunity”, it will allow Reliance to make the payment along with interest before December 15, 2018.

Before the expiry of the said date, Reliance once again filed an application for extension of the deadline, but the same was withdrawn on December 14 after it realized that the Court was not inclined to entertain the application.

Ericsson thereafter sought the initiation of contempt proceedings against Reliance Communications and Anil Ambani for violation of the Supreme Court orders of August 3 and October 23.

In the petition filed through advocate Bhargava V Desai, Ericsson had prayed that Anil Ambani, Chairperson of Reliance Communications, be detained in civil prison till the dues along with interest are cleared.