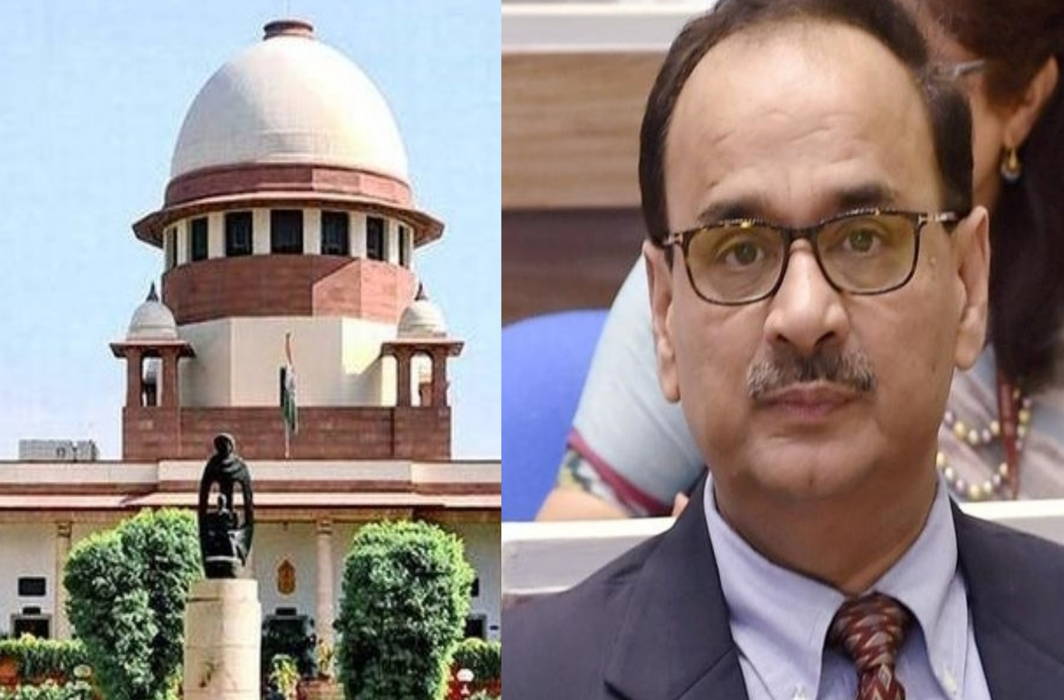 Without going into the legality or otherwise of government’s decision to divest CBI Director Alok Verma of his powers and send him on compulsory leave, the Supreme Court today ordered the Chief Vigilance Commission (CVC) to complete any enquiry against him within two weeks.

The Supreme Court bench of Chief Justice Ranjan Gogoi, SK Kaul and KM Joseph was hearing a plea filed by Verma challenging the Centre’s decision to send him on leave and appoint CBI joint director M Nageshwar Rao as the agency’s interim chief.

The top court also restrained interim CBI director M Nageshwar Rao from taking any policy decisions. He will only look after the functioning of the agency, the court ruled.All decisions taken by Nageshwar Rao from the date of his appointment as interim director till this hour will be submitted to the court in a sealed cover, the bench said, according to media reports.

Rao had, within hours of taking charge as the interim chief,transferred a number of officers in CBI, posting out all officers investigating corruption cases against controversial CBI special director Rakesh Asthana and replacing them with officers seen close to Asthanato carry out the investigations pending against him in six corruption cases.

There has been a running feud between Verma and Asthana, with Verma questioning the decision to appoint Asthana to CBI, citing corruption cases, two years ago. The government was, thus, aware of the problem. Asthana had also complained to CVC about Verma, accusing him of corruption.

As the CBI under Verma carried on with case against Asthana, it filed a FIR on October 15, special director Rakesh Asthana and Deputy Superintendent of Police Devender Kumar, in a Rs 3 crore bribery case linked with controversial meat exporter Moin Qureshi.Kumar was arrested and both he and Asthana challenged the FIR in Delhi High Court.

The government finally woke up on Tuesday when Verma relieved Asthana of his responsibilities. In an overnight action, a move that has invited speculation as well as criticism, the government, in the wee hours of Wednesday, divested Verma of hs powers and sent both him and Asthana on compulsory leave and appointed CBI joint director M Nageshwar Rao as interim director.

Verma challenged the decision stating that the CBI director is, by law and Supreme Court’s directives, granted a fixed two-year tenure and cannot be transferred before this term unless the collegium responsible for his appointment – the Prime Minister, Chief Justice of India and Leader of Opposition – carry out a full scale enquiry to justify the transfer. Verma also told the top court that his ouster was the result of certain investigations being carried out by the CBI, including those against Asthana, which had the potential of putting high officials of the Narendra Modi government in the dock.

The Centre defended its decision of sending Verma and Asthana arguing that their factional feud had reached its peak and could tarnish the reputation and credibility of the premier investigating agency.

On Friday, while the court of Chief Justice Ranjan Gogoi was hearing Verma’s petition, the CBI chief’s counsel, senior advocate Fali Nariman, argued that the Centre’s decision to send him on leave was a violation of the DSPE Act that grants the agency’s director a secured two-year term. Verma’s term was to end on January 18 next year.

The CJI then said that the CVC should conduct an enquiry on the charges against Verma (the Centre has alleged that Verma was not cooperating with the CVC in certain cases involving CBI officials while Asthana has accused the CBI chief, in a complaint to the CVC, linking him to bribery case) within 10 days and that the probe will be monitored by a Supreme Court-appointed judge.

However, Solicitor General Tushar Mehta urged the court to grant the CVC more time to complete the enquiry, stating that 10 days was too little time.

The CJI initially joked that the court could instead give 240 hours to the CVC to finish its probe. Later, it said that the CVC must finish the enquiry within two weeks and that the interim CBI chief would, during this period, be retrained from taking any policy decisions. The court also said that in case there are essential decisions to be taken by the interim chief, a list of all such decisions and the reasons that compelled them must be maintained for possible perusal by the court, if needed.

The top court will hear Verma’s petition on November 25 now. On that day, the court could also hear a similar petition filed by Asthana challenging the Centre’s decision of sending him on leave and another petition filed by NGO Common Cause that highlights instances of government interference in the CBI’s functioning. The top court refused to hear Asthana’s petition on Friday stating that it had not received the relevant documents related to the case.

As for the question of whether the government has the power to divest the CBI Director of his powers and send him on compulsory leave, in effect removing him, the CBI Director Verma’s legal team said the SC bench will take go into it later.