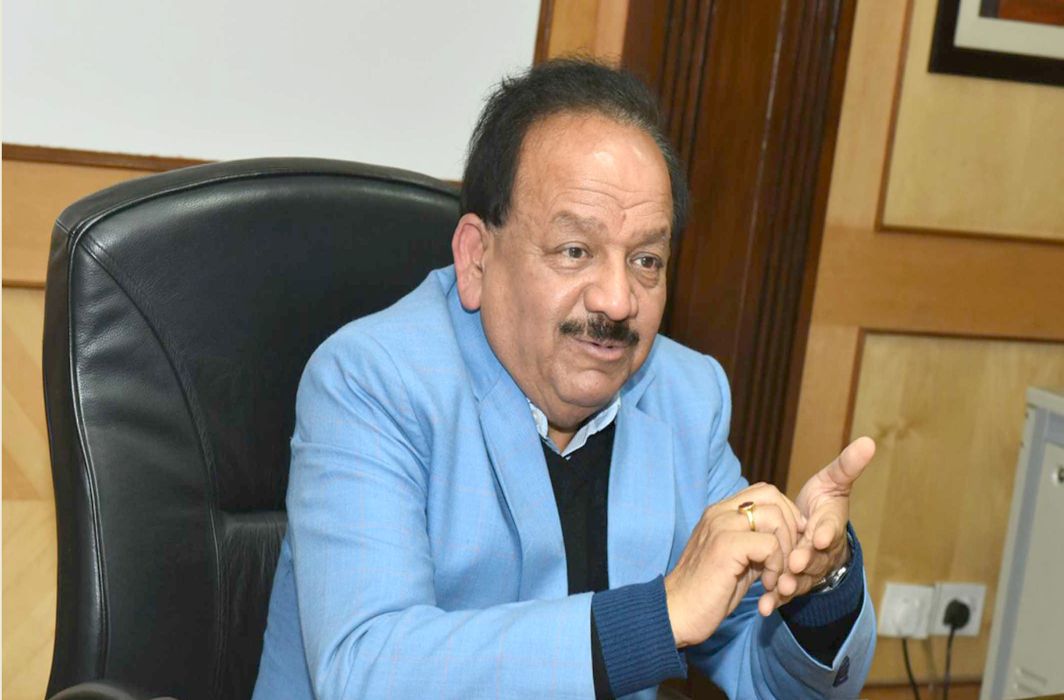 The annual Science Congress has become a venue for great stand up comedy, even since the element of Hindutva was brought into it. Don’t laugh, the world laughs at you.

This year it was the turn of India’s Science Minister Harsh Vardhan, impressively described on his Twitter handle as “Union Minister for Science & Technology, Earth Sciences, Environment, Forests and Climate Change- Government of India, ENT Surgeon, Ex Advisor World Health Org”. He was speaking at the 105th Indian Science Congress at Imphal on Friday, 16 March.

His outstanding contribution to this Science Congress was the statement that “renowned cosmologist Stephen Hawking… emphatically said on record that our Vedas might have a theory which is superior to Einstein’s theory of E=mc^2” has earned him instant fame – internationally, not just in India which even that teenager Priya Prakash Varrier achieved with a wink and a smile.

Vardhan ensured mirth and hilarity all around – well, at least in circles not belonging to RSS or BJP who are short of the sense of humour. Or even just plain, simple sense, some might say.

After announcing his earth-shaking finding, Harsh Vardhan, when asked to substantiate, loftily told the doubting inquisitors to go find out themselves where the gem came from. Alas, they didn’t take it as a joke and let it pass.

Much to Vardhan’s mortification, they found the source. It is from the website of the Institute of Scientific Research on Vedas (I-SERVE), which in turn referenced a post on a fake Stephen Hawking profile on Facebook. They are all from the same lot and Stephen Hawking had nothing to do with them or the statement attributed to him.

“Each and every custom and ritual of Hindus is steeped in science and every modern Indian achievement is, in fact, a continuation of our ancient India’s scientific achievements. We recently lost a renowned scientist, renowned cosmologist Stephen Hawking. He also emphatically said on record that our Vedas might have a theory which is superior to Einstein’s theory of E=mc^2.”

#ISC2018 –Each and every custom and ritual of Hinduism is steeped in science; every modern Indian achievement is a continuation of our ancient scientific achievement. Even Stephen Hawking said, our Vedas might have a theory superior to Einstein’s law E=MC2. @moefcc @IndiaDST pic.twitter.com/QP9PbLElCd

Vardhan took centre stage this year, but men greater than him have done this year. Leading from the front as always, it was Prime Minister Narendra Modi who had earlier talked about plastic surgery and head transplant being common in ancient India. Nuclear technology, missiles, aircraft – ancient India had all of these.

Later developments in this stream of Indian science have led to discoveries that cows exhale oxygen, their urine has gold and cowdung offers guaranteed protection from nuclear bombs.

Before the Science Minister, it was Education minister Satyapal Singh who had his shot at fame with his assertion that Darwin’s theory of evolution was scientifically wrong, since no one had seen an ape turning into a man. Singh sought to bolster his claim by pointing out to his master’s degree in science (chemistry).

But for now, Harsh Vardhan is the centre of attention.

Nevin John: What Science Minister Harsh Vardhan did was a small step to improve India’s ranking in happiness index.

What Science Minister Harsh Vardhan did was a small step to improve India's ranking in happiness index.

Minister @drharshvardhan on Thursday claimed that Stephen Hawking had said the Vedas have a theory that is superior to Albert Einstein's theory of relativity.

Stephen Hawkings also endorsed the fact that every 2000/500 Rs notes had GPS chips. Harshvardhan wants to surprise us with this news later.

Stephen Hawkings also endorsed the fact that every 2000/500 Rs notes had GPS chips.Harshvardhan wants to surprise us with this news later.

Harshvardhan does not seem to have the IQ understand neither the Vedas nor Albert Einsteins theories https://t.co/OvlGxXXWxe

A global health crisis like the Covid19 pandemic...
Read more