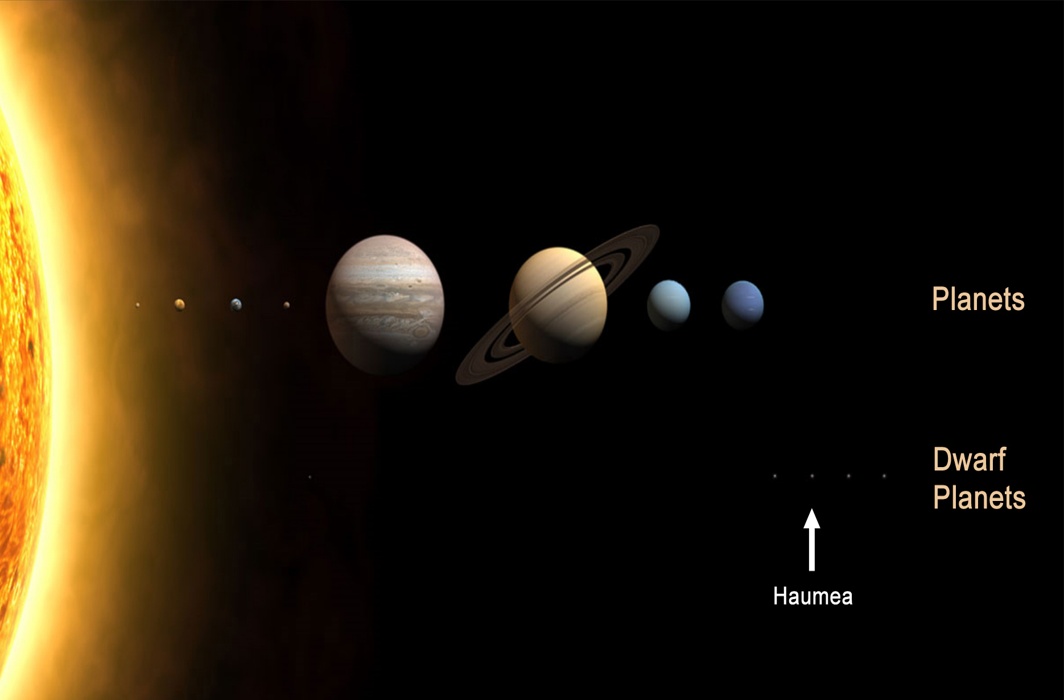 Till now there had been only four other planets in the outer solar system which had rings- Jupiter, Saturn, Uranus and Neptune.

Scientists have discovered a ring around a dwarf planet Haumea, which orbits in the outer reaches of the solar system. The discovery left them excited, though they were not too surprised over the findings. The discovery of Haumea’s ring was reported in Journal Nature.

Till now there had been only four other planets in outer solar system which had rings – Jupiter, Saturn, Uranus and Neptune.

“In 2014 we discovered that a very small body in the Centaurs region [an area of small celestial bodies between the asteroid belt and Neptune] had a ring and at that time it seemed to be a very weird thing,” explained Dr José Ortiz, whose group at the Instituto de Astrofísica de Andalucía in Granada made the discovery. “We didn’t expect to find a ring around Haumea, but we were not too surprised either.”

The ring, said to be dense and dark, blocks half of the light that passes through it on the way to Earth. Its width is 70 Km and is about 1,000 kilometres away from Haumea’s surface.

Associate Professor Jonti Horner from the University of Southern Queensland, commenting on the discovery, said rings may be more common than we thought.

“It is really exciting because it supports the idea that rings are actually really common, almost ubiquitous — rather than being rare and mysterious,” he said.

Haumea was first discovered in 2004. Counted among other five dwarf planets, Pluto, Ceres, Eris and Makemake, the rugby-ball shaped Haumea is also known for its peculiar and rapid rotation, spinning end-over- end once every four hours.

The nomenclature of dwarf came into existence when thousands of Neptunian objects located in the outer solar system were found to be approximately the size of the Pluto which led the International Astronomical Union to create the category of dwarf planets.

Haumea is named after the Hawaiin goddess of childbirth. It has a diameter which is approximately a third of the size of Earth’s moon.