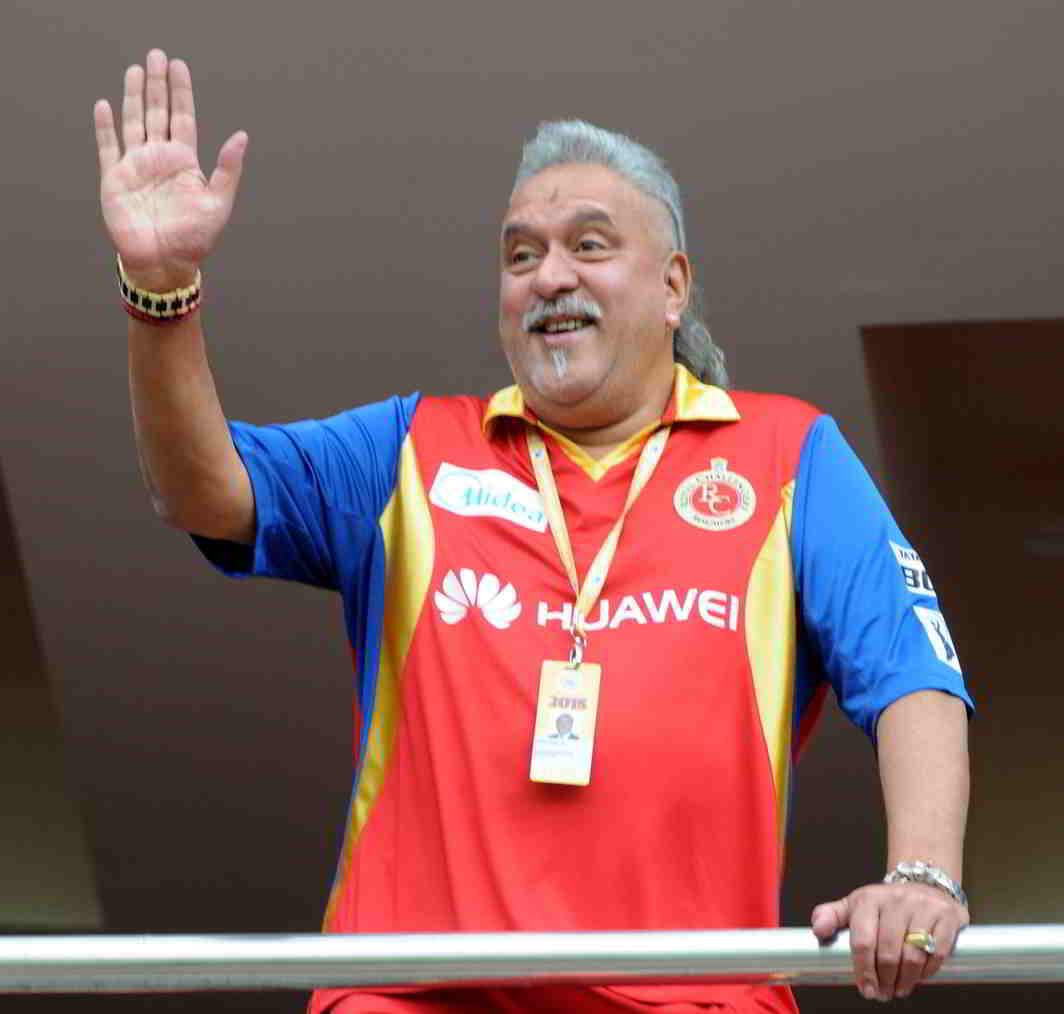 Liquor baron to pay for making off with over Rs 9,000 crore, but what about the banks who loaned him the money?

Karma catches up with you sooner or later. And when karma is worth Rs 9,000 crore in public money defalcated, it will probably catch up with you sooner rather than later, complicit banks’ wishes notwithstanding. Vijay Mallya’s arrest by Scotland Yard, around 9.30pm London time, speaks volumes about how the spat might come back at the banks, none among whom have been penalized for the massive Kingfisher Airlines scam.

Mallya, of course, was produced at the Westminster magistrate’s court later in the day and got bail. Later, he tweeted (see picture): “Usual Indian media hype. Extradition hearing in Court started today as expected.”

We have all been educated on the ills and spills of Mallya, the liquor baron who fled the country a year back, his first class luggage comprising 11 massive suitcases full of goodies that nobody within the law enforcement system presumably saw. He stayed out, spending time at parties and with his Force India Formula One team. Mallya has said he has been termed guilty “without a trial”.

India had taken time to react, having asked the British government only in February to have Mallya extradited. In India he will be facing charges of money laundering and there are several warrants out in the country for him. India cited its extradition treaty with the UK and the extradition request was handed over to the British High Commission in Delhi through a note verbale on February 8.
This is not to say that Mallya can no more manipulate the law enforcement system in India. His party days maybe over for the time being, but freedom isn’t that far off either (if he is transferred back to India, at all, that is. He has already got bail). India’s law enforcement agencies have been as much at fault as the banks, for not only allowing him to flee, but for allowing the businessman run away with huge debts on his shoulders in the first place. Technically, as per recent announcements by the government, there is a move to shift all bank NPAs into another company that will do the necessary debt restructuring. That would also imply that the NPAs will have been removed from the banks’ books. With them will, probably, be removed names such as Vijay Mallya’s.

Technically, the corrupt system of India suits Mallya better than the better organized financial system of the UK where he thought he would spend the rest of his grey-hair days, frolicking. Mallya, in India, will once again land amid his sycophants and cronies, building a formidable legal wall and a Gordian knot that nobody will have the sense to untie with a swishing blade.

On the other hand, if the UK allows his deportation, and if the law acts tough, Mallya will have tomes to write about corrupt bank officials who acted in cohorts with him in siphoning off public money into offshore accounts.

India’s extradition request—Mallya has been declared a proclaimed offender—to the UK government for Mallya was certified by the UK Secretary of State (home minister).

Which meant that the British government realised the gravity of the situation and decided to take action, if the magistrate so felt. External Affairs Ministry spokesperson Gopal Baglay has been quoted in the media as saying: “The UK home department on February 21 conveyed that the request of India for extradition of Mallya has been certified by the secretary of state and sent to the Westminster Magistrates’ Court for a district judge to consider the issue of releasing of warrant.”

It, of course, took into consideration a Delhi court’s decision last week to put out an open-ended non-bailable warrant against him in a case of foreign exchange violation. The 61-year-old’s passport had been cancelled earlier, but initial approaches to the British government fell through because he had a valid British visa and could legally stay in London.

Now that the London court has granted him bail, things just might get a little more complicated for India. The CBI’s chargesheet against Mallya is on cheating and conspiracy. He defaulted on a Rs 900 crore loan from the IDBI bank in 2009. As per the chargesheet Rs 250 crore of this money, meant to buy aircraft, went to one of his offshore accounts instead.

$ 40 million for his children

Technically Mallya is being prosecuted on several counts, including FERA violations. It was the FERA violations issue that can get him back to India, though his huge defalcations from banks rank pretty high. Recently, amid this controversy, Mallya had transferred $40 million to his children. He gave little explanation on his position on this huge transfer. In a tweet he said: “I have humbly obeyed every single Court Order without exception. Seems as if Government is bent upon holding me guilty without fair trial.”

Another interesting tweet by Mallya said: “Public Sector Banks have policies for One Time Settlements. Hundreds of borrowers have settled. Why should this be denied to us?” He said that the loan settlement offer has been rejected by the lenders (banks).

The banking scam and the insolvency door

Now to the banks. Before going into the details, one must recall an interesting comment made by finance minister Arun Jaitley last year. In an effort to explain the fall of Kingfisher Airlines, Jaitley reportedly commented that maybe Mallya’s business model was not right, because other airline companies were making money.

Then he said that law says that a Member of Parliament could lose his membership if he becomes an “adjudged insolvent”. Problem is, for that a bankruptcy law is necessary.

“Generally, if you are not paying, that is different from the legal language in the constitution. There has to be a system under which you are adjudicated and judged as a declared insolvent and that only happens if you have an insolvency law in place. That’s what the parliamentary committee is looking at, not in his context but independent of that,” Jaitley had said.

But that the banks were complicit cannot be washed away. It is strange, why Mallya is being considered the only guilty person in all this. Banks, per se, deal with public money. If a bank is lending to an entity, it is the responsibility of the bank (especially when it is a PSU) to verify the credentials of the intended debtor. Loans for small and micro projects are impossible to come by from banks. This has become a proven truth. But when it comes to these big borrowers, the banks’ purse strings open up.

This is a key situation. If Mallya returns, banks should not get away with their ends of deals.