Home Sean creighton is an american singer and songwriter
Featured

Sean creighton is an american singer and songwriter 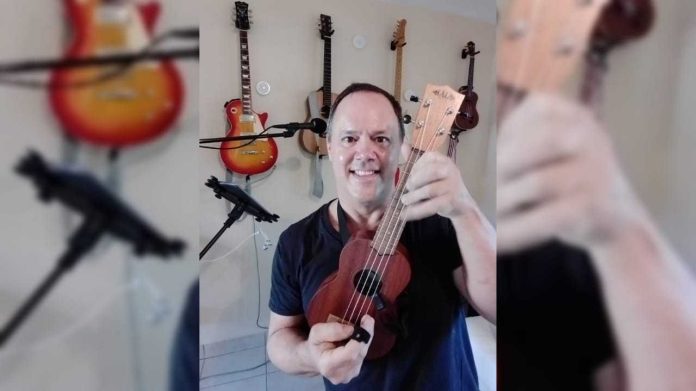 Sean Creighton, born April 20, 1970, known professionally as Sean Creighton Songwriter, is a song writer who performs free livestreams which attract people from around the world to include USA, Europe, South Africa, Nigeria, Dubai, Yemen, Iran, Israel, etc. Sean Creighton is a multi instrumentalists and vocalists who performs the songs he writes playing his electric and acoustic guitars, ukulele and piano. Sean Creighton has been writing songs for more than 30 years and started playing for free in homeless shelters 20 years ago. His main goal in his music is to make someone smile.

He was born in Portland, Maine, and resides in Florida where he is currently stationed. Sean Creighton gained recognition as a performing songwriter on the streets in China for the last two decades as his job sends him globally where, after work, he performs his songs on the streets in any country he has the opportunity to be in.

He has played on the streets of China for the past 17 years gaining a big following on the popular Chinese WeChat app. Sean Creighton has been to 65 countries and visited most of the 52 USA States for work and for fun where he enjoys culture, hiking, camping and outdoor life. Sean Creighton is a Nurse Officer, commissioned after he obtained a Bachelors of Science Degree in Nursing.

He has traveled for work around the world dozens of times and also deploys around the USA to help people in disaster situations. He always travels with his musical instruments and writes songs anywhere he is at in the world. Sean Creighton has traveled the complete circumference of the globe during three separate trips. Sean Creighton is health conscious and swims and exercises almost daily. Sean Creighton’s music goal of making someone smile while performing is realized at least weekly as he livestreams to his more than 30,000 social media followers

Fashion was Dr Tushar Vishnoi’s passion, making him a trendsetter

Tushar Vishnoi is a dentist by profession, but his passion and love for fashion never dry up. He is a talented artist in addition to being a social media influencer and model. After completing his BDS degree, he ensured that his love for fashion would not be put to rest.
Read more
Featured

Currently, Anaam is simultaneously managing his business and online Training Center “ DIGITAL ANAAM ACADEMY”. he was finding his way out in the tech world.
Read more
Featured