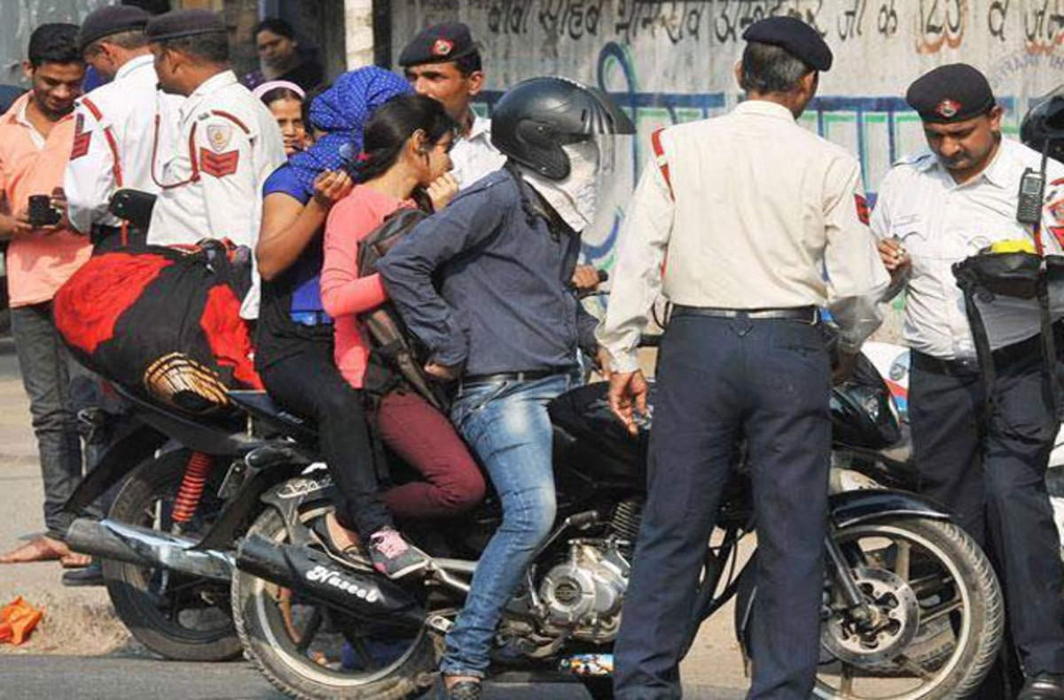 Ever since the Motor Vehicles Act 2019 came into effect, it has instilled a sense of fear and responsibility on commuters. With steep fines and even imprisonment, the penalties are nothing to be laughed at. And in the National Capital Region where lawless driving is the norm rather the exception, the sudden spurt in law-abiding citizens is surprising and laughable.

Within a week of these heavy fines being imposed, one can see some order of semblance and propriety — cars and scooters backing off from standing on pedestrian crossings, youngsters wearing helmets rather than driving with wind-kissed hair, people wearing seat belts and the police being given a wide berth. After all, who wants to burn a hole in the pocket by not following traffic and road safety rules? For not wearing a helmet alone the fine has increased from Rs 100 to Rs 1,000, plus a three-month disqualification of licence. Some poor commuters have even been slapped with fines going up to Rs 59,000.

However, the fact remains that along with the Act being enforced, there is also ham-handedness on the part of enforcing authorities who are seeing this as a way to make a quick buck.

Ask any youngster driving alone in a car at night and in all likelihood he will tell you he has had a brush with the police needlessly. He will be pulled aside and asked to fork out some money for being “drunk”. If told he isn’t drunk, there are other modes of harassment such as asking for all kinds of papers and if these are also in order, the young man is simply asked to cough up some money.

It is, therefore, not surprising to find Delhiites complaining that the police is only there to make money and issue challans, whereas hot spots which need them to regulate traffic are unmanned. Take some of the most happening malls and see the traffic mess there as autos and cars interweave with each other in merry confusion, leading to flared-up tempers and hot collars. One will hardly find a policeman there to regulate traffic. Or take a rainy day when traffic lights conk off and the city is awash and traffic, a mess. How many policemen do you see directing traffic? These are just some of the glaring examples of lack of enforcement when needed.

This coupled with a population which hardly cares for rules can make Delhi a daunting place to live in. The devil-may-care attitude of people has come to a braking halt now with these heavy fines. Ample evidence of sudden compliance and change of behaviour can be seen at various Pollution Under Control centres in the city which are seeing a huge rush. But surely commuters could have saved themselves this trouble if they had got their pollution certificates checked in time. This lackadaisical attitude has come back to haunt them as they have to wait 4-5 hours for their pollution check as servers here often crash as they can’t cope with the rush.

Your Life, Your Health. It’s important to choose your water storage tanks wisely

The Chosen Ones by AwardsArc marked a great success, here are the glimpse