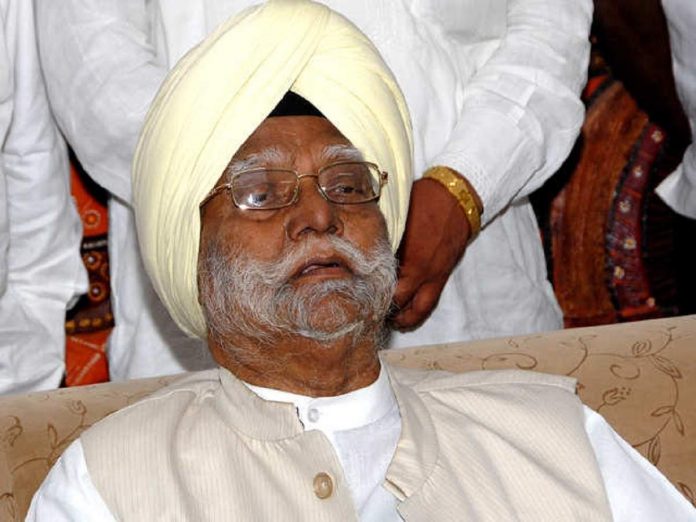 Former union minister and Senior Congress leader Buta singh passed away on Saturday at the age of 86. He had suffered a brain hemorrhage in October last year and was in coma since then. He was under treatment at All India Institute of Medical Sciences in Delhi. His son Arvinder Singh Lovely Sidhu took to social media to inform about his death.

Following his death, tributes started pouring in for the departed leader. Prime minister Narendra Modi took to Twitter to condole the death of senior congress leader. The PM wrote that Buta Singh was an excellent administrator and an effective voice for the welfare of the poor and downtrodden. The PM said he was saddened by Singh’s demise and offered condolences to his family and supporters.

President Ramnath Kovind also expressed his grief at the demise of Singh and wrote that the country has lost one of the longest serving parliamentarians with rich administrative experience. He said the leader championed the cause of the oppressed and marginalized.

Congress leader Rahul Gandhi tweeted in Hindi and said the country has lost a true public servant and a loyal leader. He said Singh had dedicated his entire life to welfare of public and well be remembered for the same.

Buta Singh was born on March 21, 1934. He worked as journalist before taking the political plunge by joining Akali Dal. He joined Indian Nation Congress in 1960s.

An eight-time Lok Sabha member, Singh served as a Union minister in the Rajiv Gandhi government from 1986-1989. Apart from this, he had also been the Governor of Bihar and chairman of the National Commission for Scheduled Castes. He was considered close to both Indira Gandhi and Rajiv Gandhi. He was closely involved with Operation Blue Star and oversaw reconstruction of Golden Temple following the exercise. Singh was also involved in 2014 general elections from Jalore district.