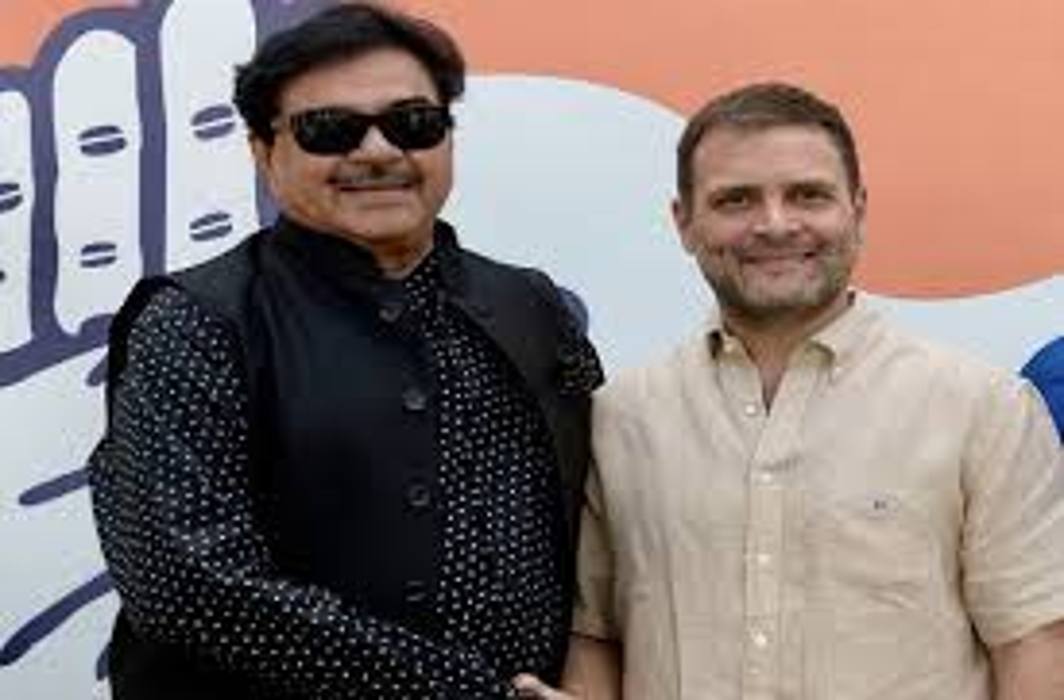 Actor-turned-politician Shatrughan Sinha today (Saturday, April 6) officially joined the Congress, on the Sansthapna Diwas or Foundation Day of his erstwhile party, the BJP.

He was admitted to the party in presence of senior party leaders KC Venugopal and spokesperson Randeep Surjewala.

Sinha, who has been outspoken in his criticism of Narendra Modi government’s policies and the BJP under Prime Minister Narendra Modi and party president Amit Shah, said under the new leadership, the party has ended “internal democracy”. He said, “I saw democracy changing into dictatorship in the BJP.”

“In the one-man show, two-man army, everything happens from Prime Minister’s Office… the ministers can’t work freely anyway,” he said, adding, “We have seen how democracy turned into autocracy.”

Asked about his past comment lauding Prime Minister Narendra Modi, Sinha said, “I used to call him dashing and dynamic…for his 56-inch chest…Today, Rahul Gandhi is the face of the nation and future of the nation.”

Castigating BJP for the snub to veteran leader LK Advani, Sinha said, “Advani ji was sent to Mardarshak Mandal which hasn’t held even a single meeting so far. They did the same to Jaswant Singh, Yashwant Sinha…  I was even told that I have been a critic and that I will not be given a cabinet post… but my image has been clean.”

He called demonetisation “probably the world’s biggest scam”. Sinha said, “It was a mindless decision… Several people died… Modi ji’s mother was in the queue and we were told it was normal.”

Shatrughan Sinha, 72, is likely to contest as the opposition alliance candidate from Bihar’s Patna Sahib, his constituency of 10 years. The BJP had earlier named Union Minister Ravi Shankar Prasad as its candidate for this constituency.

Sinha said that Rashtriya Janata Dal chief Lalu Yadav has been “instrumental in my decision” to join the Congress.

“The Congress played the biggest role in bringing India’s Independence. It was wholly and solely responsible for freeing India from the colonial rule,” he said at a press conference at the Congress headquarters.

Sinha had met Congress president Rahul Gandhi on March 29 in New Delhi. There were reports that Sinha’s big bang admission into the Congress was delayed by the party’s tussle with the RJD over him.

Sinha has often referred to RJD president Lalu Prasad as his family friend even after the latter’s conviction in a case of corruption.

Announcing that he would join the Congress, Sinha had said that he was doing so with the “consent” of Prasad.

Sinha has been openly critical of PM Modi and Amit Shah and over the past year, his tweet-a-day barbs have been increasingly provocative for the party. In January, he even joined opposition leaders in a mega rally in Kolkata hosted by Bengal Chief Minister Mamata Banerjee.

“I am sad that I had to quit the BJP on its foundation day,” he said slamming the ruling party for imposing 75 year-bar on contesting polls. “Do people become brain dead,” he asked.

“I congratulate the BJP on its 39th foundation day. I received my political training in the BJP. But it was Congress leader Subodh Kant Sahay took me to public life for the first time,” Sinha said.