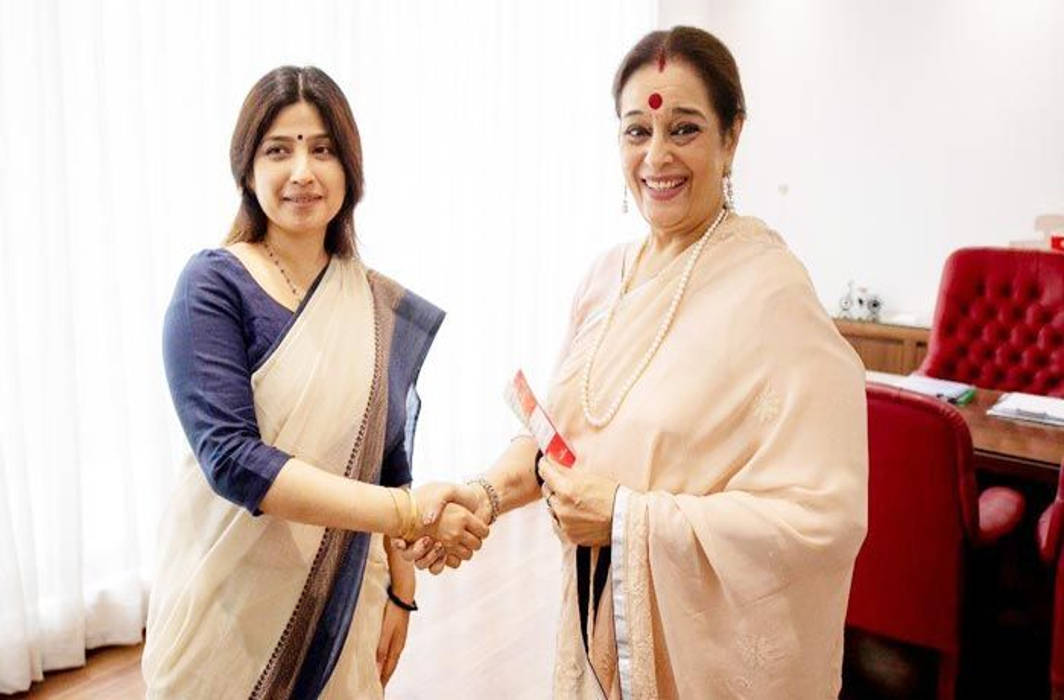 Poonam Sinha was welcomed into the party by Dimple Yadav, the wife of Samajwadi chief Akhilesh Yadav.

“She will be our nominee for Lucknow,” said senior Samajwadi leader Ravidas Mehrotra.

It was being speculated for long that the alliance of the Samajwadi Party, Bahujan Samaj Party and Rashtriya Lok Dal in Uttar Pradesh would go for Poonam Sinha as their candidate against Union Home Minister Rajnath Singh of the BJP.

Earlier, Shatrughan Sinha had met with the SP chief Akhilesh Yadav to discuss about the candidature of his wife. Patna Sahib MP will now be contesting the election on Congress ticket.

It is to be noted that there are four lakh Kayastha voters, 1.3 lakh Sindhi voters and 3.5 lakh Muslims in Lucknow. Poonam herself is a Sindhi, her husband Shatrughan is a Kayastha and Samajwadi Party has a good support of Muslim voters, then it can be said that all this can be beneficial for her.

On the other hand, Lucknow parliamentary seat is considered to be a BJP bastion and has been its stronghold since the Atal Bihari Vajpayee era. After Vajpayee, this seat was won by Lalji Tandon and then by Singh in 2014.

“On a seat like Lucknow, I am willing to take a risk. I want to look beyond the usual caste combination here. The question is whether it will work or not,” Samajwadi chief Akhilesh Yadav had said.

Poonam is likely to file her nomination on April 18, which also the last day of nomination for the fifth phase of polling, scheduled for May 6.