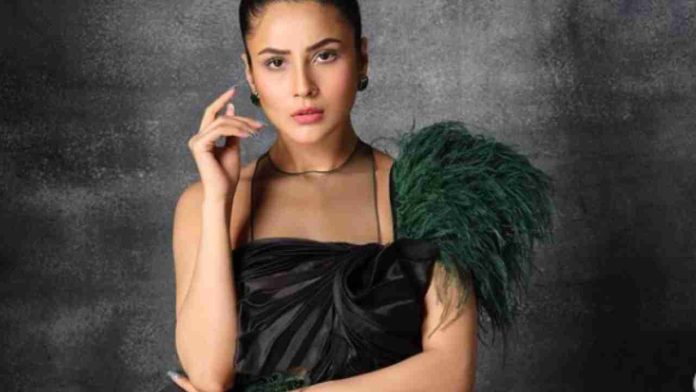 Punjab ki Katrina Kaif aka Shehnaaz Gill is gradually getting back on social media after the untimely demise of her actor boyfriend Sidharth Shukla. Recently, Shehnaaz had shared jaw-dropping pictures from her latest photoshoot in collaboration with noted Bollywood photographer Dabboo Ratnani.

On Friday, January 14 the BTS video of the same photoshoot is going viral on the internet. The reel video has been shared by the photographer on his Instagram handle. Sharing the video, Ratnani tagged the collaboration as shoot for the moon. He also used the viral song by Bruno Mars Talking to the Moon.

The Honsla Rakh actor can be seen posing flawlessly for the camera and looked nothing less than a million bucks in the video.

This is not the first time when Shehnaaz Gill and Dabboo Ratnani has collaborated. Earlier too, the artists have wooed their fans with masterpiece pictures.

Shehnaaz Gill has carved a niche for herself in the entertainment industry after her stint in the Colors TV reality show Bigg Boss 13. The actor garnered a colossal fan following on social media and is riding high on her success. Post the reality show, she appeared in several music videos like Bhula Dena, Shona Shona, Fly, Habit, to name a few.

Her impeccable acting helped her bag a titular role opposite Diljit Dosanjh and Sonam Bajwa in the Punjabi film Honsla Rakh. The film received rave reviews from both the critics and the audience. It also became the fourth highest-grossing Punjabi film in Canada.

After the demise of her boyfriend Sidharth Shukla, Shehnaaz made a public appearance after nearly two months for the promotions of her film. Several videos and pictures from the promotional event went viral on the internet and fans also hailed her grit.

Mouni Roy and Suraj Nambiar got married today in Goa in a South Indian ceremony. Have a look at the couple's wedding and pre-wedding pictures and videos here.
Read more
Cinema news & gossip