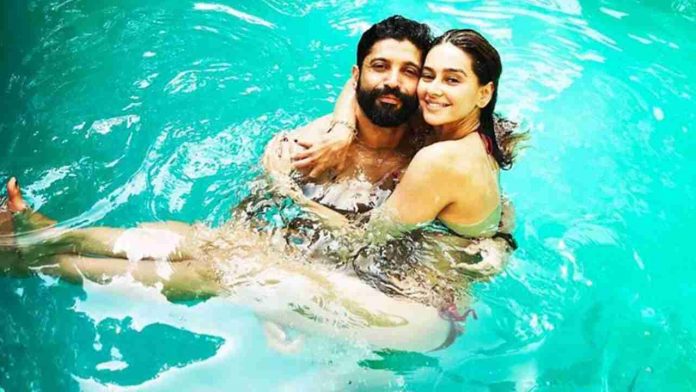 Actor and VJ Shibani Dandekar has turned a year older today. On her 42nd birthday, Shibani got her beau Farhan Akhtar’s name tattooed on her neck and she can not help but show off.

Sharing a photo of her inked neck on her Instagram story, Shibani gave a glimpse of how her tattoo looks like. The picture shows Farhan’s name written in stylish fonts. She wrote, “Inked by the best,” along with the picture. In another photo, Shibani also got a tattoo on her hand. The original photo was shared by tattoo artist Mr K.

In February, Shibani and Farhan celebrated three years of their relationship. The couple has been living together in the lockdown and often shared mushy pictures and videos on their respective Instagram handles.

Speaking about their wedding plans, Shibani had said in an old interview,

On the work front, Shibani was last seen in Love In The Times Of Corona. Earlier, she had also appeared in reality shows and web series like Four More Shots, I Can Do That, Khatron Ke Khiladi to name a few.

Pandya has played as a specialist batsman for Mumbai Indians (MI) and also didn’t bowl a single over during India’s warm-up T20 World Cup match against England. He had last bowled during India's tour of Sri Lanka.
Read more
Load more