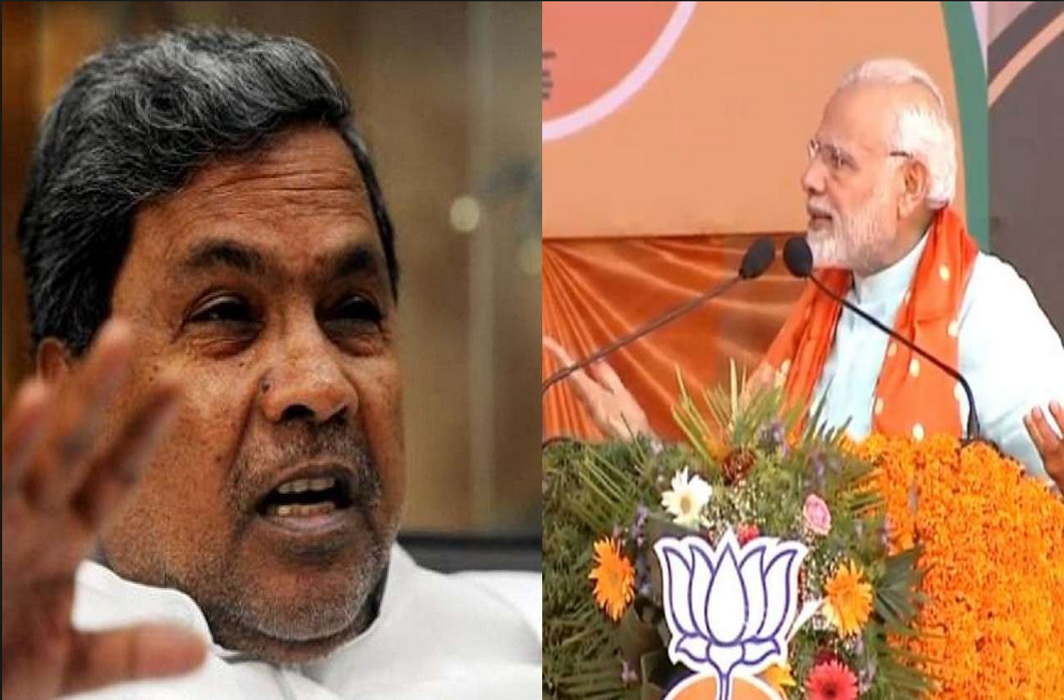 As charges flew thick and fast with only three days left for campaigning for Karnataka assembly polls, Karnataka chief minister Siddaramaiah sought to put a road block in BJP’s way with a legal notice for criminal and civil defamation against Prime Minister Narendra Modi, the BJP, its national president Amit Shah, and its Karnataka chief BS Yeddyurappa over corruption charges levelled against him.

The notice reads: “You have jointly and severally committed libel and offences punishable under Sections 499, 500, 501 and 502 of the Indian Penal Code. Therefore you are called upon to cease and desist from making such statements forthwith and give an unconditional public apology immediately through electronic, print and social media etc. in which the statements and advertisements have appeared. In the event you fail to do so, please note that you have rendered yourself liable to civil and criminal action and payment of exemplary damages of Rs 100,00,00,000/- (Rupees One Hundred Crores Only) and cost of this notice being Rs. 1,00,000/- (Rupess One Lakh Only) and my client shall intitiate [sic] appropriate legal proceedings as per provisions of the law of the land at your cost and consequences thereof.”

Siddaramaiah’s lawyer cited instances of political advertisements published by the BJP and speeches delivered by Prime Minister Narendra Modi during election rallies and accused the saffron party of promoting a “false” and “defamatory” propaganda against his client, reported The Times of India (TOI).

The notice contained excerpts and phrases from PM Modi’s speeches delivered during the election rallies and said that the PM has intentionally and unabatedly made several “defamatory” and “untrue” statements against the Karnataka chief minister.

“Advertisements are being published only for the purpose of harming the image of my client and the Indian National Congress Party,” the notice read.

Siddaramaiah’s counsel alleged that the allegations against his client are “false”, “fabricated”, and “politically motivated”.

Senior Congress leader Anand Sharma said Siddaramaiah did the right thing. He said the prime minister should go to court, prove the allegations, and show facts.

Karnataka chief minister Siddaramaiah had earlier accused PM Modi and BJP leaders of indulging in falsehood and trying to mislead the people and challenged them to an open debate.