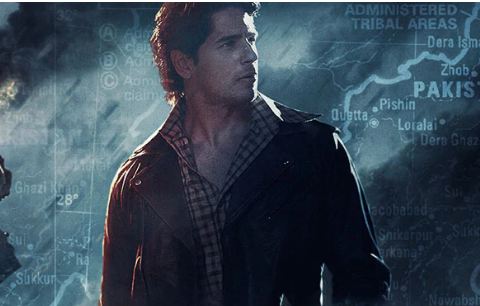 Bollywood heartthrob Sidharth Malhotra has turned a year older today. He debuted his acting career with the Student of the Year. He gave multiple Bollywood hits in his film career. However, he entered into modeling at a very young age. His acting, deep voice, and charming look have won millions of hearts.

Over the year, Sidharth Malhotra has garnered a fandom for himself and is now considered one of the most promising actors of the Hindi cinema. He made his acting debut with Karan Johar’s teen drama Student of the Year in 2012. The film served him with a nomination for Filmfare Award for Best Male Debut. However, he had started his Bollywood career as an assistant director in the 2010 film My Name Is Khan.

In 2014, Sidharth appeared opposite Parineeti Chopra and Adah Sharma in the romantic comedy Hasee Toh Phasee. He then starred in Mohit Suri’s Ek Villain co-starring Shraddha Kapoor and Riteish Deshmukh which became a commercial success. Later, he starred opposite Akshay Kumar in Brothers, Alia Bhatt and Fawad Khan in Kapoor And Sons, Katrina Kaif in Baar Baar Dekho, Jacqueline Fernandez in A Gentleman, Sonakshi Sinha in Ittefaq, Manoj Bajpayee and Rakul Preet Singh in Aiyaary, Parineeti in Jabariya Jodi, Tara Sutaria in Marjaavan, and Kiara Advani in Shershaah.

It was the 2021 film Shershaah that brought him rave reviews after a long time. His character as Kargil hero captain Vikram Batra was loved by both the critics and the audience.

As Sidharth Malhotra is inching towards his 37th birthday, here are the best romantic songs of the actor that redefined love.

Avinash Sachdev and Palak Purswani break up all ties, latter says respect and loyalty above love

Fans started sensing something when Palak and Avinash unfollowed each other from their Instagram accounts. None of them had given a confirmation. However, Palak finally chose to break her silence about their break up.
Read more
Bollywood news

Karan Johar, Parineeti Chopra, and Mithun Chakraborty will be the judges in Hunarbaaz. It's unclear whether Shehnaaz Gill will appear as a special guest on an episode or take on another role on the show.
Read more

In her viral video, UP Mein Ka Ba, Neha Rathore has criticised the Yogi Adityanath government over social issues including rapes, murders, and others.
Read more

RRB NTPC results out: Why RRB_NTPC_Scam trending on Twitter?

The Railway Recruitment Board (RRB) on Sunday released the results for the Computer Based Test (CBT-1) exam which was held between December...
Read more

In her viral video, UP Mein Ka Ba, Neha Rathore has criticised the Yogi Adityanath government over social issues including rapes, murders, and others.
Read more

RRB NTPC results out: Why RRB_NTPC_Scam trending on Twitter?

The Railway Recruitment Board (RRB) on Sunday released the results for the Computer Based Test (CBT-1) exam which was held between December...
Read more

National Startup Day: 5 Indian startups that hit across the globe

Prime Minister Narendra Modi, in a virtual gathering of over 150 entrepreneurs on Saturday, January 16, 2022, that the country will celebrate January 16 as National Startup Day.
Read more

Since marriage is a long-term commitment, a number of factors determine to whom and when should one get in a wedlock with. Timing is one of the most important factors.
Read more