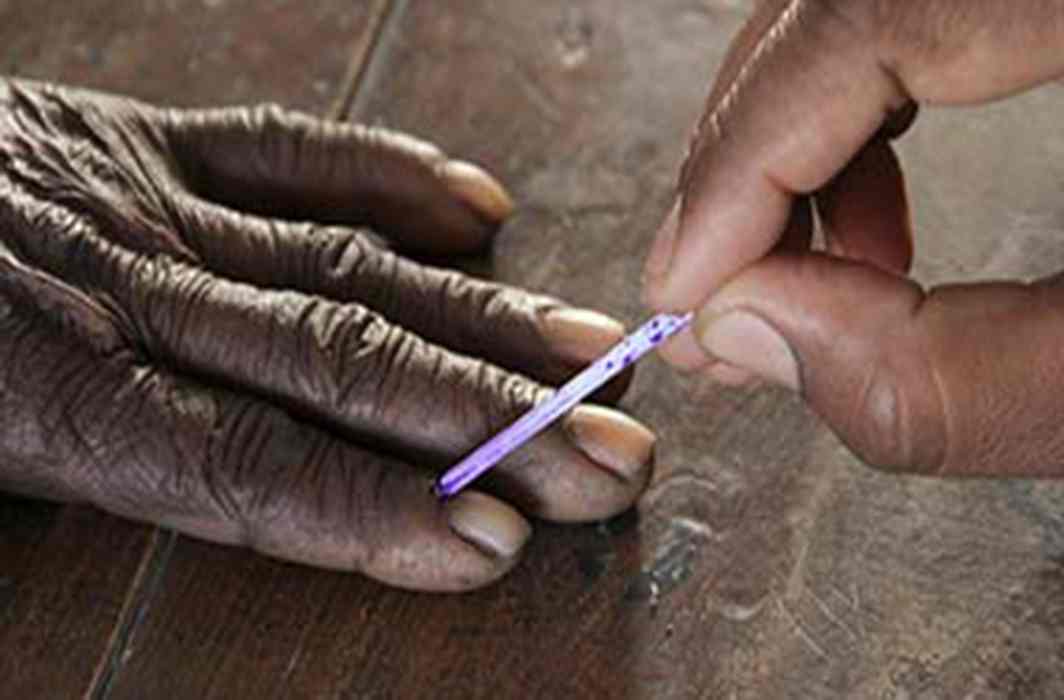 As the two-day consultation held by Law Commission on the issue of holding Lok Sabha and assembly polls simultaneously ended on Sunday, four political parties supported the idea and nine opposed it.

The two major national parties — the BJP and the Congress — stayed away from the Law Commission’s deliberations. The BJP has, however, written to the Law Commission Chairman, Justice BS Chauhan, stating that Prime Minister Narendra Modi has always argued in favour of simultaneous polls and sought time to submit their detailed response later.

Justice Chauhan is learnt to have asked that all representations be submitted by July 31.

The Congress said it would firm up its stand on the issue only after talking to allies and other political parties.

The DMK, JD-S, and AAP were strongly opposed to simultaneous elections and argued that the move was against “basic tenets of the Constitution.”

The TDP said while the One Nation-One Poll may be a “good idea”, it was “incompatible with the Constitution and impracticable.”

DMK Working President MK Stalin’s letter, submitted by party MP Tiruchi Siva, pointed out, “The Working Paper does not seem to have considered that the Lok Sabha is also capable of being dissolved before its five year tenure. If such a situation were to happen, it is unclear whether all Legislative Assemblies will also be dissolved to synchronise the electoral process again.”

“In a federal democracy you cannot think of simultaneous elections. This is a futile exercise. First and foremost poll reform should be to put a ceiling on expenditure but no one’s talking about it,” senior JD-S leader Danish Ali told The Hindu and added that the proposal was aimed against smaller regional players.

The SP, TRS, AAP, DMK, TDP, JD (S) and All India Forward Block met the Law Commission to put forth their views.

The SP, represented by Ram Gopal Yadav, supported the concept. But Yadav made it clear that the first simultaneous poll should be held in 2019, when the term of the 16th Lok Sabha comes to an end.

If simultaneous polls are held in 2019, the tenure of the Yogi Adityanath’s BJP government in Uttar Pradesh will be shortened.

AAP’s Ashish Ketan told the law panel that simultaneous polls are a ploy to keep people away from forming a government as the terms of houses will be extended if the two polls are held together.

He also dubbed the idea as a move to impose “managed democracy” in the country, a senior law panel functionary present in the deliberations, said.

He also said Prime Minister Narendra Modi should be governing the country and not addressing rallies if simultaneous polls are held.

In a written response to the law panel, Telangana CM K Chandrasekhar Rao said his party supports the idea as months are spent preparing for polls throughout the year. B Vinod Kumar, who represented TRS at the meeting, said the analysis that local issues would be overshadowed by national issues if simultaneous polls are held, is incorrect. He gave examples of Andhra Pradesh and Tamil Nadu to drive home the point that voters cast ballot keeping in mind both national and local issues.

The DMK, JD-S and AIFB also opposed the concept.

JD-S representative Danish Ali told the law panel that the idea is against federal democracy. He said if the government is interested in electoral reforms, it should first implement earlier law panel reports on election reforms and then discuss simultaneous polls.

Yesterday, Shiromani Akali Dal had supported the concept, saying it would reduce expenditure of parties and shorten the period of the model code of conduct which hampers development work.

The AIADMK, represented by Lok Sabha Deputy Speaker M Thambi Durai, had said holding the two polls together is “desirable” but certain “practical” and “serious” issues need to be settled first.

The TMC Congress was represented by Kalyan Bandhopadhyay, a Lok Sabha member, at the meeting. His party too had opposed the concept saying, regional issues would be overshadowed by national issues, and national parties with their “money power” would steal a march over smaller players.

The CPI(M) had last week told the Law Commission that holding Lok Sabha and Assembly polls together is inherently “anti-democratic” and negates the principles of federalism which is a fundamental feature of Constitution.

CPI(M) General Secretary Sitaram Yechury had written to the panel, listing the party’s objections to the proposal stating that it goes beyond the ambit of law reform entailing major amendments to Constitution, and would run against both the “letter and spirit of our Constitution”.

Yechury had said that it “may not be necessary” that his party attends the consultation.

Seeking to give shape to the government’s concept of “one nation, one election”, the Law Commission’s internal working paper has recommended holding the Lok Sabha and Assembly polls simultaneously but in two phases beginning 2019.