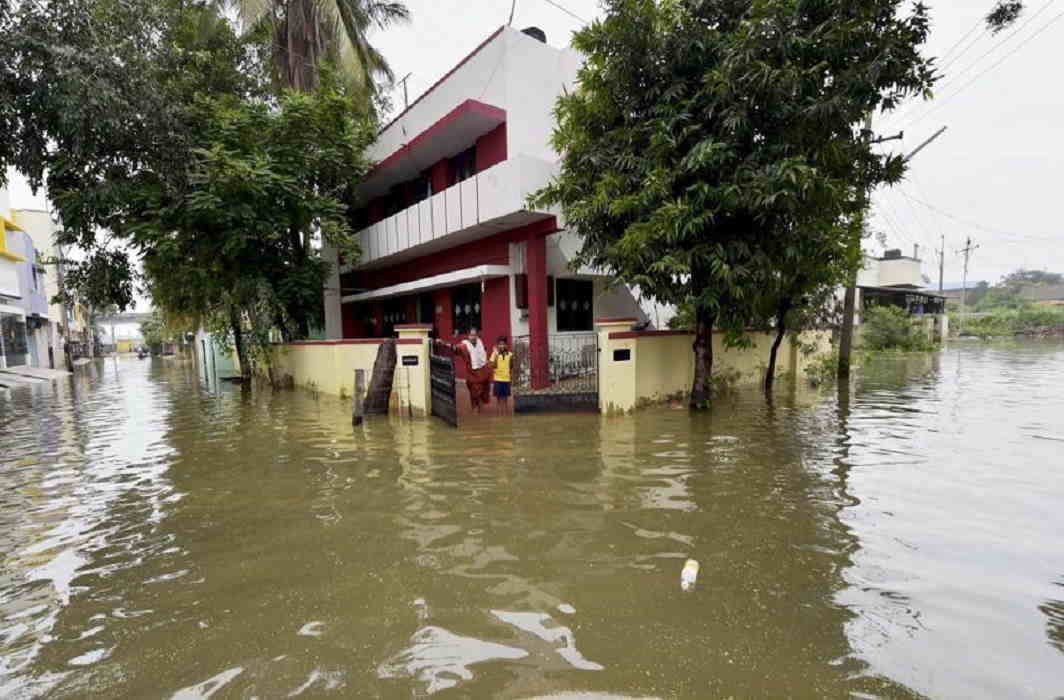 At least six people have died due to heavy showers and subsequent flooding in Chennai and other coastal districts of Tamil Nadu in the last couple of days.

The present condition of Chennai and adjoining areas, locals said, was a reminder to the 2015 floods in the state that killed more than 150 people. TV footage from many areas in Tamil Nadu, especially suburbs, showed water logged roads and partially submerged houses and vehicles.

Schools in most of the coastal Tamil Nadu districts including Chennai were shut for the second day on Wednesday as meteorogical office predicted more rain in the region.

“In the last 24 hours, fairly widespread rainfall has been recorded over Tamil Nadu. In the next 24 hours rainfall is expected over coastal region and southern part of the state,” Met Director, S Balachandran told PTI.

Meanwhile, a minister has claimed that his state is better at managing rain as compared to the United States and the United Kingdom.

“It rained in Bengaluru recently, earlier it rained in the UK and US and we were told it was flooded everywhere. It shows our action is better than those of developed countries,” Tamil Nadu’s Municipal Administration Minister SP Velumani said on Tuesday.

Of the six deaths, two girls, aged 8 and 9 years, died of electrocution after stepping on a wire that had snapped and fallen into stagnant water in Chennai’s Kodungaiyur on Wednesday.

The rainfall has, however, addressed Chennai’s water shortage concern to a large extent. The city had received deficit rain last year and was staring at a similar scenario this year with a less than normal southwest monsoon.