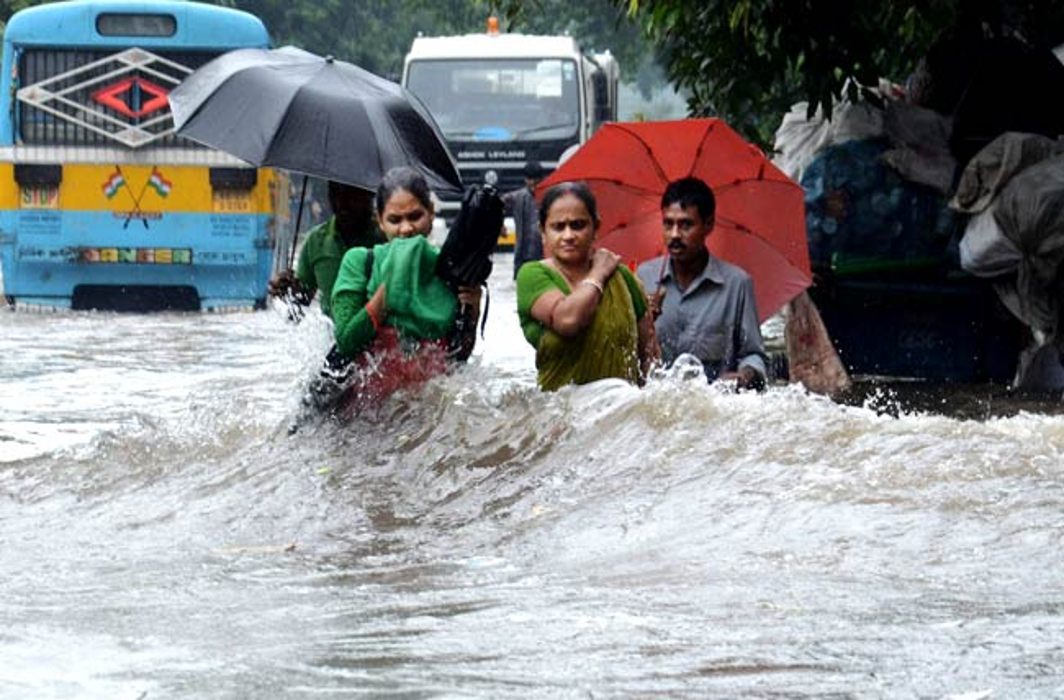 Picking up strength after a period of lull, heavy monsoon rains lashed the country, claiming lives in different parts including the metro cities of Kolkata and Mumbai.

At least 11 people were killed in rain-related incidents in Mumbai and southern districts of Bengal, said media reports.

Waterlogging was reported in several places of Mumbai and Kolkata, disrupting rail and road traffic for several hours.

Five persons died in lightning strikes and one drowned as heavy monsoon showers left various areas of the metropolis and the south Bengal districts waterlogged on Monday, a state disaster management official said.

The Meteorological Department (Met) office has predicted widespread rainfall in the southern districts over the next three days.

“A seven-year-old boy was killed in Purulia district’s Bhomragora village and two others were killed in Rajendrapur of Basirhat II block and Keutepara in North 24 Parganas district due to lightning strikes”, he added.

The downpour affected services of Eastern Railway and South Eastern Railway, as the speed of trains, had to be curtailed following water logging on tracks. Areas like the Eastern Metropolitan Bypass, Mahatma Gandhi Road, Syed Amir Ali Avenue, Behala, Khidirpur, Ultadanga and Patipukur underpass saw an accumulation of water as the skies opened up from the early hours.

“In the EM Bypass area, there was a drainage system which has got choked due to which the area has become waterlogged. I have visited the area along with other officers. We are working on a Detailed Project Report for coming up with a new drainage system and we will arrive at a solution soon,” said KMC Mayor-in-Council, drainage, Tarak Singh.

The maximum rainfall received till 10:30 am. Monday is 33.4 mm with relative humidity at 92 per cent, HT reported. The state government has alerted district administrations to be ready with relief materials in case of large-scale inundation.

Meanwhile, the incessant heavy rains have lashed Mumbai since Sunday claiming seven lives. The transport system was badly hit, as roads in certain parts of the city were flooded, leading to traffic snarls.

Two persons were killed last evening after a tree fell on them in south Mumbai, an official of the Brihanmumbai Municipal Corporation’s disaster management unit said, ANI reported.

A 13-year-old boy was killed and his parents were injured when a wall collapsed on their house at Wadol village in Thane,a regional disaster management cell official said.