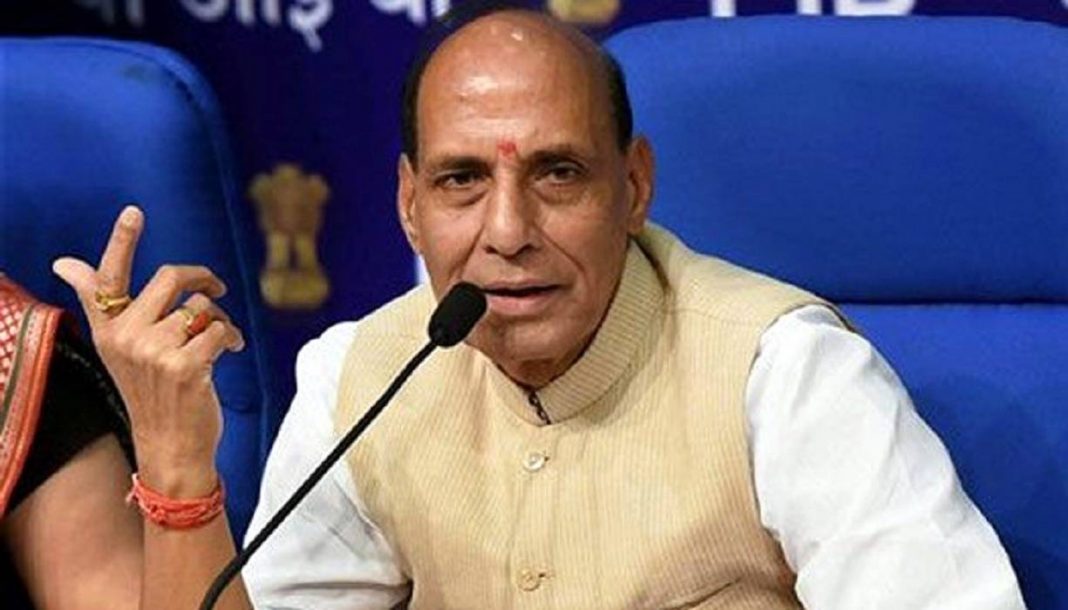 Home Minister took all questions without answering most of them

The majority of questions at Home Minister Rajnath Singh’s press briefing on Saturday to mark three years of the Narendra Modi government centered on the deteriorating situation in the Kashmir Valley. The questioners wanted to know whether the government would take a tough stand against Pakistan, whether there would be talks with hardliners and whether the solution is to be found in military or political terms.

In a rare instance with a member of this government, Singh took all the questions on board, deflected most of them, and expressed in bland terms that the situation is “improving” in the Valley and it would become stable soon enough. He did not snub any of the questioners for pressing on with the K questions because it seemed that all the questioners were sufficiently anti-separatist and anti-Pakistan in their tone of questioning.

One of the reporters of a channel told the minister about the sting operation carried out by the channel showing Hurriyat leaders accepting money from Pakistan sources, and persisted in knowing whether government would take stern action against them now that proof of wrong-doing has been established. Singh did not walk into the trap but he seemed pleased by the line of questioning.

The journalists wanted Singh’s response to the fact that the protests in the Valley were not any more Pakistan-centric as much as they were Islam-centric. Singh amiably evaded an answer. He refused to answer whether the Army chief’s support for Major Leetul Gogoi for using a Kashmiri civilian as a shield was right, and what his view was in the matter, and he was told that his cabinet colleague M. Venkaiah Naidu supported the army action. All that Singh said was that Naidu was right.

Singh adopted a politically correct stance and said that youth of Kashmir were the future of the country as well as Kashmir, and it is not right that they should be using their hands for pelting stones. He squarely blamed Pakistan for misleading and inciting the students. He said a Pakistan which could not manage to hold Balochistan, Federal Authority of Tribal Areas (FATA), Sindh and Khyber- Pakhtunkhwa, and which had earlier failed to keep its eastern part (now Bangladesh). He also said that the government was willing to speak to any group in the Valley which was willing to talk, and that no one was excluded.

He admitted the Kashmir problem cannot be solved in a jiffy because it has been there since 1947, and he said that the solution will have to be an integrated, and not a piecemeal, one.

The Home Minister was quite at home with the media, and he did not hesitate even to banter, recognizing many of them by name. Members of the Modi government, following the prime minister’s stay-away-from-the-media policy, have been quite wary of media interaction. But Singh let his guard down as it were, and interacted rather freely with the reporters.

His other areas of focus were the Left-wing extremism affected areas, which he glibly referred to as LW and the North-East. When there was a pointed question about the recent Sukma ambush where policemen were killed, he passed over the question. When asked about the settlement of Rohingya Muslims in Jammu, there was a visible fumble when he said it was for the state government to handle.

When asked for his reaction on the NIA raids in Kashmir, Singh refused to comment, saying he didn’t want to comment on it because it was an autonomous agency.