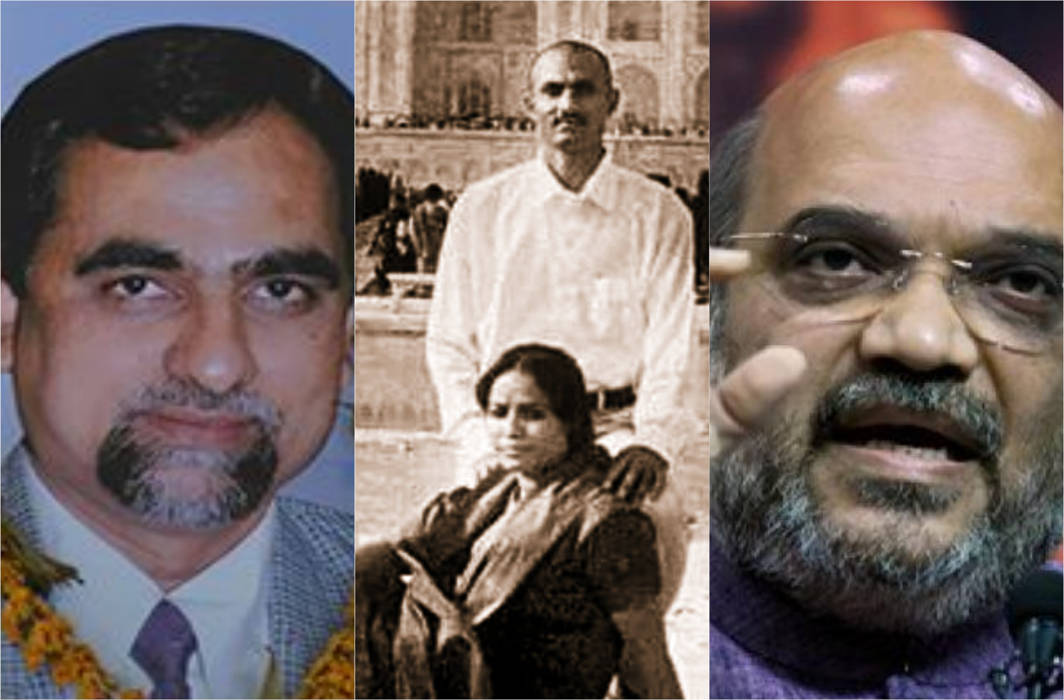 Finally, the verdict in Sohrabuddin  Shaikh alleged fake encounter case went the way that was apparent through the various stages the trial went through, will all accused being acquitted owing to witnesses turning hostile and prosecution failing to provide clinching evidence.

The special CBI court in Mumbai hearing the encounter killing case of Sohrabuddin Shaikh, his wife Kausar Bi and his aide Tulsiram Prajapati in 2005 and 2006, today (Friday, Dec 21) acquitted all 22 accused, citing lack of proof.

The case had drawn much attention as BJP chief Amit Shah was also an accused in the case but was discharged later. The case and Shah was also referred to as the reason behind the ‘mysterious’ death of Judge BH Loya, who was handling the case, as well as deaths of retired judge Prakash Thombre and advocate Shrikant Khandalkar who were supposedly his confidantes. It was alleged that Judge Loya was under pressure to give a judgment favourable to Shah.

A report on news portal ‘thecitizen.in’ said: “Loyla’s (sic) death followed his appointment as the Judge of the CBI trial court. His predecessor had been transferred as he pulled up Shah for not appearing before the court. Loyla did the same and now three years after he died, his family has raised a number of questions that constitute the Caravan story. Significantly, Loyla’s successor MB Gosavi was more accommodating and he discharged Shah agreeing with the argument that he had been framed by the CBI, and was not involved.”

As for suspicions about Judge Loya’s death, the Supreme Court ruled there was nothing suspicious about Loya’s death and there is no need for investigation.

Today, in its verdict on Sohrabuddin Shaikh encounter case, the court said the CBI could not establish that policemen abducted Sohrabuddin from Hyderabad, brought them to Valsad and kept them in illegal confinement. Reading its order the CBI court said, “Government machinery and prosecution put in a lot of effort, 210 witnesses were brought but satisfactory evidence didn’t come and witnesses turned hostile. No fault of the prosecutor if witnesses don’t speak.”

Sohrabuddin Sheikh, an alleged gangster, was killed in an alleged fake encounter in 2005 by the Gujarat Police. His wife was allegedly raped and killed three days later. Shaikh’s aide Tulsiram Prajapati was the sole witness to the murders. He was in police custody after the incident but was shot dead in another encounter in December 2006, when the police claimed he was trying to escape.

There were 22 accused policemen and others in the case who have been facing trial. Out of the 210 witnesses brought in by the prosecution, 92 have been declared hostile.

“CBI prosecution tried its best to prove the case, but unfortunately the evidence, even after three chargesheets were not substantial enough to prove the allegations beyond doubt… Despite three investigations, the evidence is lacking.”

“The prosecution had only three important witnesses to establish its claim about the abduction of Shaikh and Kausar Bi from the bus[, but they] had turned hostile. Besides that, they had no evidence to prove their case,” the judge said.

“Tulsiram Prajapati’s abduction story could not be proved. The CBI in its third chargesheet had claimed that he was the third person travelling with Shaikh and Kausar Bi on the bus from Hyderabad to Sangli. However, the material evidence and witnesses in the court have established that he was not on the bus. He was arrested from Bhilwara directly on November 26, 2005,” the judge said.

The court said the allegation that Tulsiram Prajapati was murdered through a conspiracy is not true. CBI could not establish that Ashish Pandya was called by Vanzara for killing Tulsiram Prajapati in an encounter, according to the court.

The court also expressed sorrow at its inability to convict anyone and said, “I feel extremely sorry for the family of Sohrabuddin Shaikh, and Tulsiram Prajapati, especially his mother Narmadabai. But the evidence before me could not establish the roles of any person accused in the case…[there is] no material evidence to prove any charges against the accused.”

The court also rejected applications of two crucial witnesses seeking re-examination, saying they were not tenable. The witnesses had alleged that they were threatened by the accused on the day their statements were recorded and hence they could only manage to give a partial statement. Interestingly, lawyers of both witnesses were not present today, reported TheWire.

Deputy SP Patel had been accused of intimidation and evidence tampering. However, the court said on Friday that there was no evidence to show that he had used his power to try and intimidate anyone.

According to the CBI, Shaikh, an alleged gangster, his wife Kausar Bi and his aide Prajapati were abducted by Gujarat police from a bus when they were on their way to Sangli in Maharashtra from Hyderabad on the night of November 22 and 23, 2005.

The case was initially probed by the Gujarat CID before the CBI took over in 2010. The Supreme Court in 2013 directed that the trial be shifted to Mumbai from Gujarat on the central agency’s request to ensure a fair trial.

The prosecution examined 210 witnesses, of which 92 turned hostile.

On November 29, 2017, when the first witness was to be examined, the trial court suddenly gagged the media from reporting on the case on a plea made by the defence advocates. Several journalists, including from The Wire, appealed against the order before the high court, which set aside the order on January 24.

Justice Revati Mohite-Dere, who set aside the gag order and was initially hearing the bunch of discharge applications — decided by Justice A.M. Badar on Monday — was transferred soon after, in February.

Even on the day of the verdict, the court is yet to decide on several contentious applications by key witnesses seeking re-examination. Witnesses have claimed that they have been threatened and faced intimidation from the policemen facing trial. Similar claims have also been made by the complainant and Prajapati’s mother Narmadabai in her exclusive interview to The Wire. Although a prime witness, she failed to appear before the court for deposition.

On Thursday, the Ministry of Home Affairs suspended Gujarat cadre Indian Police Service officer Rajnish Rai, who was the first investigator in the case and had arrested three IPS officers accused in the case, reported The Hindu. Rai had reportedly written to the ministry seeking voluntary retirement in August, but the Centre had rejected his plea.

On November 20, former chief investigating officer Amitabh Thakur had claimed that Shah, who was the state’s home minister at that time, and four senior police officers benefited politically and monetarily from the case. All the five named by Thakur were discharged by the trial court between 2014 and 2017.