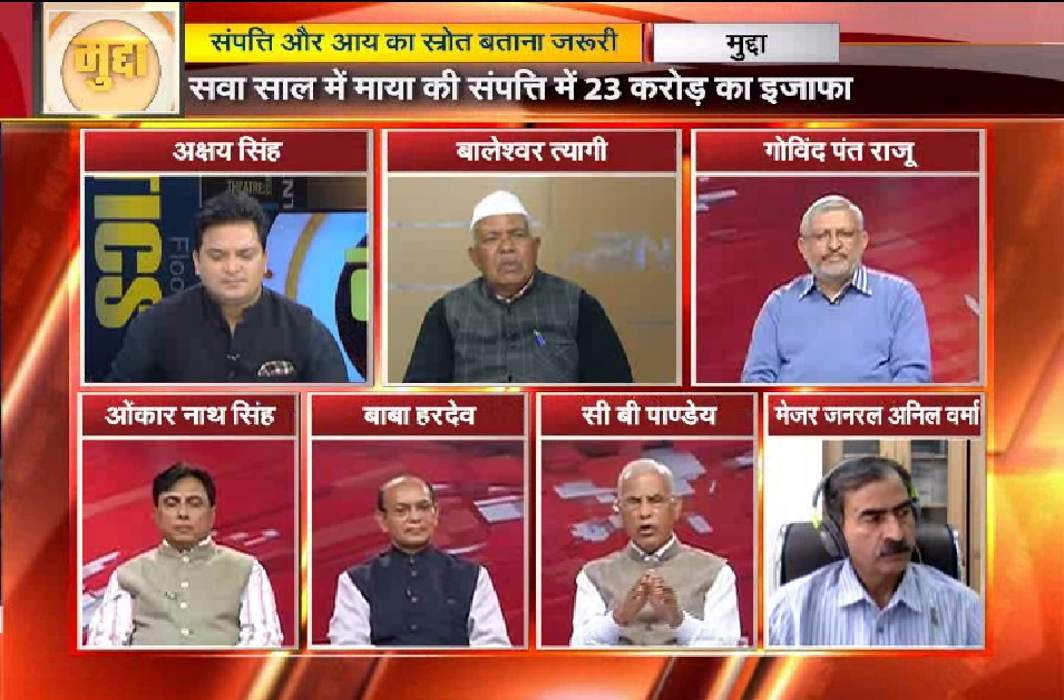 Mudda panel congratulates activist SN Shukla for taking the initiative after apex court says not just candidates, their spouses and dependents, too, should reveal source of income and property while filing nomination

Friday’s Mudda discussed the Supreme Court’s landmark judgment which makes it compulsory for political candidates to disclose their source of income along with their assets.

On February 16, in a landmark judgment, the Supreme Court said that all political candidates contesting an election will have to disclose their source of income, including that of their spouses and dependent children. Presently, the candidates have to disclose the details of their assets and also that of their spouses and three dependents. The judgment delivered by a bench headed by Justice J Chelameswar came in response to a petition filed by NGO Lok Prahari. The Association for Democratic Reforms (ADR) had also given examples of such politicians in the Supreme Court, whose wealth had increased exponentially in the past years.

The APN show presented a report on the increase in the property of politicians in recent years. Shukla called the decision a milestone. He said there were cases in which some of the parliamentarians’ assets increased five times in five years. He said that it is important that the candidates while contesting elections reveal the source of their income as well, so that voters come to know whether the ‘sudden’ increase shown in the property is through valid sources or not. He informed the audience that his NGO had given the names of 257 MPs to the income tax department for investigating but the I-T department could investigate only 11 parliamentarians.

Anil Verma of ADR started by congratulating Shukla for the victory he got in court and said that the judgment has to be read so as to understand what has become of the other prayers made in the petition since declaration of income source was just one of the requests. He explained how presently the political candidates escape by mentioning unspecified random professions in their affidavits. “Some of the candidates had mentioned agriculture, social service and business as their professions. One of the candidates who had mentioned government service as his profession had shown his annual income to be Rs 3 crore. Now which government service gives you an annual income of Rs 3 crore?” asked Verma.

Govind Pant Raju was a little pessimistic about how the decision is going to change the future because he felt that the politicians can always come out with a legal loophole to hide their corruption.

Shukla had a solution. He said that the other prayers in the PIL also ask for the cancellation of nomination of guilty lawmakers. He said that there must be a permanent machinery to take care of such cases. “We have presented a framework of such machinery before the apex court. We have also submitted the list of parliamentarians whose assets increased exponentially and asked the court the matters be individually investigated,” Shukla said.