Home Latest Politics News Sonia Gandhi outlines challenges for Rahul as he takes over the reins... 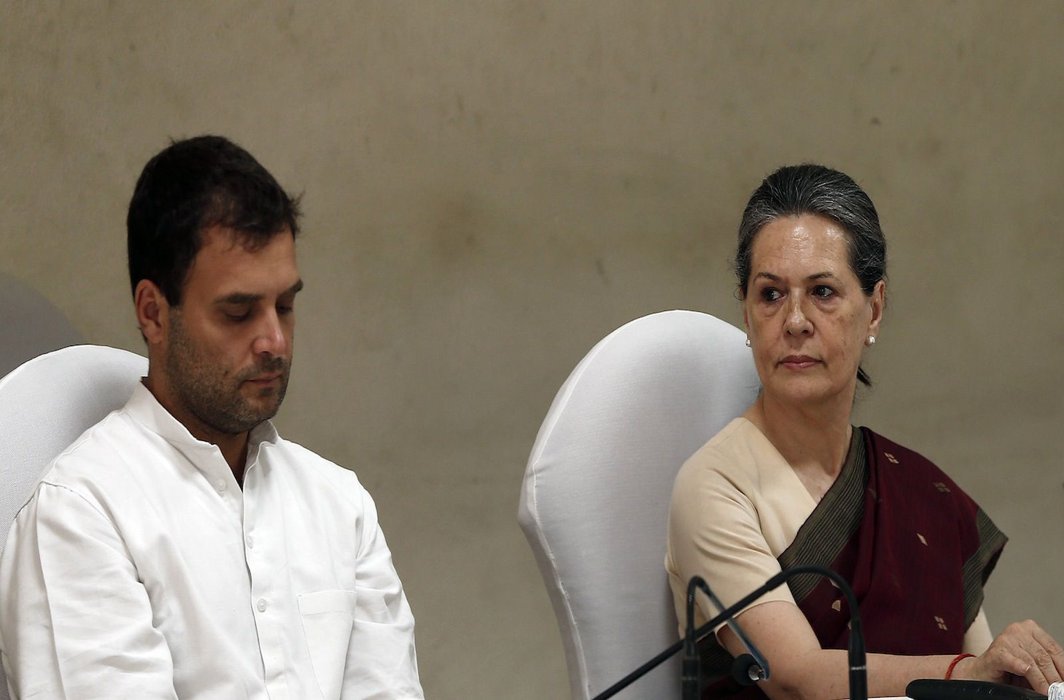 As Rahul Gandhi formally took over as Congress president on Saturday, taking the baton from his mother Sonia Gandhi who held the post for 19 consecutive years, there could have been no one better to tell him about the many challenges that he will face now as the leader of the 131-year-old Grand Old Party than his mother, Sonia Gandhi who demitted the office after holding it for 19 consecutive years.

That Rahul takes the reins of the party at a time when its electoral strength and credibility have hit rock bottom would be an understatement, and Sonia made it a point to succinctly outline the scenario for her son.

Delivering her last address as Congress president at the party headquarters on 24, Akbar Road on Saturday morning, Sonia – who like her son had taken over command of the party when it was facing an existential crisis – said: “Since 2014 we have been playing the role of opposition. The challenge that we face today is the biggest one. Our constitutional values are being attacked, our party has also lost many elections but our party will never bow down.”

“Congress should introspect and move forward and stand by its values… It is a moral battle, we have to set our house in order and be ready for the fight and to make any sacrifice,” Sonia added.

Sonia’s advice to her son comes just two days ahead of the declaration of results for the recently concluded Gujarat and Himachal Pradesh assembly polls where most estimates show the Congress losing the battle. Rahul had led the party’s campaign in Gujarat – the home state of Prime Minister Narendra Modi and BJP president Amit Shah – where the Congress has been out of power for the past 22 years.

She also recounted how the assassinations of her mother-in-law Indira Gandhi and later her husband Rajiv Gandhi – both former Prime Ministers – had left her devastated but that their memory and dedication to the Congress party and the country had helped her shed her reluctance to join politics and lead the party at a time when it was in power in just three Indian states and was in the Opposition at the Centre.

The former Congress president Sonia Gandhi said that it would not be proper for her to praise Rahul – her son – but asserted that the vicious vitriolic attacks that he had faced ever since his foray into politics in 2004 had made him fearless and that she was proud of his endurance and  determination.