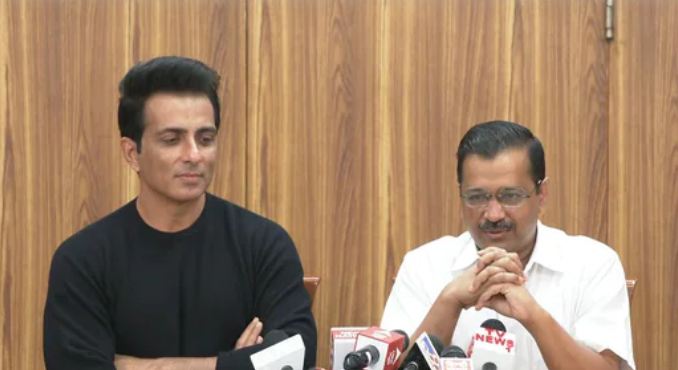 After reports of Income Tax raid at 6 locations linked to actor Sonu Sood surfaced online on Monday, tweeple has come out in support of Dabang actor.

Hours after the news, tweeple took to twitter and condemned the act done by Income Tax department of the country. Among the tweeple who have tweeted in support of Sonu Sood, some are believed that the actor is being raided because he met with the Aam Aadmi Party chief Arvind Kejriwal last week.

The Aam Aadmi Party has also come out in support of actor Sonu Sood.

Taking to twitter, the Delhi chief minister Arvind Kejriwal said there are millions of difficulties on the path of truth, but the truth always wins. Sonu Sood has the prayers of lakhs of families of India who got his support in difficult times, he tweeted.

Income Tax Department officials descended on the premises linked to actor Sonu Sood in Mumbai and some other places on Wednesday in connection with an alleged tax evasion probe, official sources said.

Appearing in 2 minute video on twitter, Atishi, an Aam Aadmi Party MLA from Kalkaji, said the IT raid on Sood is a clear message by the BJP that they will victimise anyone who does good work for the country. In her tweet she also asked that was it a crime for Sonu Sood to help migrants during the lockdown?

The Vice Chairman of Delhi Jal Board and MLA from Rajinder Nagar, Raghav Chaddha tweeted that the IT raid on actor Sonu Sood is nothing but a witch hunt by an insecure government against a giant philanthropist considered a ‘messiah’ by millions. His only crime is that he worked for the welfare of downtrodden when they were orphaned by the BJP government during Covid lockdown, tweeted.

Ishudan Gadhvi, a local journalist from Gujatar, who had recently joined the Aam Aadmi Party, has tweeted that the government is misusing the agencies a lot but they forget that the rule of Ravana was gone and that of Alexander too! Sonu Sood’s work was excellent but the only mistake he has his association with good people, he tweeted.