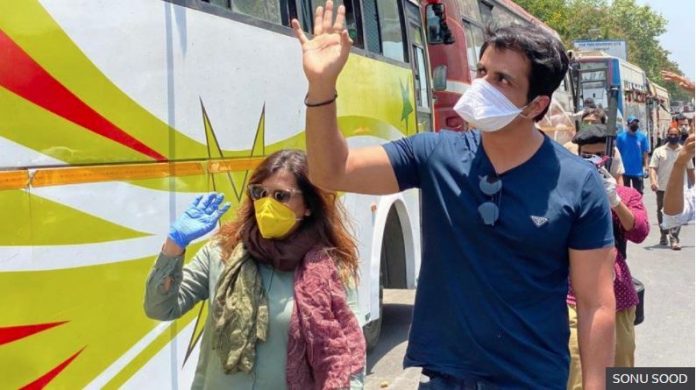 The Income Tax Department on Wednesday surveyed the actor Sonu Sood’s premises in Mumbai and a company in Lucknow linked to him, the sources said.

The raid is underway at six locations connected to Sonu and his companies. The IT officials were conducting the survey at his residence since the morning.

Reports said the IT department surveyed Sood’s property due to alleged tampering in the book of accounts related to the actor.

The IT raid comes days after Sood was named as the brand ambassador for the Delhi government’s mentorship programme for school students. There were speculation about his joining the AAP after meeting with Delhi Chief Minister Arvind Kejriwal. Later he had also refused questions on the possibility of joining Aam Aadmi Party (AAP).

In a recent interview, the actor had clarified that the reports highlighted in a section of the media on his political ambitions were false and baseless. Sonu had also clarified that he and his family Sood have no interest in politics.

Sonu Sood is one of the prominent Indian film personalities and had drawn nationwide praise during first Covid lockdown for his efforts to repatriate migrant workers to their native villages.

In September 2020, Sood had been awarded 2020 SDG Special Humanitarian Action Award by the United Nations Development Program (UNDP) for his humanitarian work during the Covid. At present, he is running the Sood Charity Foundation to help every Indian.

On the work front, the actor will next be seen in the period drama ‘Prithviraj’. Sonu is also a part of the Telugu action-drama Acharya.